Netflix's 'Jurassic World: Camp Cretaceous' Sends a Bunch of Kids into the Mouth of the Beast

Are these kids gonna be… okay? 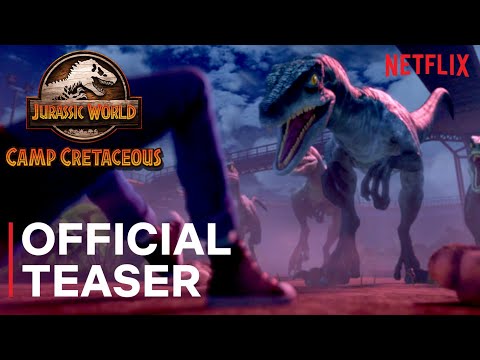 You know what's not a good idea? Going to Jurassic Park. You know what people just won't stop doing? You guessed it. This September, Netflix will debut its new CG-animated Jurassic series, Jurassic World: Camp Cretaceous, which dumps a bunch of teens into a once-in-a-lifetime summer camp trip right in the middle of a catastrophic dino breakout.

Ahh, the rowboats on the river, the ziplines across the Brachiosaurus ravine, the little bubble cars floating along on their scenic track, the, uhh, constant technical failures that make stepping upon the shores of Isla Nublar akin to having a death wish. Camp Cretaceous dumps a group of kids straight into the middle of the crisis that took up most of 2015's Jurassic World, except, in this show, they're on the other side of the island. No Chris Pratt's in jeans and fishing vests here to save the day -- they're gonna have to get away from the Pterosaurs, the Indominus Rex, and the Tyrannosaurus all on their own.