Kacey Musgraves Officially Made the Best Album of 2018

UMG Nashville
This post was originally published on April 6, 2018, and has been updated to reflect Musgraves' winning night at the Grammys 2019. For other awards season coverage, here's what you missed at the Golden Globes, and what to expect from the Oscars.

Here is Kacey Musgraves' recipe for making her "galactic country" music: trip on acid, find love, drink Guinness with Sheryl Crow. The 29-year-old from Golden, Texas (pop. 398) has spent her songwriting career blowing past country music's social taboos -- she blatantly talks about smoking weed, queer love, and the patriarchy in her lyrics, with the press, and at her shows -- and with her latest (and, now, Grammy-winning) album, Golden Hour, Musgraves breaks out from the finite boundaries of country music itself, shooting into the stratosphere of mainstream, genre-bending pop artists. "My goal for myself has always just been achieving total musical freedom," Musgraves told The FADER, and hypotheticals she's posed to interviewers encapsulate how she conceives of that goal: What if Sade or Imogen Heap made a country record?

The execution of her vision has resulted in the critical consensus that she's put out one of the best pop records of the year thus far, regardless of whether or not it's technically country music. Golden Hour is an homage to the things Musgraves loves -- her hometown, her family, her individuality, her drugs -- but especially to her husband and fellow musician, Ruston Kelly, whom she met at a writer's round at the Bluebird Cafe in Nashville. (They also composed "To June This Morning" together for Johnny Cash: Forever Words, wherein Cash's son tapped different artists to put some of the artist's lingering poems to music.) Which means that, yeah, the record displays some of the cheesier trappings of country-pop songs, but the standout songwriting and clever arrangements override the woozier love-drunk moments.

Golden Hour retains the soul of Musgraves' country roots, but shirks the twang for a quality more cosmic. Beyond the Sade/Imogen Heap influences, she's admitted to listening to a lot of Bee Gees while writing this album, and has invoked both Selena and Tame Impala, even while maintaining that nobody "loves traditional country music more than me." The lead singles complete the orbit: she directly credits the drippy synth line in "Butterflies" to the "melt-y ear candy" of Tame Impala, and "Space Cowboy," with its already booming timpanis getting an extra shot of reverb, mirrors the distance she's singing about putting between her and an ex ("You can have your space, cowboy").

"High Horse" -- without contest The Jam of Golden Hour -- is the most radical stylistic departure from her back catalogue, rocking a disco beat and slapping bass not unlike newer Daft Punk, and sneering ("'Cause everyone knows someone who kills the buzz / Every time they open up their mouth") where her love songs ogle. But even the cheesier, more flyover-friendly songs carry thoughtful melodic touches or instrumental leads that make each track memorable. The lyrics of "Oh, What A World" read like a gushy diary entry of someone who dropped acid for the first time with her boyfriend to see the trees breathe, but that Vocoder intro works to diffuse the cliche lines about magic and color.

By the same token, the two piano songs on Golden Hour feel earnest and intimate. Musgraves channels saccharine melancholy with self-aware restraint in the minute-and-a-half "Mother," which she wrote after texting with her mom while tripping. Ending the record, "Rainbow" offers closure in the cheery message -- "Well, darlin', I'm just tryin' to tell ya / That there's always been a rainbow hangin' over your head" -- intrinsic to Musgraves' persona. Life can suck and it often does, but there's still beauty to find in it so why not start the record over?

For those who don’t follow the genre, Musgraves’ revelatory breakout might seem like it came out of left field. It hasn’t, really: before 2019 as a solo artist, she’d already been a two-time Grammy winner (beating Taylor Swift both times); a three-time CMA winner, including song of the year for "Follow Your Arrow" in 2014; and placed seventh on the reality show Nashville Star when she was 18, an appearance Musgraves herself derides as not great. Musgraves cleaned house at the 2019 Grammys, winning Album of the Year, both in country and the general field, Best Country Solo Performance for "Butterflies," Best Country Song for "Space Cowboy." Golden Hour won Album of the Year at the CMAs. Before she started keeping songs for herself, Warner Bros./Chappell hired her as a staff songwriter, and well before she moved to Nashville, she wrote and recorded yodely country albums while her family acted as her manager and agent on local circuits. Lately, she’s toured with Little Big Town and Katy Perry, she did two months on the road with Harry Styles, and has extended her Oh, What A World tour with 17 new dates in the late summer. 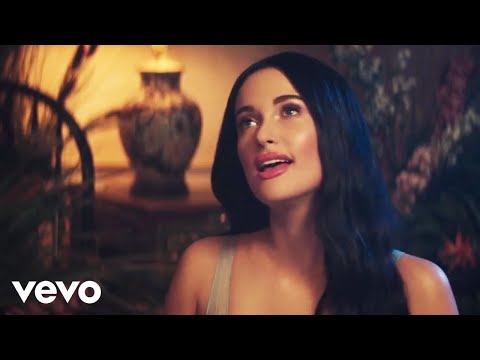 Her popularity wasn’t greased, however; though her past two albums, Same Trailer Different Park (2013) and Pageant Material (2015), certainly sound like the music you’d expect to hear flipping through every station while driving a rural stretch of I-70, she was largely blacklisted from country radio, aside from "Merry Go Round" in 2013, for a few reasons. (Nevermind that a deejay once described a successful and sexist country radio formula as a salad, men as the lettuce and women, the tomatoes, setting off "Tomato-gate.") One, her lyrics come with a no-bullshit frankness emblematic on songs like "Pageant Material," about the reasons she will never, in fact, be "pageant material," and "Good Ol' Boys Club," a refusal to play nice with the male dominance in the record industry. Two, she talks about taking morning bong hits like it were as commonplace as a cup of coffee. Three, she's openly championed LGBTQ rights in a space that's traditionally very concerned about gender and sexual normativity.

The last of her more contentious qualities might be a turnoff to the aging gatekeepers of country radio, but her outspoken gay positivity and love of drag have helped her find her fanbase, which has only grown recently with the swell of positive press and appearances on Colbert, Fallon, and Ellen. Though Musgraves avoids labeling her more progressive takes as activism, she's introducing the world-at-large to the growing ethos within the younger generation of country artists like Jason Isbell and Maren Morris whose outward politics are moving further left (and closer to its egalitarian, populist roots), and whose sensibilities are redefining the musical contours of a genre that's been hammered into a red-state stereotype. Sure, Musgraves has attracted the (well-deserved) attention of urban media types, perhaps to the frustration of fans more steeped in the country music scene, but ultimately, her success helps reinforce that country was never a homogenous mass; there's always space for new types of cowboy.

Leanne Butkovic is an entertainment editor at Thrillist, followable on Twitter @leanbutk.