Did the '90s Officially Die With the Gen-X Rave Comedy 'Go'?

In 1996, Doug Liman helmed Swingers, the breakout buddy film largely responsible for your friends saying things like, “You’re so money and you don’t even know it!” and that guy in your dormitory signing up for swing lessons. In other words, Swingers’ influence on popular culture may not have been profound, but it was briefly unavoidable.

For his follow-up, Liman took on a small-budget ensemble comedy called Go, which aspired to do for the teen-rave underground what Swingers did for zoot suits. It also happened to star a young Katie Holmes, fresh off of her first year of Dawson’s Creek, and a handsome actor named Timothy Olyphant, who would later anchor prestige-TV favorites Deadwood and Justified. While Go made far less of an impact upon its release than Swingers, I preferred the one that centered around a bunch of dirtbag kids who worked at a supermarket and sought a weekend of reckless excess. Being a dirtbag, 20-year-old raver who worked in a mall at the time, I could relate.

Having not seen Go since its theatrical rollout in April 1999, and eager to revisit with fresh eyes and 16 more years of life experience, I recently took in a belated encore viewing and emerged with the following concerns: Is Go a comedy? Is it a crime film? Is it a road-trip movie? A Los Angeles movie? A tour of the seedy Vegas underbelly? An insight into the late '90s rave scene? A buddy comedy? The answer is that it's all those things at once, without really fully committing to any of them. So in the event you’ve had a yen to circle back with this Liman-Holmes-Olyphant time capsule, or needed compelling reasons not to, here are 15 observations, gripes, and sticking points I came up with while diving into a re-watch of Go.

Ronna (Sarah Polley), Claire (Holmes) and Mannie (Nathan Bexton) playing a guessing game involving dead celebrities feels like it could have been a deleted scene from Reality Bites. Ditto when Todd (Olyphant) pontificates on how much Family Circus sucks. These moments typify a trend in ’90s dialogue where references became acceptable placeholders for punchlines or character development, one that’s carried over to the next century.

2. Quentin Tarantino has much to answer for

The story told in three parts; the non-linear storytelling; the seedy, violent side of Vegas; the line where Todd tells Ronna, “Wow, I didn't know we were such good friends, Ronna! Because if we were, you would know I give head before I give favors and I didn't even give my best friends head, so the chances of your getting a favor is pretty fucking slim,” which sounds like it could have come from Samuel L. Jackson’s mouth in Pulp Fiction right before he asks Frank Whaley if Marsellus Wallace looks like a bitch. Really, Go might as well have been billed as Pulp Fiction for the WB generation.

The most glaring example would be drug-dealer Todd’s angled sideburns. Have you ever been afraid of anyone with angled sideburns? That’s before even addressing Claire’s pleather duster jacket. For the most part, it looks like a Delia’s catalog barfed all over this movie, which is pretty fitting, given that it was released just as our earnest infatuation with alt-rock gave way to our love affair with Britney Spears, a time when nu metal and American rave culture were at concurrent peaks. The wardrobe department of any late-’90s youth picture was invariably going to resemble a PacSun stockroom. 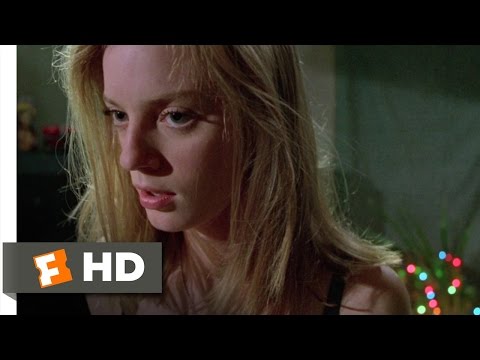 Like many teen classics, Heathers created its own language. “What’s your damage, Heather?” and “Fuck me gently with a chainsaw” perfectly captured that movie’s strange universe. Go tried to coin its own signature turn of phrase, too, most notably when Ronna warns Claire not to “get 818” on her after Claire threatens to bail on their plan to moonlight as ecstasy dealers for the evening. Since 818 is a zip code in L.A.’s San Fernando Valley, I guess Ronna was cautioning Claire not to talk in upspeak and hang out at the mall while she’s trying to sell drugs?

Everyone can admit that Todd the very scary drug dealer is also Todd the very bad drug dealer, right? He peddles E (kids call it Molly now), so ravers would presumably comprise the biggest chunk of his clientele, yet he didn’t know when and where the Mary Xmas rave was happening. Wouldn’t he or his underlings have been there off-loading product? Maybe the real takeaway here is to never trust a drug dealer whose only tattoo is on his neck. Big red flag. 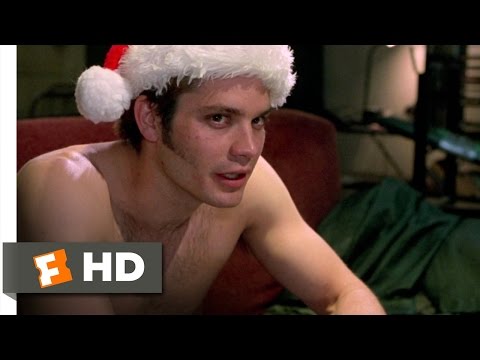 6. Ecstasy is not portrayed accurately

As a recovered raver, this might have bothered me the most. When you’re rolling, you don’t think that cats are talking telepathically to you, like Mannie did during the stop at Todd’s apartment. All of Mannie's dancing in the supermarket? Sure -- except he’d probably actually be dancing and not daydreaming that he was. When you’re on E, almost any repetitive rhythm makes you want to move, and a supermarket soundtrack is no exception. Also, dealers selling beat product didn’t sit around with kids after they sold them bogus drugs, and they sure as hell didn’t stay at the party after selling cold medicine. I kept waiting for Ronna to get caught on the dance floor by some kid who realized he'd paid $25 for Sudafed. 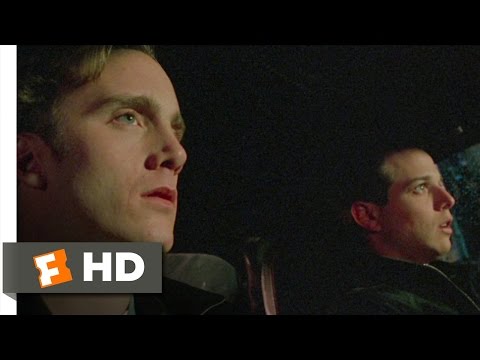 7. Much of its "edgy" humor is hateful and reductive

Breckin Meyer’s character, Tiny, is a bit of a proto-Jesse Pinkman, right down to the way he dresses. He even punctuates sentences with “bitch!” and is intended to be appreciated as an endearing idiot. But when he casually drops the N-word during a road trip with his friend Marcus (Taye Diggs!) and then clarifies, “I told you: My mother’s, mother’s mother’s mother was black!” it feels more like a hate crime than satire. And then there’s the very unfortunate trope of straight male actors playing gay by screaming effeminately.

8. Go has one of the most dated soundtracks ever

“Talisman” by Air, which accompanied seemingly every late-’90s dorm-room makeout session, plays while Ronna, Mannie, and Claire smoke pot. Fatboy Slim’s “Gangster Trippin’” is on the radio as the guys drive to Vegas. And perhaps the decade’s most baffling one-hit wonder, Len’s “Steal My Sunshine,” arrives as Marcus and Simon (Desmond Askew) steal a Ferrari. As if the music didn’t already scream “zeitgeist!” tracks by No Doubt and DJ Rap play over the end credits. The overall effect evokes a fleeting moment in time rather than any singular mood. 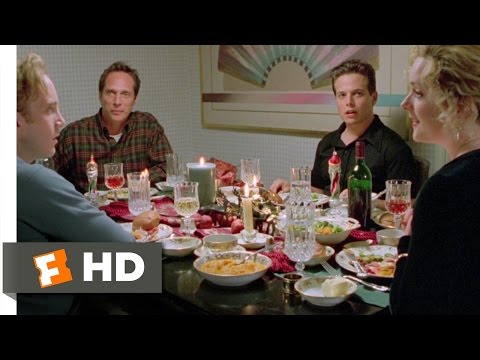 9. This is William Fichtner’s finest performance

Reliable “that guy” actor William Fichtner’s IMDb profile boasts a long list of villains, sleazy businessmen, and assorted scumbags, including a mob-tied bank manager in The Dark Knight and white-collar con artist in Heat. But Fichtner has never come off more creepy and unsettling than he does here as an undercover narc and part-time salesman (with his wife, played by Jane Krakowski) of Amway-type products who misconstrues homoerotic tension between himself and gay couple Zack (Jay Mohr) and Adam (Scott Wolf). His performance is a magic combination of disturbing and riotous -- too bad it gets lost in such a crowded movie. 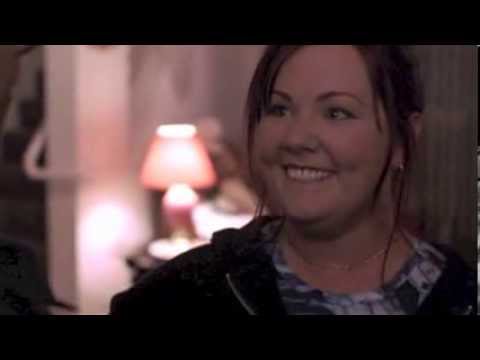 Eighty minutes in, an unknown actress pops up -- one who, as of 2015, would stand out as the cast’s biggest star. Melissa McCarthy gets in just a few lines, but she nails her explanation to Adam and Zack about how they both got played by their mutual sidepiece. Let Go serve as a reminder of the era that Melissa McCarthy could still be billed lower than Jay Mohr and Scott Wolf.

11. No one gets to finish having sex in this movie

At one point, Ronna leaves Claire with Todd as collateral before going off to make her botched drug deal. Holmes as a hostage seems oddly predictive, in light of the “Free Katie” campaign that followed her marriage to Tom Cruise. And Katie Holmes hooks up with her captor in this movie, too. 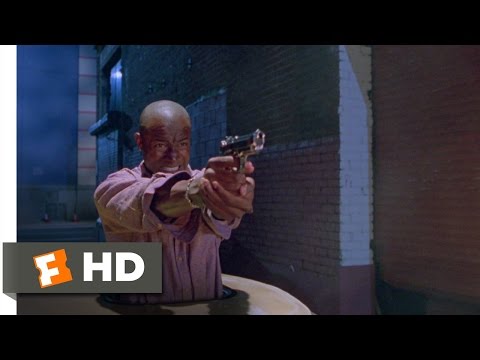 13. Marcus is the only character you can root for

All of the characters in Go are pretty terrible. Sure, Ronna’s motivation is understandable, but she tries to rip off people with fake drugs, is kind of abusive to her friends, and pulled an Empire by leaving a gacked-out Mannie in a trash pile overnight. Simon, the supposedly charming Brit, is a gross misogynist. Adam and Zack are perfectly content to leave Ronna to die after hitting her with their car. Diggs’ Marcus is probably the only person to root for, but he’s a peripheral character who’s subjected to multiple instances of racist high jinks, including being pointedly mistaken for both a bathroom attendant and a parking valet.

Hey, did you know that you can perform prolonged tantric sex just from hearing a buddy talk about it? Simon can! Maybe you can too! Try it tonight!

August’s themes are a bit too adult for directly targeting a teen audience, yet casting Holmes and Wolf doesn’t seem like it would successfully register with grown-ups. This, along with previous 14 re-watch takeaways, all stands to reason that Go was explicitly, exclusively intended for the graduating high school class of ’99. I salute you.

Maggie Serota is the managing editor at Death and Taxes. Her writing has appeared in MTV.com, NY Observer, and Decider. She's still not over the cancellation of Hannibal.