The Kingsmen are in it for the long haul.

With The Golden Circle, out now in theaters, director Matthew Vaughn doubles down on the mayhem that made his comic book-turned-movie franchise's first installment so memorable. The car sequence you might already know from the trailers thrums with that familiar breakneck energy, the fight scenes again blend Ouch! and Whoa! in hilariously badass ways. Yet somehow there are even more flashy gadgets, spoofy genre moments, special guests, and socially relevant issues than seem logically possible. It's basically the first movie on steroids, and at two hours and 21 minutes, it's overflowing with enough material for another sequel.

The Golden Circle follows super agent Eggsy (Taron Egerton) as he joins forces with the Statesman, an independent spy outfit in the U.S., to recover from a debilitating attack and stop a campy new supervillain named Poppy (Julianne Moore) from ending the War on Drugs her own nefarious way. It's a long journey that adds fuel to back stories and introduces no dearth of side characters, making it hard not to wonder if something bigger or more permanent is forming. With the introduction of the Statesman, for example, Vaughn and Co. have wildly increased the scope of their saga. (How many other orgs exist in this world? Do they all have people worth paying attention to, like Halle Berry and Channing Tatum?) It wouldn't be crazy to think Kingsman is expanding into a cinematic universe à la X-Men and Marvel -- right?

According to the director, he and writer Jane Goldman are currently plotting out Kingsman 3. They're understandably tight-lipped about what's going to happen, but they've laid the pipe for much of it in The Golden Circle. It's easy to see Tatum returning ("I'd love to have him back," Vaughn says, "but it's up to Channing"), and the Statesmen and Kingsmen embarking on another joint mission. If these next two movies are hits, Vaughn says he'll probably spin-off with a Statesman film or with a new character. "We've got lots of ideas for a whole universe, but the main story needs to be concluded first in Kingsman 3," he tells us. "It has to be organic and it has to be wanted and it has to be authentic -- not for the sake of more money, but because these are stories that deserve to be told." 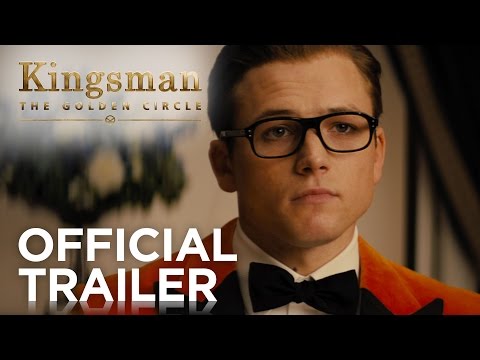 Though the plot of the next movie hasn't been finalized, expect to see a familiar type of villain. Samuel L. Jackson's technocrat from the first installment wanted to halt global warming -- his idea, using SIM card implants to make large swaths of the human population kill each other, was just insane. Moore's queenpin wants to end drug prohibition -- her idea, poisoning her drug supply and holding the world hostage, is also insane. Kingsman 3 will likely introduce another villain who has a relatable point of view, but a radical solution. "I like raising issues which I think are out there that need to be debated," Vaughn says. "For number three, we've got a whole other concept or issue to bring up, and people will talk about it."

It's unclear who'd return for the third installment, but if The Golden Circle teaches you anything, it's that nobody's off the table. It was never Vaughn's original plan, for example, to revive Colin Firth's character with an amnesia story line. ("As long as he's back, who gives a fuck?" he quips.) But he did because he could. Same goes for any iconic characters you might see die in this movie -- it's a cinematic universe with cyborgs and crazy headshot remedies, after all.

"That's the fun thing about Kingsman: There are no rules," Vaughn says. "The only rule is be entertaining, be fun, let people have some escapism. We're in a miserable world that needs a few rays of sunshine." But by few, you know, maybe get ready for quite a few.