Would Top Gun really be Top Gun without the Top Gun soundtrack? Sure, you'd still have cocky Tom Cruise, Val Kilmer at his most gorgeous, and sweaty beach volleyball. But it's hard to imagine all of that would have yielded the same cultural significance without Berlin crooning "take my breath away." Lady Gaga, thankfully, knows that, as does the new sequel Top Gun: Maverick, which can't help but open with Kenny Loggins and Giorgio Mordor's "Danger Zone."

When it was announced that Gaga was doing a song for the Top Gun: Maverick soundtrack, I rejoiced. Once I saw the film, I was over the moon. As it stands alone, Gaga's "Hold My Hand," is pretty great. Written with Bloodpop, whom she worked with on her albums Joanne and Chromatica, it's (of course) a bombastic '80s-style ballad with bare-bones instrumentation and boomy drums that allow Gaga's voice to soar. But utilized on screen, in tandem with Hans Zimmer and Harold Faltermeyer's score, it's euphoric—the kind of movie music they just don't make anymore.

"They just don't make 'em like that anymore" is an apt phrase to describe basically the entirety of Top Gun: Maverick, a throwback blockbuster that could only happen today because of the technology employed to make the movie's flight sequences as realistic as possible. And yet, despite the modern advances that allowed for filming in F-18 cockpits, Top Gun: Maverick feels like an elemental film with its understanding of thrills, Tom Cruise's general appeal, and the might of an earworm. 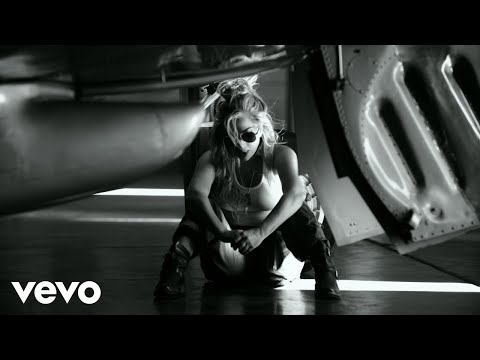 "Hold My Hand" shows up a couple times during the narrative. First, it plays as a muted jukebox track in a scene at the bar run by Penny (Jennifer Connelly), who we are led to believe is an old flame of Maverick, the hotshot pilot portrayed once again by Tom Cruise. (Does it matter that Connelly was not in the first film? No!) Then "Hold My Hand" positively blares over the denouement, after the big victory, as our heroes reunite against the backdrop of gorgeous yellow and red sunsets.

Sure, the lyrics are so vague and generic that this song could be about literally anything. Is she singing about Maverick's relationship with Rooster, the son of his dead flying partner Goose? Maybe! Is it about his relationship with Penny? Possibly, even though that's by far the worst part of the very good movie. But none of this really matters. Gaga captures the electric feeling of Top Gun as she belts over wailing guitars. Could she have used a few more flying metaphors? Of course.

The movie music that's memorable these days—perhaps outside of the errant Bond song—tends to be largely diegetic. As in, performed by or acknowledged by a character on screen. Gaga was quite conscious of this in 2018's A Star Is Born, when she made "Shallow" a barn burner of epic proportions and won an Oscar for it. The biggest hit to come from the screen recently is "We Don't Talk About Bruno," a ditty from Disney's animated musical Encanto.

You don't get the kind of sort of cheesy, thrillingly over the top themes that were once de rigeur in Hollywood. "Hold My Hand" is baldly emotional and simple in its construction. It's reminiscent of "Take My Breath Away" from the original Top Gun, but also Jennifer Warnes and Joe Cocker's "Up Where We Belong" from An Officer and a Gentleman and Aerosmith's "I Don't Wanna Miss a Thing" from Armageddon. What do these all have in common? They are ridiculous in the best ways. Gaga is a musical chameleon who loves her elders, willing to act like a lounge singer to honor Tony Bennett or an '80s icon to pay homage to Loggins.

The "Hold My Hand" cherry on top is the music video that alternates between footage of Tom Cruise going fast and images of Gaga in Top Gun drag, emoting in a leather jacket and aviator sunglasses. Still, I promise you're not getting the full experience unless you hear it in Top Gun: Maverick. It's sublime.