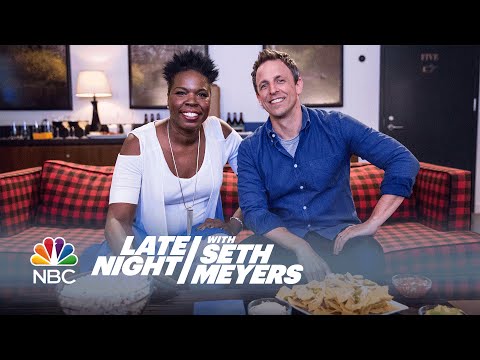 If you found yourself yelling at Rickon's crappy running earlier this week, you weren't alone: Late Night host Seth Meyers did the same during a belated Game of Thrones viewing party.

As shown above, his "Game of Jones" segment is like your night of Game of Thrones watching, just with more jokes, songs, and Saturday Night Live's Leslie Jones. Since Meyers apparently failed to see the "Battle of the Bastards" episode live, the comedian and Ghostbusters star joined him on his couch to prep him for Sunday's finale, dishing hilarious commentary in the process.

Like a true fan, Jones emphatically slammed her least favorite characters (mainly Ramsay Bolton) and praised others (the Blackfish, Grey Worm, Jon Snow). Some more inappropriately than others. She also taught Meyers a new word, and, in another nice bit of public service, briefly discussed the oeuvre of Peter Dinklage with special guest Kenan Thompson. More GoJ please.