The Apple TV+ series stars Julianne Moore as the widow of a famous novelist.

Stephen King has been writing about writers, writing, and the families of writers since the start of his career, his journalist and novelist characters—usually genre fiction writers—a familiar trope that fans of his work have grown to expect. The genesis of his 2006 novel Lisey's Story, which he often cites as the favorite of his novels, came after the 1999 incident when he was hit by a woman driving a van, and when he returned home after his stay in the hospital, he saw his wife Tabitha had stacked his books and other materials in boxes as she redesigned his studio—a somewhat chilling vision, to him, of what his place would look like after his death. This year's adaptation of Lisey's Story, the first two episodes of which arrive on Apple TV+ June 4, begins with that same vision of a widow surrounded by the effects of her recently dead novelist husband, and unfolds into a sweeping, bizarre tale of grief, love, and the supernatural. 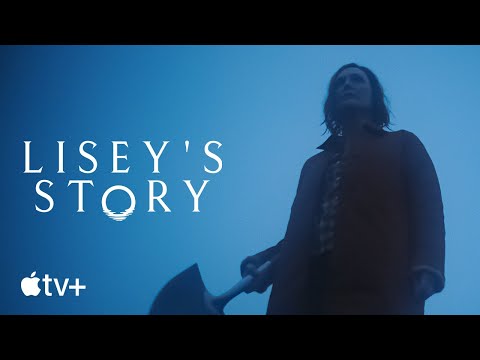 Lisey Landon (Julianne Moore) has been a widow for two years since her husband, the famous novelist Scott Landon, died in a way that the show, like the book, keeps a mystery until the end. Her home is overrun with boxes and crates of his books, writing materials, and unpublished manuscripts, the latter of which is highly desired by Professor Dashmiel (Ron Cephas Jones), who hounds Lisey at every opportunity. She procrastinates on her cleanup nonetheless, and her work is stopped completely by her sister Amanda (Joan Allen), who attempts to harm herself after learning that her ex-husband has remarried. Lisey and her other sister Darla (Jennifer Jason Leigh) attempt to care for the nearly nonverbal Amanda, who speaks in coded nonsense and seems to reside in a world totally apart from our own. Meanwhile, Dashmiel sics obsessive Scott Landon fan Jim Dooley (Dane DeHaan) on Lisey to try to wear her down, but Jim's attempts to liberate Landon's stuff become increasingly more violent.

Throughout it all are seeded little bits and pieces of Lisey and Scott's life together, as Lisey remembers the good times and not-so-good times with her late husband. When she finds a hidden message from Scott promising to send her on a "bool" hunt with a hidden prize at the end, all these disparate threads start to converge. The miniseries, directed by Pablo Larraín (director of Natalie Portman's Jackie Kennedy biopic Jackie and last year's stunning dark romantic comedy Ema) keeps its true intentions hidden, lingering on sweeping, atmospheric shots and scenes that go on for just long enough to get uncomfortable.

Julianne Moore spends almost one scene per episode swimming languidly in a dark pool, clutching at overgrown reeds and staring at reflections of other worlds as Lisey's past returns to her in flashes. Dane DeHaan in particular is perfect for the taut, unhinged antagonist, one of a few actors working today in possession of what I tenderly call the "Stephen King face," the dark cousin of the "Spielberg face" (Stranger Things' Charlie Heaton is another). The show is paced slowly but deliberately, with just enough revealed in each episode to keep you guessing until the end.