Everything We Know About 'Locke & Key' Season 3

The Locke family is coming back for one final adventure.

It may have taken a while for Locke & Key, the series based on Joe Hill and Gabriel Rodriguez's popular comic books, to find a home—going from a film adaptation to getting shopped as a series at Fox and Hulu before landing at Netflix—but it's managed to become a certified hit on the streaming service. Following the Locke family, who, after their father is mysteriously murdered, relocates to their ancestral home, Keyhouse, where they discover a set of supernatural keys, the series from showrunners Carlton Cuse and Meredith Averill unlocks everything that binge-worthy coming-of-age paranormal dramas are made of.

Season 2, which hit Netflix in fall 2021, ended with an episode appropriately titled "Cliffhanger" and left the Locke kids with even more darkness looming in their eerie town of Matheson, Massachusetts. Thankfully, Season 3 of Locke & Key is already confirmed—and was actually ordered before Season 2 had even finished filming in late 2020. Below, we try to tap into our mystery-solving and otherworldly Locke-family-like powers to break down what to expect for the upcoming season.

When will Locke & Key Season 3 be released?

Get ready for a spooky summer. Netflix announced in early June that Locke & Key will premiere on Wednesday, August 10. It comes less than a year after Season 2 hit Netflix, but it makes sense that new episodes are already on the way, considering Seasons 2 and 3 were actually shot back-to-back in early 2021.

Is Season 3 the last season of Locke & Key?

In April 2022, Deadline announced that Season 3 is confirmed to be the final installment of Locke & Key. Although it's a bummer that it'll be our last paranormal adventure with the Locke kids, it's worth noting that the show didn't necessarily get canceled, so fans don't need to worry about any stories getting cut short.

According to Deadline, a three-season arc has been the plan for the show from both Netflix and showrunners Carlton Cuse and Meredith Averill ever since Season 1 became a surefire success. The showrunners said in a statement, "Once we began working on the series, we felt three seasons was the ideal length to bring the story of the Locke family and their Keyhouse adventures to a satisfying conclusion. … As storytellers, we are grateful that we had the opportunity to tell our version of Joe Hill and Gabriel Rodriguez's incredible story exactly the way we wanted. We're keeping the magical keys, though, for our own personal use." 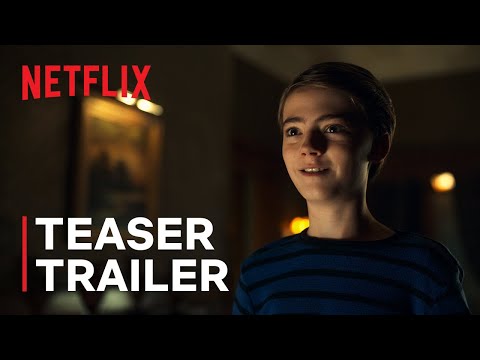 Is there a trailer for Locke & Key Season 3?

When Netflix announced the Season 3 premiere date, it unlocked (sorry) a first-look teaser at the upcoming season. It looks like fans are in for one epic conclusion and potentially the creepiest season yet, as the clip kicks off with an ominous voice saying, "The past is always with us, you can try to run away but it's always there." There's then shots of the evil Captain Frederick Gideon, a very scary, glowing portal of sorts, and, of course, keys. "Boo," is right.

How many episodes is Locke & Key Season 3?

Unlike seasons 1 and 2, which spanned 10 episodes apiece, Season 3 will wrap up with eight installments. They should be just as full of twists and scares as the other seasons, since Deadline stated that eight episodes is what the creative team always had planned for the last season.

Who in the cast will be back for Locke & Key Season 3?

All of the core ensemble is confirmed to be headed back to Matheson to wrap up the mystery of Keyhouse Manor. That means get ready to see more of Tyler Locke (Connor Jessup), Kinsey Locke (Emilia Jones), Bode Locke (Jackson Robert Scott), Nina Locke (Darby Stanchfield), Duncan Locke (Aaron Ashmore), Scot Cavendish (Petrice Jones), Josh Bennett (Brendan Hines), and Frederick Gideon (Kevin Durand), who we'll likely see even more of now that he's out for revenge. (If you want to get emotional about the series ending, a handful of cast members shared goodbye posts on social media when filming wrapped.)

Another person we'll be seeing a bit more is Ellie Whedon, who is played by Sherri Saum. Before Season 3 went into production in fall 2021, Deadline reported that Saum had been upped to a series regular and that the new installment will find Ellie and her son Rufus (Coby Bird) returning to Matheson, but "haunted by her time spent behind the Black Door." She's also said to face "a new and ever more dangerous threat that looms over the town."

What will Season 3 of Locke & Key be about?

At this point, the show has largely diverged from its source material, so you won't necessarily find any answers there as to what's next. It does sound like it's about to be the most intense season yet, though. Meredith Averill told Collider, "The third season focuses much more heavily on the family. They’re gonna face the greatest threat they’ve had to face yet. That really bonds them in a way that we’ve never seen before."

It's hard to say what that might mean exactly, but it seems likely that the "threat" she's referring to is Captain Frederick Gideon. At the end of Season 2, Eden used the Echo Key to bring back Gideon as an echo, and now he plans to get revenge on our favorite demon-fighting fam.

On an individual level, we should be seeing the repercussions of the choices some characters made at the end of Season 2, too. Nina, for example, decided to use the power of the Memory Key to help her to remember everything, which will change the Locke family dynamic quite a bit. Tyler, though, decided not to, which the showrunners told Collider has "consequences and will change his relationship to his family." It's especially important to remember that he's approaching his 18th birthday and the ability for him to continue using magic, so with a larger threat approaching, that could certainly play a factor.

A lot about Season 3 remains a mystery, but we'll continue updating this story as more information becomes available.