Get to Know London Hughes, the Comedian Taking Over Netflix

British comedian London Hughes is popping up all over Netflix, most recently in the Nic Cage-hosted 'History of Swear Words' and her own comedy special.

London Hughes is poised to become a household name. With To Catch a D*ck, her big new Kevin Hart-produced comedy special on Netflix, a co-starring gig on the streamer's new weekly talk show series The Netflix Afterparty (opposite David Spade and Fortune Feimster), a supporting role in Netflix's Nicolas Cage-hosted The History of Swear Words, and a starring role in Hot Mess, which is currently in development at Universal Pictures, it's clear that the 31-year-old comedian has a lot going for her.

Which is an accomplishment when you consider the way the entertainment industry came to a halt in 2020. After hitting it big at the Edinburgh Comedy Festival, where she became the first Black British woman to be nominated for Best Show for her debut special To Catch a D*ck, Hughes decided to make the big move to America to, as she puts it, "become a star." And then the global pandemic hit.

There's something to be said for persistence, though. And as she revealed to Thrillist, Hughes was left to her own devices when she touched down in Los Angeles. Without any family or friends in the city, and with the borders closed, making it nearly impossible for her to return home, she decided to put the blinders on and get to writing.

Almost a year later, London Hughes has three different Netflix projects all existing at the same time and is on the verge of breaking through as a major talent—as she did abroad. During our phone chat, Hughes dug into the details about everything from her big move overseas to her team-up with Kevin Hart to the role her father played in inspiring her comedic pursuits to revealing what her favorite swear word actually is. (Spoiler: It's dick.) 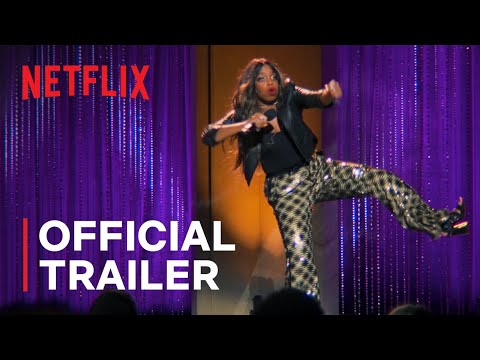 Thrillist: OK, walk me through your decision to pack up and make the big move to Los Angeles. How'd that go for you?
London Hughes: It was two weeks before the global pandemic hit. It was very difficult because I essentially moved here to do my special. So I was supposed to film the special in March, and I had a lot of other stuff I was doing in LA. So I gave up my flat in the UK, and just dedicated everything to LA and just threw myself into my job.

I literally remember telling my mom I'm off to LA to become a star. See ya later, don't wait up! And then two weeks in, a global pandemic hit. The special didn't get canceled, but got put on hold. I didn't know when it was gonna get made because I didn't know when comedy was going to be allowed on earth again. And I'm literally stuck in LA, because I can't go back to the UK because Trump put a ban on visas. I wouldn't be allowed back in America if I left.

And then the whole George Floyd moment... like, a race war... it felt like the whole Civil Rights Movement happened. And then the next thing I know, ashes were falling from the sky because there were California wildfires. And then I was like, what did I do? Should I stay? And I just was like: You know what, you've got to see it through. In that time, I just wrote. I wrote movies. I wrote TV shows. I had meetings. I just dropped in and worked hard and now things are coming out of it. And I'm really proud of myself. But it was touch-and-go for the first few months, not gonna lie.

Your Netflix special To Catch a D*ck is produced by HartBeat Productions. How did you end up on Kevin Hart's radar?
Basically, I did it last year at the Edinburgh Comedy Festival which, I think, is the biggest arts festival in the world. It did so well there that it got loads of buzz stateside. I only did three shows in LA and Kevin heard about the shows. We filmed it and we sent it to him. And when he saw it and was like, "OK, she's the one." He flew me out to Las Vegas and we spent the day together. He just basically jumped on the London Hughes train. And it was just like, yep, cool, we're doing this! It was just so surreal. Look, I'm just a girl from South London who he's never met. And he was like, "Yeah, I see the vision. I see the talent. Let's go!" And I'm so grateful.

You talk a lot about the women in your family in the special, but I'm curious about the role your father played in your comedic upbringing.
I would not be the comedian I am today if it wasn't for him and the way he was raised by my grandparents, who were the first white couple in the whole of Sussex to adopt a Black child. It was illegal at the time, 61 years ago, and my grandma and grandpa went to court to spite the rules. And they managed to adopt him. She knew that Black kids are the last to get adopted—that was 60 years ago, but it's probably still the same today.

The first thing he made me watch was Richard Pryor. I was watching Richard Pryor videos before I even knew what comedy was. And I remember watching my dad laughing at Richard Pryor as a kid, and I didn't know what he was talking about. I'm too young to understand the content, but I knew that it was supposed to be funny. And it wasn't until I got older, my dad was like, OK, now you can really take this in.

And then later on, I found Def Comedy Jam and all those guys like Cedric the Entertainer, Steve Harvey, Chris Rock, and they're all high energy, in-your-face, guys. And I was like, "Oh, if I'd ever do stand-up, that's exactly how I'd do it!" And now I do stand-up in that way because my dad and family bought me up with American and British comedy.

I read that you faced your fair share of struggles as a Black female comic in the UK. Has it been any different here?
There's a saying that goes like, "Soldiers never celebrate in their hometown." That's a bit of it. You need to understand that I come from a country where Black people make up less than one percent of television. So, I'm a Black person who managed to make it on TV in Britain. And that is very, very rare. It's such a struggle just to even get there. And so I felt like I had to come here because I never saw any Black, British female comedy stars in the UK. They exist. There's a heap of talented, Black female comics in Britain. But they're not allowed to shine.

I can see that you've got Tiffany Haddish, Wanda Sykes, and Leslie Jones all existing in the same space at the same time. And this is just insane to me! You've got just off the top of my head, three Black, American female millionaire comics. And I'm just like, "Wow! We don't even have one in the UK!" 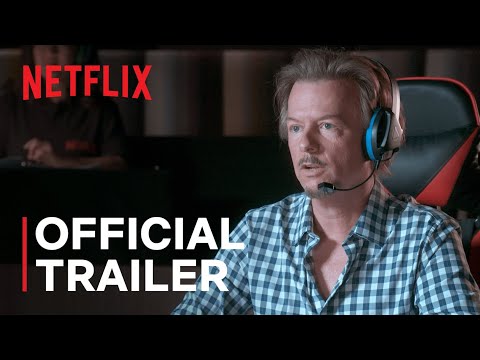 The Netflix Afterparty is an interesting take on the aftershow concept. Instead of it focusing on one show, it's the whole dang platform. How did you get involved with that?
It was purely by chance. We were in lockdown, I wasn't working; no one was working. The world was on pause; my career was on pause. I was waiting to film my special and I got to do History of Swear Words. Now that Netflix knew about my show To Catch a D*ck, they were like,"Well, maybe London could talk about dick on this," which is great. It did so well on that show that the head of comedy at Netflix was like, "We need her for Afterparty!" So that was all clearly by chance.

I did a Zoom with David Spade and Fortune [Feimster] and we just hung out. And all the executives were watching how we spoke to each other. Then like a week later, David and his team took me out for dinner—outside because we're in a pandemic— and yeah, that was it. It was that simple. It's the easiest job I've ever got. Me, with the guy who's the voice of the llama in Emperor's New Groove! And I'm having the best time. All we honestly do is just talk to stars of our favorite shows. It's great. I'd do this for free. I can't believe I'm getting paid to sit there and watch my favorite shows and then talk to the stars of my favorite shows about their shows.

Well since you brought up The History of Swear Words, I suppose it would only be right to end our chat with the most important question ever asked on Inside the Actors Studio: What is your favorite swear word?
My favorite swear word is probably dick. Because dick is universal. I love dick. I love that as a word. I love it in reality. Dick is just great.

Aaron Pruner (@aaronflux) is a contributor to Thrillist.