This explosive French B-movie will scratch that 'Fast and Furious' itch.

In the absence of a certain blockbuster where Vin Diesel fights John Cena on top of a speeding truck, which had its release date pushed to next year following the coronavirus outbreak, action fans have largely had to make due with the offerings of Netflix this summer. While the VOD market remains a reliable source of sturdy low-budget thrills, a place for prolific stars like Scott Adkins to show off their specific set of neck-snapping skills, Netflix has emerged as the place to get your fill of ludicrously staged stunts, carefully choreographed set-pieces, and absurdly executed car chases. There's no Marvel movie this summer, but you can still see Chris Hemsworth flash his biceps on screen.

The French crime drama Lost Bullet, which dropped on Netflix last week and quickly grabbed a spot in the service's Top 10, won't exactly fill the Dom Toretto-shape hole in your heart. It's a smaller story, one that's less globetrotting and less sentimental than what the Fast saga has become. But it has plenty of tricked-out cars, crooked cops, and an appealing lead performance from stuntman and actor Alban Lenoir, who resembles a less slick Jason Statham. Like the Hobbs & Shaw star, who played a gifted driver in the Luc Besson-produced Transporter series, Lenoir has a bullet-shaped head that comes in handy when there are multiple bad guys to take out. 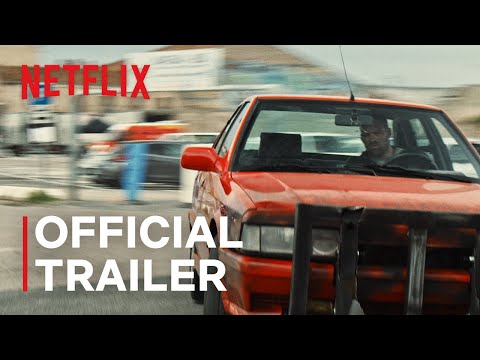 In telling the convoluted story of Lino, a thief-turned-mechanic for the police, Lost Bullet gives Lenoir plenty of opportunities to use his skull as a weapon. His other limbs get a workout as well, especially after Lino gets framed for a murder he didn't commit. The script, which Lenoir co-wrote with director Guillaume Pierret and Kamel Guemra, doesn't waste time setting up its world of drug-catching cops and car-modifying dealers. For example, it quickly establishes there's a mole on the police side and then almost immediately reveals his identity, suggesting that this isn't the type of movie where you have to track a bigger mystery or a vast conspiracy. No, this is primarily a chase movie, one where Lino must remain one step ahead of the cops and the dealers if he wants to clear his name.

That involves a gripping police station fight sequence, where Lino uses the bottom of a chair to free himself from a pair of handcuffs in an interrogation room. One of his captors watches this unfold on a video surveillance screen, laughing at the mechanic's MacGyver-like ingenuity right up until he realizes that the guy is actually about to escape. Not so funny anymore. What follows is a hand-to-hand combat sequence that's both exciting and clever, particularly in the way Lino uses available objects, like a closed laptop, to battle his opponents. It's like a fight in a Bourne movie where you can actually follow all the movements.

Though the movie peaks from a fight perspective during the police station scene (and probably could have used at least one more scene with a similarly kinetic energy), Pierret keeps the plot engaging enough and doesn't get bogged down in the details. In order to prove his innocence, Lino must find the titular "lost bullet" in the missing car his kind-hearted mentor (Ramzy Bedia) was killed in. That means chasing down old friends and outsmarting various goons who want him dead. It all leads to an appropriately goofy climax where Lino drives a car with a burning trunk, looking like a cartoon character with its ass on fire. More of that, please.

From a tonal perspective, Lost Bullet nails the mix of slapstick and exhilaration that most Hollywood action movies are too self-serious -- or simply too loaded up with CGI spectacle -- to attempt. With the summer blockbuster season on pause, Lost Bullet is an effective reminder that action movies don't necessarily need to be incredibly complicated. They don't need to cost hundreds of millions of dollars. They don't need to go to space. Sometimes a gruff, no-nonsense hero with a few dents in his head is enough to get the job done.