Luce is a difficult film to define. It's a story about a black teenage boy (Kelvin Harrison Jr.) on the cusp of manhood in a moment of rebellion. It's a story about the two white parents (Naomi Watts, Tim Roth) who pulled him out of a war zone in Africa to give him a "better life" in Arlington, Virginia. It's also a story about a middle-aged black female teacher (Octavia Spencer) who is one of the few people of color to hold any power at the school that employs her.

Somewhere in the margins, it's also a story about all the black kids who didn't have the opportunities the titular Luce has. And somehow, it's also a story about sexual assault, mental illness, and how the messiness of our sociopolitical structure makes it nearly impossible for people to get what they need. In a way, Luce resembles the ensemble dramas that flooded the indie market in the late '90s and early-to-mid-2000s. Films like The Ice Storm, The Safety of Objects, American Beauty, and Crash wove together the lives of many to honor one continuous, significant thread. These are films about how trauma connects us, whether it be overt or much more subtle. 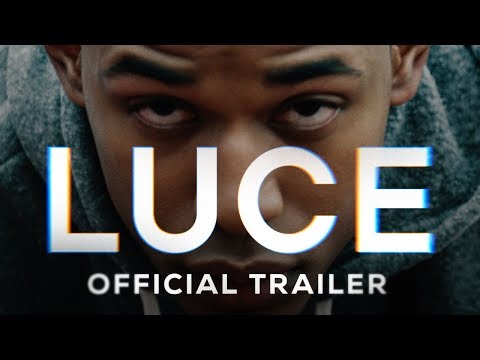 Luce is much less interested in sentimentality than those films, but it does capture the ambiguities of life, highlighting the way that we ram into each other, forever altering the lives of everyone around us. It's a small story with massive implications that doesn't shoulder its burden lightly. I gleaned as much when I interviewed director Julius Onah and screenwriter J.C. Lee ahead of the film's limited release. The film, which is based on a stage play originally written by Lee, comes from the complexity of identity that people of color must always navigate. For Lee, who is biracial, that means code switching between different groups. "I identify with Luce in that way," Lee said during our interview. "The idea of being the young kid of color who has to shoulder the burden of the family and the burden of multiple communities and then perform for white people and be like, 'Look! I'm great! I'm everything you want me to be!'"

This experience was also touched on last year in George Tillman Jr.'s The Hate U Give, but has been otherwise under-explored in current cinema as the performance of necessity it truly is for many black teens. Luce is preoccupied with the ramifications of that performance, emotionally and socially. Onah, who was born in Nigeria and moved to Arlington, Virginia, where Luce is set, explained that despite their different backgrounds, he and Lee could relate on "that idea of constantly shifting my identity and putting on a different mask," Onah said. "There were days I was a Nigerian kid, days when I was an African-American, days when I was an immigrant."

There are shades of both Lee and Onah's experience in Luce. He is both an immigrant and raised by nonblack parents. Luce (Harrison Jr.) is an Obama-esque golden child who is beginning to feel the pressure of his modern citizenship. His teacher Harriet (Spencer) holds him to impossibly high standards that he interprets as unfair. He pushes against this by making life more difficult for Harriet, all while trying to covertly challenge her worldview. Their struggle is one steeped in respectability politics -- Luce wants to be an individual, while Harriet believes he has responsibilities that go beyond his own desires. To her, if a perfect boy like Luce can't keep it together, there's no hope for the community. The filmmakers describe the conflict as generational, a dynamic Lee says is rarely explored in film. "I was really interested in this idea that Luce has this notion about how he ought to be able to operate in the world and how Harriet's entire history, life and experience taught her that sort of freedom isn't possible," he said. "She believes Luce should know and understand the systems of oppression in place that will confront him and come down on him."

Harriet wants Luce to understand how harsh the world can be because she's living in it. She doesn't have the bubble of protection that Luce's wealthy white parents provide. She's in a lower income bracket than Luce and will likely stay there for the rest of her life. Her sister, Rosemary (Marsha Stephanie Blake), is dealing with severe mental illness -- the nature of which is never fully characterized -- and Harriet is the only family member left with the space and patience to look after her. Unfortunately, with the pressure of her ongoing rivalry with Luce and the low-income, large-workload lifestyle of public school teaching, she doesn't have the time or resources to have Rosemary watched over constantly. In our interview, Onah stressed that Harriet isn't supposed to be read as a villain. "I never saw her as the antagonist," he said. "She is an African-American product of the liberal revolution of the '60s and a certain kind of respectability politics that says you have to conform to certain values of dominant society to survive."

What Luce doesn't seem to understand is that his identity as "Obama-esque" allows him to move in the world in a way that the other characters -- many of which are women of color -- cannot. That's a weakness in Luce's logic and a weakness in the film. The film doesn't engage enough with the way Luce's manhood makes him less vulnerable to the world than Harriet or even his ex-girlfriend Stephanie (Andrea Bang), a young Vietnamese teen who is dealing with the joint trauma of being sexually assaulted and the entire school knowing about it through rumors. Bang is amazing in her role, but the film is weakened by the loose ends left open with her character and the complexity of her relationship with Luce.

While Luce is struggling on a symbolic level, his classmates are dealing with much more tangible problems. Stephanie is dealing with unbelievable pain and humiliation. Luce's friend DeShaun (Brian Bradley) was recently kicked off the track team for having weed in his locker, effectively losing him any chance of getting a scholarship for college. Onah uses the portrayal of these students as an illustration of identity, underlining how people are defined by their most prominent attributes. "I think what the movie is asking is a question that applies to every one of these characters, who are only 17: Do they have the opportunity to simply be human and deal with their complexities or do they have to live their lives on a symbolic level and conform to a certain set of expectations?"

As a character, Luce is frustratingly cagey. He has the coldness of a prosecutor behind his political-poster ready face. His conflict with Harriet mutates into harassment, leaving even more damage in his wake. This is all seemingly for the sake of an intellectual exercise. Luce responds to the pressures of his perfection with a radical rejection of conventional morality. He is an ideological hero, but in practice, he's painted as a villain, grinning maniacally as the world burns around him. But Onah wants viewers to remember that the world is much more complicated than pointing out a villain and condemning him; Luce is a film about gray areas. "The further we step away from protagonist and antagonist and just let these people be people, the more opportunity there is for each individual audience member to walk away with a different conclusion," Onah said. "The film isn't quite taking a side of who is absolutely right and who is absolutely wrong."

Despite its shortcomings, Luce is one of the most thoughtful explorations of race, identity, and power in cinema right now. It's a confrontational piece, pushing forward a conversation that has been approaching stagnation. It's a messy story, one that overly favors a male perspective. Even Luce's mother Amy seems as if she was drawn from a son's understanding of what a loving mother looks like. But that is partially why it feels so honest. Onah and Lee drew from their life experiences, taking care not to stray too far from their own understanding. There's honesty in that. The world is full of artists who feel like they have the capacity to understand and translate every experience into a sort of universal truth, but Luce is a film that understands that the best way to grasp the world is by questioning what you know and working outwards from there.