Every day on the internet feels like its own small-scale competition to be the most woke. You're either on the right side of history, or the wrong one, with no gray area in between. If you refuse to accept the existence of gender-neutral bathrooms, same-sex marriage, or Gaia, you are a dinosaur, a relic from America's old guard whose time will soon, mercifully, run out. This is the new normal, and it's not necessarily a bad thing. Get woke or get bent.

Now imagine a reality show on which a group of contestants from all walks of life compete to become the most "woke." In which five judges who practice alternative lifestyles determine contestants' ability to abandon their deep-seated belief systems and not only acknowledge, but accept, the ideas of those who exist on society's margins. The contestants' reward is not merely a substantial cash prize, but the security of knowing they have transcended the close-mindedness of their stifling upbringings.

You'd probably find such an idea green-lightable in the context of modern American culture, yet the show I described above was not on NBC's Fall 2016 lineup but already exists -- and, in fact, predated the inclusively indignant internet culture I just outlined by nearly a decade. You've never heard of it because it wasn't marketed the way I pitched it. While such a teaser would go over like gangbusters now, in the days before think pieces and trigger warnings it was still OK to refer to people who were different from us as "freaks" without facing a social-media boycott.

The show in question was called Mad Mad House; its one and only season aired on the Sci-Fi Channel (now known as Syfy) in 2004. It was produced by the same team that brought you such downmarket gems as Paradise Hotel and Forever Eden, in which sexy singles competed to be, uh, the sexiest singles. For reasons I cannot quite fathom, it is currently streaming on Hulu. 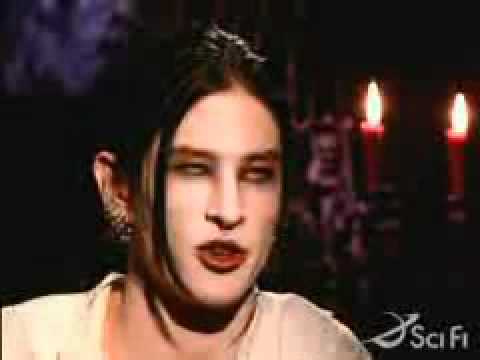 A house of cards

The opening sequence of Mad Mad House begins with five people saying in unison, "WE ARE THE FIVE ALTS." Who, exactly, are these "Alts"? "A vampire. A witch. A voodoo priestess. A naturalist. [And] a modern primitive." And what, exactly, have they done? "We've invited ten ordinary people to live in our house. And experience... our world. We will challenge them, judge them, and eliminate them one by one. Who will dare to open their minds? Who will impress us the most? We'll reward the last guest remaining with $100,000."

While things like "blood challenges" and "suspension rituals" are designed to shock both viewers and competitors, they are presented as average occurrences in the lives of the Alts. Don the Vampire drinks his girlfriend's blood, extracting it from her veins with a syringe. Art the Modern Primitive has scars on his back from suspension rituals. These unorthodox hobbies, thus, cannot be cynically rejected as fabrications from the show's producers; they're heightened versions of the Alts' actual everyday rituals. Sure, it's heavy-handed, and the Alts really play it up for the cameras, but doesn't everyone who practices an alternative lifestyle play it up from time to time in some respect, in the presence of cameras or not?

As for the guests, they are, as one would imagine, infinitely more basic than the Alts. Upon arrival, they know nothing about their exotic hosts. Let's learn about these poor souls, shall we?

Brent -- in his fifth year at a Christian university. He "likes to read the Bible" and "believes in God." "I wish everyone was a Christian," he says. I wonder if his beliefs will be tested.

Bonnie -- a middle-aged book editor who plays by the rules, but "just once," she wants to do something "outrageous!" She's in the right place.

Eric -- an "assistant sports agent," whatever the fuck that is, and considers himself the life of the party. He appears, naturally, to be nothing more than your garden-variety drunk bro.

Loana -- a woman who says her religious faith is "quite important" to her and that she "read[s] the Bible quite often." How often do you have to read it? I mean, it's just one book. And not even a particularly interesting one at that.

Noel -- a straight-shooter: "I wanna win a crapload of money. I'm not gonna lie. I'm a janitor at a barbershop. That's not fun."

Kelly -- a political campaigner with a smile wide enough to hide a boatload of pain and who says she's "from the greatest city in the world... New York City!! And I actually live in a convent. I'm about as conservative as they come, hence, I work for the Republican Party."

Hamin -- a man who refers to himself as "a tiger" because he "rips it up" in the bedroom.

Tim -- a horse rancher who describes himself as "edumacated," despite his accent. His bloated visage is redder than a dog's dick.

As the Alts decreed, contestants are eliminated over 10 episodes until only one remains, their dedication to personal transformation and tolerance-building questioned all the while. Refusing to take part in Ta'Shia's voodoo ritual ceremony? Unacceptable. Letting Avocado the Naturalist's (yes, that is really his name) relentless insistence on nudity give you the heebie-jeebies? Chill out, homophobe. This is not a reality show about money. It's about expanding your mind. The person who expands their mind the most just so happens to win $100,000.

If you aren't progressive or open-minded enough, you are, in a literal sense, voted out of the house, told by the Alts to "leave immediately." It's as if they're on a reality show about competing in a house in which their hosts are the internet. If you're too, like, uptight to find beauty in, and accept, someone else's belief system, get the fuck out. Mad Mad House could very well be called Ally Island.

Mad Mad House's existence as a cultural artifact reminds us of how much things have changed in 12 years -- that's less than a generation. Who among us now doesn't know a witch? Or someone who, like the Modern Primitive, has riddled their body with tattoos and plugs? The Alts, then seen as freaks, now walk among the normals. Soon there will be Capital One ads directly targeted at the naturalist demographic (although there's nothing in their wallets, as they don't wear clothes or carry wallets, but that's what rebranding is for).

Yet conservative folks scared of the unknown still exist. Otherwise Donald Trump wouldn't have become a viable presidential candidate. If everyone were given the opportunity to evolve for money, if they were forced to grow up or shut up, perhaps America's future would feel slightly less dystopian. If only the whole country could visit the Mad Mad House. The likelihood of the show getting picked up for a second season, however, is about as unlikely as Trump apologizing to Mexican immigrants.