You don't necessarily go into Mank, David Fincher's movie about Citizen Kane screenwriter Herman J. Mankiewicz (Gary Oldman) now streaming on Netflix, expecting a whole subplot about one of the most fascinating bits of California political history and Hollywood's role in it, but that's where the director's latest is consistently surprising.

Mank is less a story about the behind-the-scenes making about Kane, than it is about the world that produced it—specifically about the entertainment industry occupied by newspaper tycoon William Randolph Hearst (played by Charles Dance) and his mistress Marion Davies (Amanda Seyfried). Mank himself was brought into this circle thanks to his friendship with Davies' nephew Charles Lederer (Joseph Cross), but the film charts his growing disillusionment as both Hearst and his chummy studio executives abuse their power in the midst of the Great Depression. While the screenplay, written originally by Fincher's father, Jack, seems to have created sort of a composite history, taking real events and melding them together to create a portrait of Mank's psyche, most of the elements are indeed based in truth.

In the film, the inciting event that truly radicalizes Mank and sets him over the edge are the actions of Hearst, MGM studio head Louis B. Mayer (Arliss Howard), and producer Irving Thalberg (Ferdinand Kingsley) during the 1934 California gubernatorial election. Mank's own personal frustrations with these scenarios seem to be an invention, but the history is real.

How is Upton Sinclair involved in any of this?

Upton Sinclair is not a major character in Mank. In fact, he's only seen from afar played in a cameo by Bill Nye—yes, the science guy—but the writer hangs over a good portion of a movie. Sinclair, of course, is best known for The Jungle, a 1906 novelized expose of the meatpacking industry in Chicago. Though Sinclair was a known socialist, and had run for public office twice before on that ticket, he was encouraged to run as a Democrat for governor of California in 1933 as a response to the rampant poverty across the state, according to Smithsonian. Sinclair wrote a pamphlet entitled I, Governor of California, and How I Ended Poverty: A True Story of the Future, outlining his plan called End Poverty in California, or EPIC. Sinclair was running against Frank Merriam, the incumbent Republican acting governor, who had taken on the role when James Rolph died.

It's seemingly obvious why someone like Upton Sinclair would dislike Hearst, an extremely weatlhy individual known as the founder of sensationalist yellow journalism, but their animosity was in play long before Sinclair's run for governor. Sinclair's 1919 book The Brass Check: A Study of American Journalism took specific aim at Hearst. On screen, however, Seyfried's Davies actually cites an anachronistic dig at the Hearst empire from Sinclair when explaining the situation to Mank. She quotes Sinclair in his followup to I, Governor of California: I, Candidate for Governor and How I Got Licked, in which he alludes to Hearst, Davies, and San Simeon by writing that, "I saw our richest newspaper publisher keeping his mistress in a city of palaces and cathedrals, furnished with shiploads of junk imported from Europe." That wasn't published until 1935, after Sinclair had lost, but it works with the visual of Marion strolling around San Simeon while giraffes graze.

Why did Hollywood hate Sinclair?

In Mank, you see the loathing for Sinclair at San Simeon first in a party scene about 40 minutes into the film, wherein Louis B. Mayer—the co-founder of MGM, who was notorious and loathsome for reasons beyond his politics—compares Sinclair to Hitler, prompting Mank to explain the difference between communism and socialism to the crowd of luminaries gathered. Beyond just right wing leanings from some of the major players in the Hollywood of the era, there's a very specific reason Sinclair was seen as a threat to the industry. According to a history of the incident from KCET, he suggested that: "Why should not the State of California rent one of the idle studios and let the unemployed actors make a few pictures of their own?" 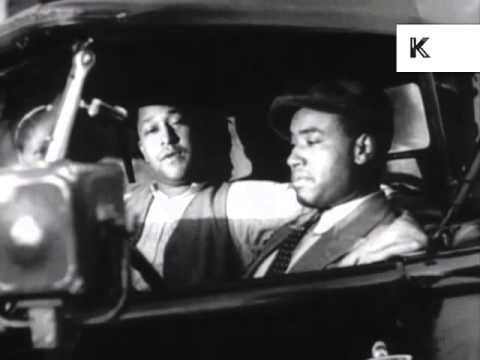 So were those attack newsreels real?

Yes, Mayer and Thalberg mobilized against Sinclair. As KCET notes, Mayer called on Hearst to smear Sinclair in his newspapers, and Hearst did stir up the threat that if Sinclair won the studios would move to Florida, which a movie extra alludes to when he runs into Mank outside the MGM gates. (You can also see prominent Merriam signs in the background of the shot.) Mayer was not the only executive to use funds from his employees' salaries to fund the Merriam campaign; all of them but Jack Warner did so. Revisiting the situation for the Los Angeles Times, the famed director Billy Wilder—then a writer at Fox, who had fled the Nazis—said, “I was aghast. This was not an example of what an American democracy was supposed to be all about.”

The newsreel, which plays such a prominent role in Mank, was Irving Thalberg's doing. Thalberg is still held in high esteem in Hollywood: The Academy still hands out the Irving G. Thalberg Memorial Award. He admitted to creating what was essentially the "father of the attack ad," at a party hosted by the liberal actor Frederic March, who was upset at their existence. Thalberg reportedly responded: "Nothing is unfair in politics." So, as is depicted in Mank, Thalberg mobilized the resources at his disposal, including movie extras, in order to create this propaganda which portrayed Merriam voters as upstanding citizens, and Sinclair voters as vagrants and Russian sympathizers. It was quite literally fake news.

How does Mank use all of this history?

Where the Fincher's invention starts is with the character of Shelly Metcalf, played by Jamie McShane, a pal of Mank's and lower ranking crew member at MGM. Shelly is allowed to direct one of Thalberg's shorts, but is so guilt ridden over his participation that he commits suicide. It's Mank's sorrow and anger over Shelly that leads him to go after Hearst with Citizen Kane.

There's something meta about the filmmakers taking this leap, rewriting history for their own narrative aims. It's reflexive not just of Thalberg's media manipulation, but of Kane's own myth-making. In Mank, Herman's inspiration is not just Hearst, but the entirely corrosive conservative agenda he represented. Mank himself also has an allegiance to Sinclair. They are both writers punching above their weight class.