Wanna watch Christopher Nolan's brain-teaser in chronological order? You're gonna have to work for it.

If you put in enough hours digging through bins at Best Buy or reading web forums devoted to listing special features for upcoming releases in the early '00s, certain movies will always be DVD movies. Even if you saw it in theaters, on VHS, or on a streaming service, The Matrix, with its cyberpunk style and cutting-edge digital effects, will always be a DVD movie. Even basic aspects of the technology, like the then-novel ability to skip to the most potentially mind-blowing scenes—the Neo vs. Morpheus fight or the lobby shoot-out, for instance—made the Wachowskis' science-fiction blockbuster a perfect marriage of form (sleek disc spinning in a machine) and content (cool shit blowing up on your TV).

But the limited-edition DVD of Christopher Nolan's breakthrough neo-noir Memento, released in May of 2002, more than a year after the film's theatrical run and seven months after the initial DVD release, is the movie I think of when I think of the creativity (and the charmingly goofy excesses) of the DVD era. Arriving in the wake of chronologically fractured '90s crime hits like Pulp Fiction and The Usual Suspects, Memento, with its dashing leading performance from Guy Pearce as the amnestic protagonist Leonard Shelby and game supporting turns from Matrix stars Carrie-Anne Moss and Joe Pantoliano, did brisk business in theaters, grossing more than $40 million worldwide on a $9 million budget. Two Oscar nominations—one for Nolan's screenplay adapted from his brother Jonathan's short story and another for Best Editing—soon followed and Nolan, as detailed in a 2001 Entertainment Weekly profile, was quickly gearing up for Insomnia, the Al Pacino studio thriller that put him on the path to rebooting Batman for Warner Brothers and becoming one of the most famous name-brand directors in Hollywood.

Though his later movies were built for giant IMAX screens, Memento is pure DVD-core. The structural gimmick—telling a revenge story backwards to mimic the experience of Leonard's short-term memory loss condition—made it ideal for home viewing, where obsessive viewers could re-watch every scene and pick apart possible inconsistencies in the plot. Telling a story in reverse order was hardly a new concept—a 1997 episode of Seinfeld, riffing on Harold Pinter's 1978 play Betrayal, did it prime time—but Nolan brought an exacting puzzle-maker's touch. The Polaroid photos scattered across Leonard's motel room and the tattoos scrawled across his body, along with the black-and-white interludes, suggested an intricacy beneath the film's surface-level pleasures. Like Christian Bale in Nolan's dueling magicians drama The Prestige, Memento asked the viewer, "Are you watching closely?" 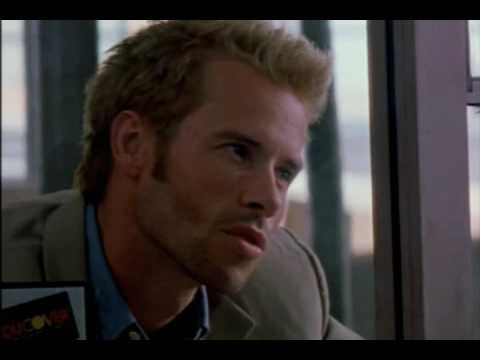 The limited edition DVD rewarded the growing cult of Nolan enthusiasts. Packaged like a medical patient's dossier, complete with little cards with notes scrawled on them, the DVD was proudly "difficult" in the same way that the movie could be. The menus are psych tests and clicking certain words performs certain functions. On the main disc, which held the film and the director's commentary, the menus weren't too hard to navigate; the second disc, which teased a number of "hidden features," required more effort. Critics were divided on the decision to gamify the menu, with DVDTalk saying it "enhances the purpose of the film" and IGN declaring it "frustrating and annoying." I remember it being a combination of both.

There was one "hidden feature" that was especially tantalizing: a chronological version of the film that could only be accessed by answering the psych questions in a specific way. It wasn't too hard to look up a virtual walkthrough for the DVD online, but there was something to be said for losing an afternoon just clicking around and trying to "discover" new features.

If you happen to have the DVD, here's how you do it (courtesy of Douglas Bailey's helpful navigation guide):

What can be gained by watching Memento in chronological order? Like many DVD special features, it's slightly more appealing in theory than in reality. (You can also currently find a fan-made re-edit on Vimeo.) I remember watching it when I first got the DVD and feeling a little underwhelmed. I had a similar experience when I pulled the disc out to make sure the instructions still worked. Memento was designed to unfold in a specific way, upending and twisting certain clichés of the genre, like the moment when Pearce realizes he's not chasing a bad guy and instead the bad guy is chasing him, and watching it in chronological order can feel like reading a proof for a math problem.

In the era of streaming, where companies like Netflix or Nolan's corporate nemesis HBO Max claim they want to make watching a movie as frictionless an experience as possible, there's something admirably retro about the limited edition DVD of Memento. It demands your attention in the same way the even-more elaborate alternate-reality game for Nolan's The Dark Knight also did. Last year saw the release of Nolan's latest brain-teaser epic Tenet, another time-scrambling thriller, and almost immediately fans started to disassemble the complicated plot online in tweets and Reddit threads. Memento, and its pleasingly convoluted DVD, established that a certain thorniness will always be central to the larger Nolan project of confusion and comprehension. Taking something apart can be fun, but the real joy lies in being tricked.