The sci-fi epic arrives on Netflix on December 23. 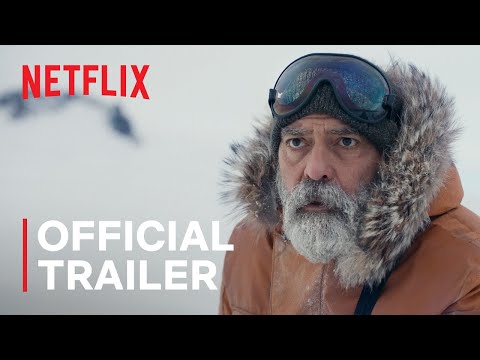 On more than one account, it's felt like the world was bound to end this year—or if not in 2020, the apocalypse sure does seem imminent. So, it feels somewhat fitting that Netflix is planning on wrapping up the year with The Midnight Sky, its big Christmastime release that just so happens to be an end-of-the-world epic.

The trailer for the movie, directed by and starring George Clooney as the last man on Earth, dropped today. Based on Lily Brooks-Dalton's popular novel Good Morning, Midnight, the sci-fi film looks like it's going to be as much as much as a tear-jerker as it is a heart-pounding hero's journey—as Clooney, isolated in the Arctic tundra, tries to contact his only saving grace, a spaceship led by Felicity Jones, and prevent them from coming back to the now-desolate Earth.

Clooney and Jones are joined by other big names including Kyle Chandler and David Oyelowo, and the screenplay comes from The Revenant screenwriter Mark L. Smith. With its sweeping, reflective themes of humanity and the weight of time, this one's arriving right in time for the holiday season, becoming available on Netflix on December 23 and hitting select theaters earlier in December. While you still have a few months before The Midnight Sky's release, you can start to brace yourself for 2020's latest emotional trial in the form of a disaster movie by watching the trailer above now.