In both her music and her life, Mitski Miyawaki is always on the move. On "My Body's Made of Crushed Little Stars," a cathartic stand-out from her last record, the wounded indie rock confessional Puberty 2, she sang lines bursting with the energy of a hopeful traveler stabbing thumbtacks in a map on a wall: "I don’t know how I’m gonna pay rent!/I wanna see the whole world!" Her highly anticipated new album, the self-consciously eclectic Be the Cowboy, finds her striking a more weary, road-tested pose. "I thought I'd traveled a long way," she sings on the barren ballad "A Horse Named Cold Air." "But I had circled the same old sin." The classic gunslinger's dilemma: new town, same shit.

Transience is Mitski's natural state. At the age of 27, the Japanese-American artist has toured the world as a musician, playing her own sets and recently opening for New Zealand pop star Lorde on her North American arena dates, but she also grew up in 13 different countries around the globe before arriving in New York for college. That sense of impermanence is reflected in her songs, which often eschew conventional verse-chorus-verse structures for more frenzied, immediate arrangements. Even on Be the Cowboy, a refined collection that shows off her gift for playful genre pastiche, she still sounds like she's in a hurry. You never know if the whole saloon might go up in flames. 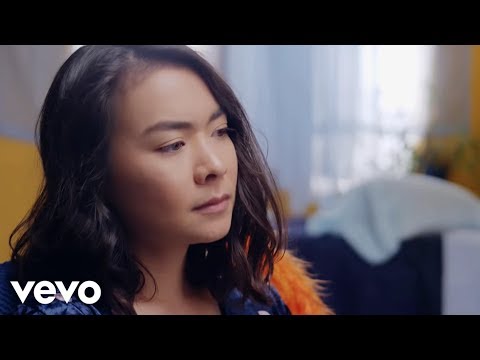 Miyawaki, who records under her first name, rose to prominence with her third album, 2014's Bury Me at Makeout Creek, a gnarled and heavily distorted statement of purpose that showcased her beautiful alto vocals. With its lead single "Your Best American Girl," an indie rock headbanger for the streaming era, 2016's follow-up Puberty 2 combined raw angst with raw power, flipping a switch that super-charged her portraits of alienation with electrifying guitar heroics. Working with frequent collaborator Patrick Hyland, who also produced Makeout Creek, she crafted an occasionally droll, often lacerating study in emo contrasts. She was drawing you in, building a mythology, and constructing a persona. Was it sustainable?

Arriving two years later, Be the Cowboy answers that question by confirming that Mitski is in it for the long haul. Tellingly, these are songs about conserving emotional resources: the depletion of love, the abundance of loneliness, and the steady drip of dispair. In a recent profile on Pitchfork, she revealed the "big secret" that many of the people directly addressed in her most vulnerable songs -- the jilted lovers, the mysterious confidants, the loyal protectors -- are stand-ins for her relationship to her own artistic work. "A lot of the ‘yous’ in my songs are abstract ideas about music," she said, likely disappointing her more ego-centric enemies. (Drake would never.)

That philosophical bent becomes even more apparent when you watch the carefully conceptualized, impeccably executed videos she's filmed for her recent songs. The clip for Be the Cowboy's opening track "Geyser" begins with her singing softly to the camera on the shoreline, lulling the viewer into a sense of familiarity before she takes off running, crawls on all fours, and claws at the mud. It's shot in a single take to heighten the song's immediacy. "Nobody," with its disco-tinged rhythms and lines about global warming, gets an arch treatment. Arms dangle from walls, diaries hide within diaries, and the house is revealed to be a movie set at the end. She wants you to see the strings.

But that meta quality never threatens to rob the music of its potency. Mitski's brand of poetic lyricism, capable of grand sentimental gestures and clear-eyed assessments of psychological nuance, explores volatile feelings with plain-spoken specificity. Either over moaning synths or clanging guitars, the imagery always snaps into focus. "I thought maybe we would kiss tonight," she sings on the hand-clap-filled "Washing Machine Heart." "Baby will you kiss me already and/Toss your dirty shoes in my washing machine heart/Baby, bang it up inside." It's visceral, bruising language.

Her understanding of romance is rooted in the act of observation, particularly the way desire intensifies over time, and her characters are often voyeurs of their own lives. "I could stare at your back all day," she repeats on "Pink in the Night," a haunting weepie that floats like a message in a bottle. Fittingly, these songs are cluttered with tokens of misplaced memories and misjudged intimacy. On the electro-pop stunner "Why Didn't You Stop Me," she looks for "a picture of you to keep in my pocket" but can't find one where "you look how I remember." Reality fades; the mental image reigns supreme.

The record grows darker in its second half as the neon lights dim and makeup gets smudged. At times, the mood recalls the windswept yearning of The Charm of the Highway Strip by the Magnetic Fields, a classic robo-cowpoke album from the '90s, but Be the Cowboy is not an attempt at honky-tonk futurism. This isn't Westworld and there are no puzzles to solve. Instead, it's dazzlingly human, eager to pick at scabs and scratch at bites. Even in the mannered domestic fiction of a song like "Me and My Husband," Mitski grabs your attention with the revealing details of a simple story and the confident plunking of a piano. The first sound you hear on the track is breath exhaling. Or is she inhaling? Doesn't matter -- one last gasp and she's off.