The New 'Mortal Kombat' Reboot Is a Nearly Flawless Victory

Get over here and watch this gory, cartoonish action movie now in theaters and on HBO Max.

It's universally accepted in Hollywood that video game movies tend to be more miss than hit, that the bad ones are really bad, and that the good ones come as genuine surprises. We recently compiled a very short list of the video game adaptations that don't suck, and even some of those required some defending. But in the rare instances when they're done right, they're done really right, and Simon McQuoid's Mortal Kombat, a reboot of the film franchise inspired by the series of fighting games that began with the 1992 arcade phenomenon of the same name, breathes new life into a genre that's been stagnant for too long.

The movie, which is now streaming on HBO Max and also in theaters, takes place on Earthrealm, where our most powerful champions are being picked off one by one by cheaters from Outworld, led by the powerful soul-munching sorcerer Shang Tsung (Chin Han), who is trying to stop a millennia-old fighting tournament before it even starts. Those that remain are a sorry bunch: Cole Young (Lewis Tan), a career loser cagefighter who thinks the cool-looking dragon brand on his chest is just a birthmark; Jax (Mehcad Brooks), a former soldier whose arms have been, uh, removed; Kano (Josh Lawson), a loudmouthed Aussie mercenary with a violent streak; and Sonya Blade (Jessica McNamee), another special forces soldier whose powerful ponytail makes up for the fact that she doesn't even have a Mortal Kombat mark. But when Lord Raiden (Tadanobu Asano) comes calling, they reluctantly answer, journeying to a far-off temple to find their arcana, superabilities that will aid them in the fight against Outworld. And, of course, there is a prophecy that hints that Earthrealm will come back from the brink when the blood of Hanzo (Hiroyuki Sanada), a legendary ninja murdered in the movie's brutal prologue, returns to the fight.

There's no actual Mortal Kombat in Mortal Kombat, which seems to be saving the true tournament for a possible sequel (fingers crossed!!), but that doesn't mean there aren't fights. The heroes of Earthrealm go toe-to-toe with Outworld's grossest foes so often I actually lost count of how many brawls are featured in the movie, culminating in one giant tag-team match in the middle of an arena that had me hooting and hollering with adrenaline. It's an absolute blast, with no-holds-barred violence befitting a movie inspired by the game that led to the inception of the ESRB rating system. That frozen blood spear from the trailer is tame compared to the rest. 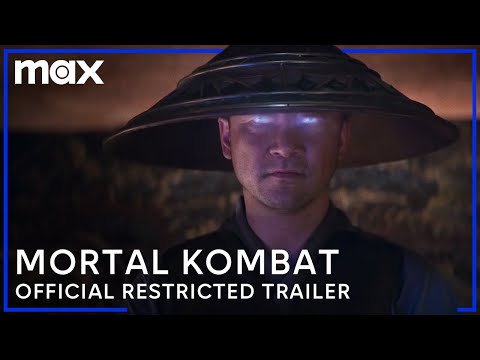 There's not a whole lot of explanation or character development aside from people who are good at fighting getting better at fighting, and, really, that's fine. Cole leaves his wife and child in a safe house mere hours after meeting one of his fellow champions, because… it doesn't matter. We're not here for Mad Men-level character work. We're here to watch a ragtag team of good buys beat the bejesus out of an army of demons with more teeth and hands than necessary. The primarily Asian cast feels appropriate for an American-made game that is undeniably Asian-influenced (and a clear step up from the whitewashed nature of its predecessors, 1995's Mortal Kombat and 1997's Mortal Kombat: Annihilation). Everyone in the cast is good enough, and some are even great, which does make you wish that the actors had a little more script to work with. Every scene with Sanada is absolutely electric, and the best fight has really nothing to do with the primary characters at all.

While the fights are good, maybe the most fun aspect of the movie is how it works in all the little bits of dialogue from the games, finagling ways for characters to say stuff like "FINISH THEM!!" "FATALITY!!" and "GET OVER HERE!!" That aspect of the film alone has the same "I understood that reference" dopamine rush without Ready Player One-ing it into oblivion, translating the world of a more or less straightforward video game into what feels like the beginning of an action-adventure film series. I mean, Mortal Kombat should eventually get to the actual Mortal Kombat part, right?