Joe Taslim brings it as the reworked and frightening ice-conjuring Sub-Zero, who has a legendary score to settle.

From the icy warehouse and frozen bullets in the opening seconds of the trailer for the new Mortal Kombat, it was clear that one of the franchise's most famous characters was getting a big upgrade from the 1995 film. In Paul W.S. Anderson's adaptation, the villainous cryomancer Sub-Zero was paraded around with Scorpion as the Outworld's two deadliest fighters, given zero lines, fought with Liu Kang, and died before the movie was half over. Not only was it disappointing to see such a cool power underused and discarded, the fact that Sub-Zero and Scorpion tolerated each other defied the very nature of the games, wherein the two were bitter rivals as members of the Lin Kuei and Shirai Ryu clans, respectively.

By ignoring the 1995 storyline (and 1997's Mortal Kombat: Annihilation, where the enemies were pitted against each other in a fight that looks like it's from an episode of Power Rangers), the 2021 Mortal Kombat spotlights the tension between Sub-Zero, nee Bi-Han (frighteningly played by Joe Taslim of The Raid movies and an accomplished martial artist), and Scorpion, nee Hanzo Hasashi (the excellent Hiroyuki Sanada), turning their ancient feud into the backbone of the whole film.

"This is something special to give justice to Sub-Zero and Hanzo Hasashi/Scorpion; these two characters are probably the most iconic in the game," said Taslim over Zoom. "They gave me the opportunity to just give more—give more heart, give more soul—to make this character alive, and I gave everything. I think this is probably, in my career, the most fun character I played so far." 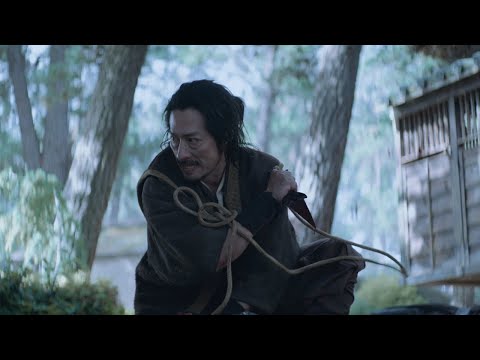 Taslim's passion for his character—whom he does indeed main when playing the game, he admitted—is apparent in the focused intensity he brings to Sub-Zero. Not only does he get to say lines finally, he's one of the first people we meet in the film, intimidating Hanzo's wife and young son, before killing them and setting them in front of the Hasashi home like an icy Pieta sculpture.

Within the first eight minutes, we're treated to the movie's first major brawl, fittingly between Bi-Han and Hanzo before they had become super-ninjas with their masks and costumes. But how did they end up hating each other so much in the first place? "The founder of Shirai Ryu used to be a Lin Kuei assassin named Takeda," Taslim explained. "He left the Lin Kuei and then he built his own clan, which is the Shirai Ryu. It's actually very political. From the Lin Kuei perspective, 'You guys are traitors and we've got to wipe out all of you.'"

To that end, Taslim approached their fights as all business, something he must absolutely do to prove the superiority of the Lin Kuei. And noticeably, Bi-Han seems to practically hold back, electing to not really use his cryomancy, before ripping open Hanzo with his wife's trowel knife. "'I can just kill you without the skill,'" Taslim said of Bi-Han's mindset. "So confident, so cocky, so arrogant, but it's beautiful at the same time. 'I've been waiting for so long for this time to fight you, so I'm not going to waste this fun by making it so easy.'"

Centuries after this showdown, Bi-Han is no longer Bi-Han—he's Sub-Zero. (Why, you might ask in the context of the movie? Get a life, who cares!!) And finally, it's time to show off the extent of his cryomancy in sabotaging the Mortal Kombat tournament before the Earthrealm's champions have a chance to harness their own special skills. Luring Jax (Mehcad Brooks) into his ice domain, Sub-Zero first stops the bullets shot from his gun, then freezes and cracks his beefy arms off before kicking the rest of his amputated body down a hole in the floor. He makes spiky ice walls. And before you know it, it's the third act of the film and Sub-Zero is facing Cole (Lewis Tan), a distant descendent of Hanzo Hasashi thanks to the baby stashed in the floorboards before Bi-Han killed the rest of his family.

It's here where the melding of fight choreography and special effects get especially fun, with Cole summoning Hanzo, officially Scorpion, out of Hell and Sub-Zero pulls out all the stops to kill him once again. He makes a sword out of Scorpion's frozen blood; he flings deadly ice darts at Cole; he creates an ice decoy of himself to dodge an attack. "This is a journey of him being from like, almost unbeatable and then going down, down, down, down, down until you just lost everything," Taslim said. After shedding his armor and mask (it's symbolic), Sub-Zero is finally bested and dissolves into pitch-black charcoal.

"I remember at the end of the final fight I broke down. It took me a while to gather myself because I invested too much, probably, kind of crossed the line," Taslim said laughing. "I was kind of like, 'I need a minute.' I was so lucky, Hiroyuki and everybody was like, 'Take your time.' I think I gave my heart for this character, and I really hope the fans feel him—waaay more than the previous movie."