The 13 Ways You Die in a Horror Movie

"There are certain rules that one must abide by in order to successfully survive a horror movie," says Jamie Kennedy in Wes Craven's 1996 meta-horror film Scream. To an audience of beer-drinking teens, he lists the various activities that will get you killed: having sex, drinking, doing drugs, and saying, "I'll be right back!" It's a convincing argument for how to stay alive in a horror movie -- but what if you're destined to die in a horror movie and want to go out with a bang?

Unlike Jamie Kennedy, I'm not here to judge you, Unknowing Character Trapped in a Scary Movie. Without you, the fleshy cannon fodder, one of cinema's best genres would have no one to kill. You are important. You are essential. And you are about to die. Here are the ways that's going to happen.

1. You're going to get stabbed

Let's get the basics out of the way: If you're in a horror movie, you're probably going to get stabbed. Sharp blades are the preferred tool of the trade for the major big bads from the most popular horror franchises of all time: Jason of the Friday the 13th series (machete), Michael Myers from Halloween films (butcher knife), and Freddy Krueger from the Nightmare on Elm Street movies (glove with very scary dagger fingers). If you're a horny camp counselor, a neglectful babysitter, or just a sleepy teen trying to get some shut-eye, chances are you're going to get hacked up by this symbolically loaded phallic weapon. Run!

All of the big-three slasher killers have other methods of eliminating victims -- hell, Freddy kills a gym teacher by whipping him on the ass with towels during a steamy shower showdown in Nightmare on Elm Street 2: Freddy's Revenge -- but they always return to the fine art of the stab. There's a reason why the killer in Scream also used a knife: It's a classic. Ask Norman Bates. Ask Leatherface. Ask that mysterious figure lurking in the shadows right behind you.

2. You're going to get shot

Sorry -- if this happens to you, you were probably a pretty minor character who was deemed unimportant enough to die a quick, firearm-related death. When we see guns in horror movies, they are often being shot at zombies, fired by stupid cops who don't realize bullets do nothing but make Jason super irritated, or attached to Rose McGowan's leg. But there are actually a decent number of very stupid, underwhelming gun deaths in horror movies, including the infinitely quotable "garbage day!" from Silent Night, Deadly Night II. That's your best hope if you get shot in a horror movie: One day you will be a meme that makes 12-year-olds laugh on the internet.

3. You're going to get decapitated

If you're getting decapitated in a horror movie, you're probably a little annoying. This is a punishment that's often dealt out to a film's resident chatterbox, the character that the audience harbors a not-so-secret desire to see attacked with an ax -- or, in the case of the Hatchet movie series, with a hatchet. Either way, it's not your fault: You're a gum-chewing cheerleader, a giggling bully in a letterman jacket, or a photographer with a neck made for glass to slide through. You were always going to die. (Side note: Does the exploding head from Scanners count as a decapitation? I'm going to argue no. Decapitation is the removal of a head from the body. That one blows up -- not decapitation.) 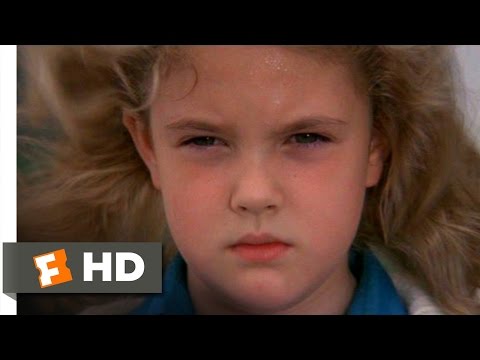 4. You're going to get burned

You may think there are four elements, but, as a horror movie character, you need to really only worry about fire. Earth, wind, and water can all do significant damage in disaster movies -- and yeah, What Lies Beneath has a creepy bathtub scene -- but the flame emoji is the one you want to avoid in a horror universe. If Drew Barrymore gives you the evil eye, you're toast. (Burnt toast -- you know, because of the fire.)

5. You're going to get buried alive

Getting buried alive in a horror movie is a classy way to die. First of all, it could mean that you're in a period movie that's based on an Edgar Allan Poe short story that you read in high school. That's cool! You probably get to wear a frock, a fancy pair of stockings, and a cloak. Maybe you have the pleasure of talking politics with noted Poe cosplayer John Cusack. Getting buried alive isn't as popular as it was back in the days of Ted Danson's sea-death in Creepshow -- nowadays you're more likely to see it in action films like Kill Bill or thrillers like Buried -- but director Eli Roth brought it back for the big (deathless) finale of his Keanu Reeves home-invasion movie Knock, Knock last year. If it's good enough for Keanu, it's good enough for you.

6. You're going to get caught in a bear trap

Picture this: You're taking a stroll through the forest and reflecting on all the natural beauty in the world when -- SNAP -- you get your foot caught in a bear trap, that menacing spiked mechanical object you remember from cartoons but probably forgot is also a deadly weapon. Saw did a lot to help popularize the bear trap by pioneering the "reverse bear trap," a phrase that sounds just as horrifying as it is to watch, but this hunter's tool also pops up in Cabin in the Woods, Straw Dogs, and, oddly enough, The Naked Gun, where O.J. Simpson gets snared in one after falling face-first into a cake and before tumbling off the side of a boat. If the bear trap fits, you must acquit. 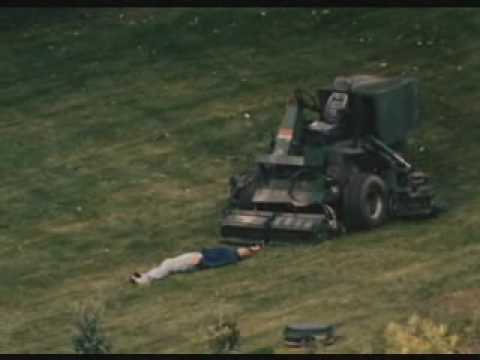 7. You're going to get murdered with lawn equipment

So maybe you escaped the bear trap-filled forest -- good job! -- but you're not out of the woods yet: Rural areas and suburbia can be just as treacherous as the great outdoors. Why? Gardening tools! Shears, pitchforks, chainsaws, and WeedWackers are all potential threats. In M. Night Shyamalan's hilariously bad The Happening, we see a man get killed by a hungry, hungry riding mower, which should be a convincing argument that if you're in a horror movie, you should just never leave your house -- or at least leave the gardening to someone else. 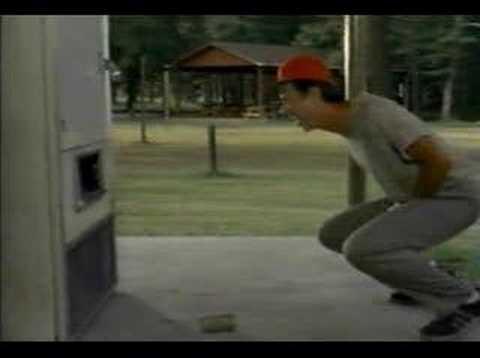 8. You're going to get killed by a soda can

Oh, sure, lawnmowers are dangerous -- everyone knows that. But, a vending machine can't kill you, right? Wrong. While horror writer Stephen King's directorial debut Maximum Overdrive is most famous for its scenes of trucks running wild, its AC/DC score, and the fact that it's the only movie King ever directed, you really need to remember this movie for the scene where a vending machine goes medieval on a Little League coach and his players. As one kid yells before running away as metal cans rain down like sugary motor shells: "What the hell?" 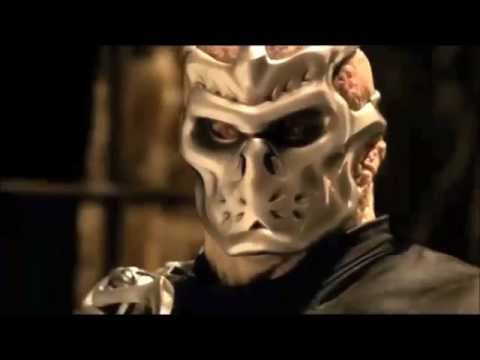 9. You're going to get bashed against a tree in your sleeping bag

Sometimes a slasher-movie veteran needs to go to space to find himself. At least, that's what happens in Jason X, the intergalactic 10th entry in the Friday the 13th franchise, which answers the urgent question, "Do we need a Jason-in-space movie with a reference to Andrei Tarkovsky's Solaris?" The answer is clearly yes. While many go to bat for the film's head-freezing liquid nitrogen scene, you should pay special attention to this satiric virtual-reality scene where the UberJason kills two campers by slamming their sleeping bags together like drumsticks. Not-so-sweet dreams.

10. You're going to get trapped in a tanning bed with your BFF and baked alive

11. You're going to get pelted with CDs by a CD-shooting monster

So, you're a '90s metal fan with a Chainsaw Kittens T-shirt hanging out at the popular nightclub The Boiler Room, which is where all the coolest burn-outs congregate to smoke cigarettes, drink beers, and listen to shitty music. Well, you better be able to run in those big black boots because you're in Hellraiser III: Hell on Earth and there's a cenobite with a CD drive for a mouth chasing you. It'd only be more '90s if it chased you into an empty Sam Goody and impaled you with House of Pain CDs. 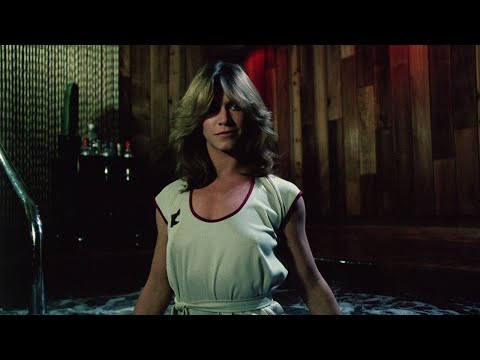 12. You're going to get stabbed by a hidden orifice under someone's armpit

Lots of people like to talk about the exploding head in Scanners as the peak of David Cronenberg's twisted body horror, but here's one that will get you: the creepy armpit attack. If you've never seen the Canadian director's 1977 film Rabid starring Marilyn Chambers, here's what you need to know: If a beautiful woman approaches you in a hot tub and wants to show you her armpit, stay away. There's a very good chance she's grown a little stinger underneath there and she's going to kill you with it.

13. You're going to get your genitals bit off

Not sure how much we really need to explain about this very NSFW one. Or, uh, this one. Be careful out there. You are in a horror movie. All your body parts are fair game.

Dan Jackson is a staff writer at Thrillist Entertainment, and he would die very quickly in any horror movie. He's on Twitter @danielvjackson.