Movies That Were Saved by Special Effects

If you've ever heard the phrase "fix it in post," you know what we're talking about. Major motion pictures often coalesce thanks to invisible tweaks, additions, and cuts made by their visual-effects teams. You don't notice them because they're never meant to be noticed. But let's pull back the curtain -- here are a few of the craziest quick-fix stories in recent Hollywood history. 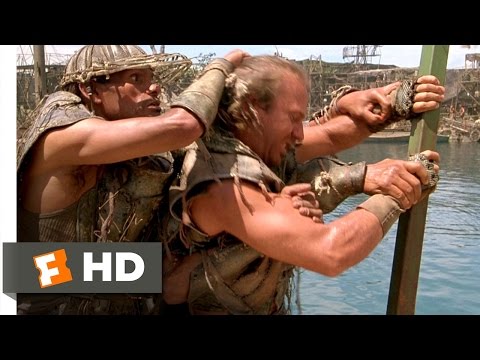 When the [blank] looks too much like a [blank] 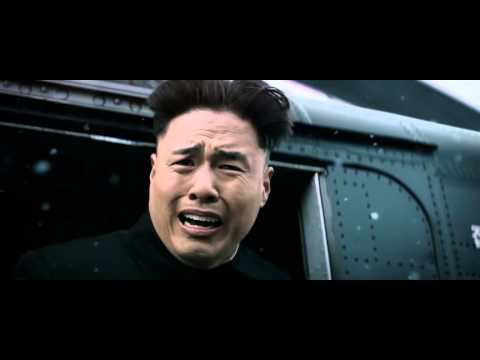 Post-production artists were reportedly called in on Seth Rogen's political satire to also modify the designs of North Korean soldier buttons because they were too realistic and, according to The Hollywood Reporter, "showcasing military decorations would be considered blasphemous to the nuclear-armed nation." That seems to echo the experience of the filmmakers behind Arnold Schwarzenegger's 1996 action movie Eraser, where a raft of company signage -- making up 84 shots of 1,793 frames in length -- needed digital replacement after the fake name of a fictional computer corporation (Cyrex) was deemed too close to a real computer-chip maker in Texas (Cyrix). Who really deserves the title of "Eraser"?

When you need to… beef up a package

Calling Deadpool's last-minute addition a "save" might be stretching it, but the team behind this year's R-rated comic-book movie was given one crucial, and unexpected, assignment. The scene where Ryan Reynolds' heavily scarred, nude Wade Wilson takes on his adversary in a warehouse fire required VFX studio Rodeo FX to layer in intricate smoke, fire, and debris effects. But in the end, the artists kept noticing something was missing: Wilson's penis.

"Ryan had been filmed in this scar makeup [by Bill Corso] from head to toe… but then once they'd done the edit they realized because he was effectively naked he had to have this CG penis," a Rodeo visual-effects supervisor told fxguide. "We had to make a concept, have it approved by the director and the executives and Ryan. Then we went into modeling, rigging, texturing and lighting, animating, and comping. It was in six shots. It wasn't meant to be comedic -- it was one of those things that's when it's there it looks so natural that you don't even notice it. When it wasn't there it looked really weird." 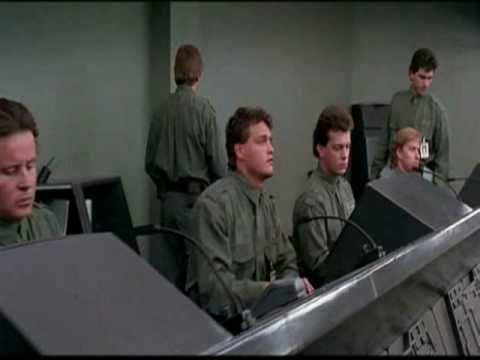 Most special-effects "fix-its" -- when the boom mics or crew members are caught in frame, when the shot is out of focus, or when wayward extras need to be removed from a scene -- simply slip by unnoticed.

Then there are times when things go totally off the rails. Such was the case for the X-ray-scanning sequence in Paul Verhoeven's Total Recall. In the scene, Arnold Schwarzenegger's Douglas Quaid walks behind a futuristic X-ray screen and becomes a computer-animated skeleton. Early motion-capture techniques, similar to the technique that brought Gollum and the Planet of the Apes apes to life, were used during filming to capture Schwarzenegger's walk cycle. But the outsourced effects work was… junk. Schwarzenegger reportedly wore too many reflective balls, blurring his movements to the motion-capture cameras. Without usable data, Verhoeven's effects team had to resort to old-fashioned animation. 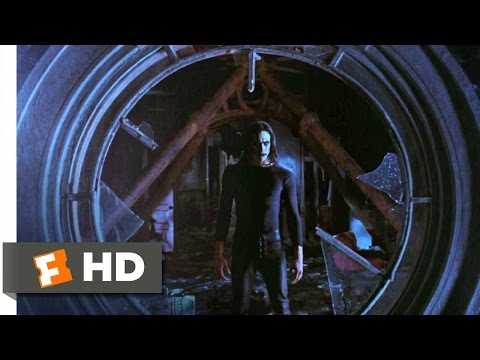 When you have to finish the movie, no matter what

Tragedy can strike a movie set. When a leading actor passes away during filming, the first thought might be to shut the whole production down. But special effects, and often a whole lot of creative editing, can save such a movie from collapsing. One of the most well-known incidents was the death of Brandon Lee following a handgun incident on the set of The Crow. Visual-effects studio Dream Quest Images worked on just seven shots in the film specifically dealing with the digital resurrection of Lee. It might not sound like many, but these were crucial, and involved cutting out the actor from previously filmed scenes and placing him in new photography.

Oliver Reed, who died during the filming of Gladiator, was also placed back in the picture by superimposing a previous performance of the actor on a body double. An even more elaborate version of this technique was employed for Furious 7, after the sudden death of actor Paul Walker. Using techniques it had mastered while creating photorealistic CGI humans, Weta Digital (Lord of the Rings) made a CG Paul Walker by analyzing existing footage of the actor and filling in the blanks with scanned versions of his brothers Cody and Caleb. Treating the subject matter incredibly sensitively, Weta Digital completed final full-frame shots of Paul via a combination of re-edited real actor, digital models, and "re-projections" of existing footage.

Ian Failes writes about visual effects, animation, and humanoid robots whenever he can. Join him on the digital frontier @vfxblog.