This comedy is very, very sneaky (and now streaming on Netflix).

Since the 2015 release of the cowpoke comedy The Ridiculous 6, Adam Sandler has tamed the wild west of Netflix. Besides the five movies released as part of a lucrative multi-film deal with his production outfit Happy Madison, he's also starred in a "serious" Noah Baumbach movie (The Meyerowitz Stories) for the company, released his most recent stand-up special on it, and produced a couple of titles featuring his old SNL pal David Spade. Even his most recent non-Netflix-produced vehicle, the Safdie Brothers' abrasive gambling drama Uncut Gems, found a home on the streaming service after its theatrical release in America last year. Netflix belongs to the Sandman.

So, it's not surprising when a "new" old Sandler movie, like 2002's Mr. Deeds, drops on the service and immediately draws attention from bored scrollers who recognize the younger mug of one of the service's marquee stars. Though it has a dismal critical reputation -- 22% on Rotten Tomatoes and three nominations at the Razzie Awards -- this proudly goofy remake of a 1936 Frank Capra film remains one of Sandler's most underrated comedies, packed with stupid sight gags (the frostbitten foot!) and funny lines ("Genius genius genius!"), and, viewed from the present moment, it's a curious example of the actor's surprising durability as a mainstream movie star. 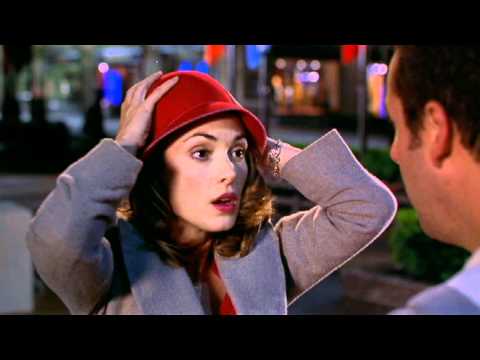 Many of the negative reviews of Mr. Deeds highlight the movie's simultaneously sentimental and rude tone, particularly the way the simple premise, drawn from the Capra film, often chafes against the violent impulses of Sandler's comedy. If you don't have the plot details etched in your brain from cable viewings, Mr. Deeds follows Longfellow Deeds (Sandler here; Gary Cooper in the original) as he discovers he's the heir to a $40 billion dollar fortune from a distant relative and gets whisked away from his quaint New Hampshire home of Mandrake Falls to the mean streets of New York, where he must contend with a scheming tabloid reporter posing as a naif (Winona Ryder) at the behest of her slimy editor (a mustachioed Jared Harris) and a backstabbing business colleague posing as a friend (Peter Gallagher). In multiple scenes, Deeds deals with the condescension of the rich and the mockery of cultural elites, like an opera singer and a New Yorker writer, by behaving like many Adam Sandler protagonists: He beats them up in big bursts of cartoon-like mayhem.

The tonal precarity that irritated critics like Roger Ebert, who noted that the movie "breaks the mood with absurdly inappropriate 'comedy' scenes," is actually what makes Mr. Deeds perversely re-watchable. One one hand, Mandrake Falls is presented as idyllic, an old-fashioned community centered around a local pizza place, but it's also a little disturbed, a town where a random guy pretending to be a cop shows up to drink a beer and listen to another man read a greeting card in the middle of the day. The story has a handful of these odd detours, like when a cocky football star who plays for the Jets, a team Deeds now owns, arrives out of nowhere to renegotiate his contract and promptly gets punched out by Deeds for using foul language. Later, the player calls Deeds back and apologizes while his physically abusive father lurks menacingly in the background. "No daddy, no!" screams the jock as his dad beats him with a belt and the scene cuts away, echoing the chillingly funny "people to kill" scene from Billy Madison.

Similarly, the vision of New York as an adult playground where you can always get wasted and egg cars with tennis bad boy John McEnroe is quasi-romantic if accepted on its bizarre terms. As the plot unfolds, there's a dash of HBO's Succession -- Deeds runs a media company and there's a lot of dialogue about "the shareholders" -- and a touch of autobiography, as Sandler himself grew up in New Hampshire and moved to New York for college as a teenager. Like many of Sandler's best films, Mr. Deeds is both deeply personal, filled with longtime friends and frequent collaborators, and grotesquely banal, laced with corporate sponsors and folksy platitudes. It also runs out of steam in the last third, another common problem in the larger Sandler-verse.

I don't want to overstate case for Mr. Deeds -- parts of it are slow, cruel, and slapdash -- but, watching it now, it feels like the point where the broader Sandler sensibility really crystalized. Looking at his filmography, Mr. Deeds represents the end of what one could generously call the Golden Age of Sandler's studio comedy period that begins with the one-two punch of 1995's Billy Madison and 1996's Happy Gilmore. If you're more of a purist, you might argue that this epoch ends with 1999's Big Daddy, the biggest box office hit of his career up to that point and a film that softened his aggro-slacker image in key ways, setting the stage for him to emerge as a family comedy star in the next decade.

Mr. Deeds was released in 2002, the same year that Sandler also starred in Paul Thomas Anderson's romantic comedy Punch-Drunk Love, a movie clearly made by a fan of the Sandler persona that re-calibrated Sandler's critical reputation and pointed to the possibility of him as a compelling dramatic leading man. (A path he followed in movies like Spanglish, Funny People, and Uncut Gems.) In that sense, Mr. Deeds finds Sandler in a transitional period, where many of the treacly qualities that would overwhelm later films like 50 First Dates and Click are present but not yet dominant.

Is there a moral, or a larger guiding ideology, to Mr. Deeds? While Ebert thought it had a pro-corporation slant, arguing that Deeds's desire to keep the company intact makes him a Murdoch-like pro-monopoly figure, the ending is mostly about providing jobs (and expensive cars) for your buddies, a message that clearly resonates with Sandler. (In a recent New York Times Magazineprofile of Sandler, sports personality Dan Patrick recalls Rob Schneider describing the Sandler filmmaking community this way: "Once you’re in, you’re in.") Following the largely befuddled reception to the more high-concept Little Nicky in 2000, he got back to basics and did some course correcting, re-teaming with director Steven Brill and his roommate-turned-writing-partner Tim Herlihy for Mr. Deeds, which grossed over $170 million and kicked off a long run of Sony-produced hits. Time for business as usual.

Together they built a formula that's served them well and continues to make them all very rich in ways that Deeds himself might find a little distasteful. (Or maybe not -- he does accept a billion at the end from John Turturro's newly rich sneaky butler.) This fall, Sandler will release Hubie Halloween, a movie directed by Brill and co-written by Herlihy. Where will you find it? Netflix, a domain Sandler has built into his own streaming version of Mandrake Falls.