The Museum of Home Video Is One of Twitch's Best-Kept, Weirdo Pop-Culture Secrets

The channel, with its weekly 90-minute broadcasts of found-footage ephemera, is helping turn Twitch into a platform that's not just for gamers.

Screenshot via Museum of Home Video

Before the global pandemic, it would have been safe to assume that Twitch was a community exclusively for gamers. But ever since lockdowns were put in place, that notion turned on its head rather quickly as more and more people saw the appeal of watching streams of people cooking or playing music from their homes. Even more recently, New York representative Alexandra Ocasio-Cortez, joined by fellow House representative from Minnesota Ilhan Omar, leveraged the platform for a get out the vote stream of Among Us, peaking at 435,000 viewers at one point. It’s that unique aura of personality that makes Twitch feel like talk radio for the extremely online.

Live-streaming platforms like Twitch have completely ballooned since the pandemic. According to data from StreamElements, Twitch averaged over 1.6 billion hours of video watched in April, a 50% increase from March 2020 viewership, and up 101% from the previous year. It’s clear that streaming, beyond the common comforts of services like Netflix, is having a moment.

While Twitch is still by and large dominated by video game streams, it also fosters a wide array of odd subcultures and tight-knit communities. From celebrity talk shows hosted entirely in Animal Crossing, to streams of The Joy of Painting, there’s a weird and wonderful underbelly of Twitch begging to be explored.

One of Twitch’s best-kept secrets is the Museum of Home Video, a weekly found-footage show advertised as “90 minutes of pure discovery for archivists, drinkers, stoners, and seekers.” That could be a commercial for the '90s adult juicebox BoKu starring Richard Lewis, a clip of Patti Labelle struggling to remember the lyrics for “This Christmas” at the 1996 National Tree Lighting ceremony, a supercut of forgotten moments in daytime television interviews. Whatever the programming is that week, it’s likely to be a collection of videos largely lost to time or memory. 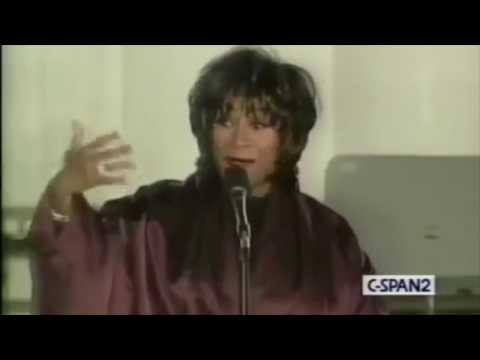 Bret Berg, the show’s creative director and emcee, came up with the project after fostering an obsession with what he calls “download culture,” developing his collection of ephemera while he was the manager at CineFile Video in Los Angeles in his early twenties, from 1999-2011, making copies of odd and hard-to-find videos. Since then, Bret spent the last 20 years scrounging torrent sites and saving anything that’s piqued his interest, resulting in a massive archive housed in two 20-terabyte hard drives (and two more for manual backups).

“I realized all I had in my collection was weird dumb shit, so why not start a weird dumb shit show,” Berg says during the intro of one of the episodes.

Berg and his co-producer Jenny Nixon were adamant from the beginning that the Museum of Home Video was a variety show, insead of something that was themed week to week. Berg compares the flow of the show to creating a mixtape, with the goal of taking the audience on a journey of emotional highs and lows. There are recurring segments, or “buckets” as they’re sometimes referred to, each week: “Fasterpiece Theater” is a 10-15 minute cut of a crappy movie in Berg’s collection; “Church of Letterman” highlights forgotten guest appearances and interviews with David Letterman, including a supercut of the various times Chris Elliott impersonated Marlon Brando.

Berg and Nixon initially planned for the Museum of Home Video to be an in-person live show. Both had experience with similar projects: Berg hosted a monthly lecture series called the Voyager Institute where guests would present Powerpoints about their niche fascinations, and Nixon has spent much of her adult life producing events and organizing communities. When it became clear that the in-person show was no longer a possibility, Berg and Nixon adapted, pivoting to the internet.

Berg and Nixon were not familiar with Twitch before launching the Museum of Home Video on July 28, so they recruited help from Dimitri Simakis of the Los Angeles-based VHS and video blog Everything is Terrible, perhaps best-known for its very large collection of Jerry Maguire VHS tapes, to learn the ropes.

“We're not these super big video game people who have massive followings,” Nixon says. “Technologically speaking, we're maybe not the most ‘profesh.’”

What the show lacks in production polish it makes up for with its charm. Berg streams live from his porch in Los Angeles, often smoking a joint, and routinely forgets to unmute himself between segments. Nixon recalls one show where the heat wave was so bad in California that Berg had to go inside and put his laptop on bags of frozen cauliflower during the stream because his laptop was overheating.

Being forced onto Twitch has brought plenty of unforseen advantages. For one thing, the fan community that has fostered on the platform has quickly become the heart and soul of the show.

“It didn't occur to me how vital that was to the show concept until the first episode,” Berg says. “Before it premiered officially, I did two test streams. Because it was such a small group of people, I wasn't really aware of how integral the chat part would be once you get 100 people. The tight interactivity of that was so outside my knowledge space, I was blindsided by it. I was like, wow, without that component this is not as fun.”

Nixon notices this, too, and as a producer, she's passionate about building a community. During any given broadcast, you’ll see the username MsJennyNixon frequently pop up in the chat, answering audience questions and starting conversations.

“There's people I see in that chat every week,” says Nixon. “I'm learning people's quirks. And only two and a half months in and there are in-jokes that people who have been watching every week get.”

Herb Mumford, who goes by the username pleasantlyconfused, doesn’t remember how he found the Museum of Home Video, but looks forward to it every week. “It feels like peering through a window at old videos from a parallel dimension, another possibility of what could have been,” Mumford says. “It’s the antidote to my bitter cynicism.”

In addition to the chat, there’s also interactivity within the show. Each episode features a special guest who presents their own found footage obsession. Some of the interviews are hosted by Nixon, who, after donning a fake quarantine beard in one segment, has now adopted it as her on-camera quirk. One week featured a “Star Trek Adventure” home video, in which the presenter’s family dressed up like characters from Star Trek and were green screened into a scene. Another week featured a supercut of wacky commercials for TNT Amusements, a pinball machine supplier in Pennsylvania.

Outside of their standard Tuesday programming, Berg and Nixon will plan extra events. Berg will go live during the weekend as an “office hours” stream, going through his footage to get a sense of what the audience is interested in. At the beginning of September, they put together the “Jerry Lewis Telethon Marathon,” which ended up being over six hours of continuous streaming of highlights from the Jerry Lewis-hosted telethons from the 1960s to the 2010s. And they recently introduced new programming under their “network” like MusicVideoDrome, which takes a look back at the archives of music television.

Another benefit of taking their show to Twitch is the unexpected return of appointment viewing. The Museum of Home Video is not a show you can binge watch; it celebrates the beauty of a live communal experience. Just like much of the forgotten footage they show, you have to tune in as it happens or you’ll miss it—though you can get access to the reruns on their Patreon.

“As someone who grew up with appointment viewing and VCRs, it's kind of interesting that it's coming back a little bit,” Berg says.

The Museum of Home Video is, of course, not the only show of its kind. Many theaters have started streaming due to the pandemic, like Spectacle Theater in New York or various theaters that partner with Screen Slate, along with 24/7 streaming channels like Cinephobe.tv and Moviepass (no, not that one). But the Museum of Home Video, with its highly engaged audience, is indicative of what is so special about this growing community of digital weirdos and download obsessives.

While the dream is to eventually be able to do the show safely in a venue, Berg and Nixon can’t deny the power and reach of their community on Twitch. Viewers from all over the world—including the Netherlands, Hong Kong, and Australia—all come together each week to dive into an ocean of found footage you can’t find anywhere else.

“It's all about obsession,” Berg says. “I think that the reason why my show connects with people. Here's what I've been recently obsessed with, and let's bring on other people to talk about things from their obsessions.”

Cody Corrall is a film and culture critic based in Chicago, on Twitter @codycorrall.