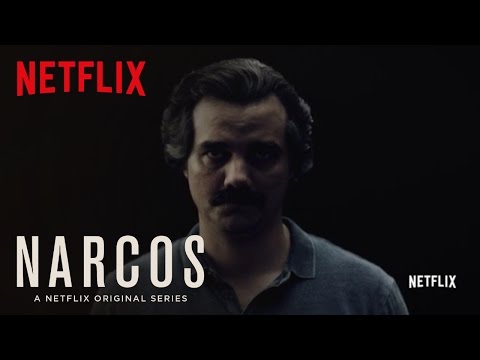 After two seasons of shoot-outs and voice-over narration, Netflix's hit drama Narcos is turning over a new coca leaf. Despite the departure of lead actor Wagner Moura and his notorious drug kingpin Pablo Escobar (RIP), the series already has big plans for Season 3 -- and 4.

Netflix dropped the second installment of Narcos in full last Friday, then released the hazy trailer above just four days later, which promises a new big bad as the series moves on from the Medellins.

After Escobar finally kicked the bucket, executive producer Eric Newman took great pains to make space for the formidable new Cali Cartel to take over his narco trade. "This show has always been about cocaine. We purposely did not call the show Pablo Escobar or Medellin," Newman reminded us in an interview with Entertainment Weekly.

Four days might be a record renewal time for Netflix, which recently dragged its feet making us wait for news of a Stranger Things follow-up.

According to a Netflix press release, Season 3 drops sometime in 2017, and we won't wait long for Season 4 after that. In the meantime, we'll be studying up on the new villain, Cali Cartel, who filled Escobar's role in the final moments of the Season 2 finale. As the trailer teases: "the blow must go on."

Lauren Leibowitz is an editor at Thrillist Entertainment and in the running to be Netflix's next queenpin. Find her on Twitter @lleibowitzz.
Thrillist TV
History of
Our Newsletter