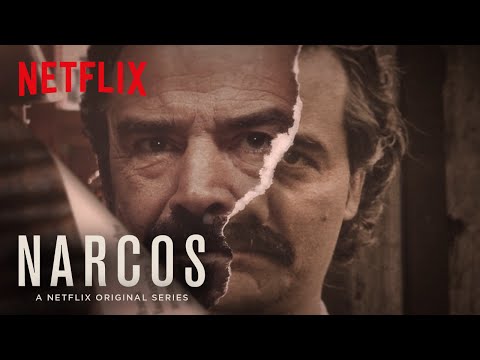 Netflix's crime drama Narcos had a face: actor Wagner Moura as the legendary Colombian drug lord Pablo Escobar. Though the Medellín Cartel had tentacles wrapped every side of the Drug War, it was Escobar -- and Moura's split-image portrayal -- that took the series around its most haunting and riveting corners. Anyone who binged Narcos last year might have a reason to be worried.

The accelerated Season 2 concluded with DEA agents Steve Murphy (Boyd Holbrook) and Javier Peña (Pedro Pascal) taking Escobar down with two echoing sniper shots. (Which, as the creators of the series later revealed, was almost exactly how the real life Escobar died.) Where would the show go from here, now that its face was gone?

The first trailer for Season 3 is here, and the answer is a logical conclusion: the Cali Cartel is now in control, run by Gilberto Rodríguez Orejuela (Damian Alcazar), who can't quite match Escobar on the mustache front, but looks equally nefarious. As a 1991 Time Magazine article describes, "Nicknamed the 'Chess Player' because he runs his business -- and life -- with cold calculation, [Orejuela] parlayed youthful jobs as a drugstore clerk by day and a kidnapper by night into a vast network of enterprises, including a pharmacy chain, office and apartment buildings, banks, car dealerships, radio stations and Cali's talented America soccer team."

As Peña, looking like a total spy hunter, narrates in the trailer, "Cocaine cartels are about succession." Cut to Orejuela's goons bloodying up someone who crossed their path and basking in the glory of several metric tons of coke. That same Time article states that by '91, Cali was responsible for "70% of the coke reaching the U.S. today, according to the DEA, and 90% of the drug sold in Europe." The hunt not go so well for heroes this season. (But good news: there's already a Season 4 in the works.)

Narcos returns to Netflix on September 1, when you can finally stop listening to that infectious theme song and watch the real thing.

Matt Patches is the Executive Entertainment Editor of Thrillist. He previously wrote for Grantland, Esquire.com, and Vulture. Find him on Twitter @misterpatches.
Thrillist TV
Wine and Cheeseburger
Our Newsletter