Netflix's 'Narcos' Relocates to Mexico With an Explosive New Trailer 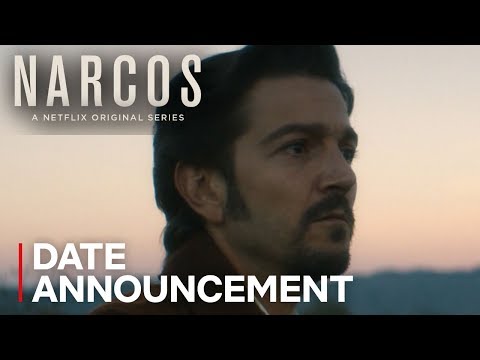 The first two seasons of Netflix's super-popular series Narcos focused on the rise and demise of the notorious Colombian drug lord Pablo Escobar, head of the Medellín cartel. When Wagner Moura's Escobar died in the second season finale, mirroring his real-life death in a 1993 shootout, fans and pundits pondered how the series could possibly soldier on without their wild-and-crazy main character. Turns out that Season 3, centering on the rival Cali cartel and the DEA's fight to thwart drug trafficking in New York City, may have been the show's strongest yet.

So how did Netflix and series co-creators Carlo Bernard and Doug Miro decide to follow up on that, especially in the wake of the tragic murder of location scout Carlos Munoz Portal and a lawsuit filed by Escobar's family? As previously announced, Narcos has undergone a reboot of sorts, with an installment that Netflix isn't calling a fourth season but an entirely new series entitled Narcos: Mexico, a la Law & Order: Hate Crimes. Today, the premiere date was announced: November 16.

The series traverses similar ground as O.G. Narcos, following the rise of a very murder-happy and powerful cartel, this time the Guadalajara Cartel. Ant-Man's Michael Peña plays an undercover DEA agent investigating the organization's new leader, Félix Gallardo, played by Rogue One's Diego Luna. See flashes of what to expect in the date-announcement teaser above, which also might make you wonder: Are they still going to use that Rodrigo Amarante theme song, and what else can I watch right now to satisfy my Narcos fix?

Sign up here for our daily Thrillist email and subscribe here for our YouTube channel to get your fix of the best in food/drink/fun.
Wes Rendar, a regular Thrillist contributor, literally watches everything but only writes about the things he likes.
Thrillist TV
History of
The History of Tailgating