Stream This: 'Nathan for You,' the Thinking Man's 'Punk'd'

The Comedy Central series Nathan for You, which debuted in 2013 and is currently available to stream in its entirety on Hulu, is like a pyramid scheme, but for human emotion. You invest quickly, because the show's odd premise, and host, Nathan Fielder, are so funny. But if you watch too many episodes in a row, you wind up feeling hollowed out and confused. Nathan for You will bankrupt you.

But in a good way. That's because Fielder's show seems so real. Is it a reality show? A clever Shark Tank parody? A dark, existential narrative about an ambitious anti-hero who will do anything to get rich and find love? It's all of the above and more -- and we love it. Here's why you should make Nathan for You your next weekend binge.

So, wait, who is Nathan Fielder?

Like many of Comedy Central's stars, Fielder has an impressive comedic pedigree. Not only did the polite Canadian do improv with Seth Rogen in high school, but he got his start as a correspondent on This Hour Has 22 Minutes, a Daily Show-like satirical news program in Canada. Later, he landed writing and acting gigs on short-lived Comedy Central shows like Important Things with Demetri Martin and Jon Benjamin Has a Van, where he played a put-upon boom operator.

But he also has something else: a bachelor of commerce from the University of Victoria. Or, as he says in his signature deadpan delivery during the show's opening credits, "I graduated from one of Canada's top business schools with really good grades."

Surprisingly, his early work isn't that different from what he does now at age 32. This charmingly lo-fi early sketch from 2009 shows that Fielder has always been interested in mocking the social cues involved with business transactions. His comedy comes from exploring the ridiculous art of the deal. 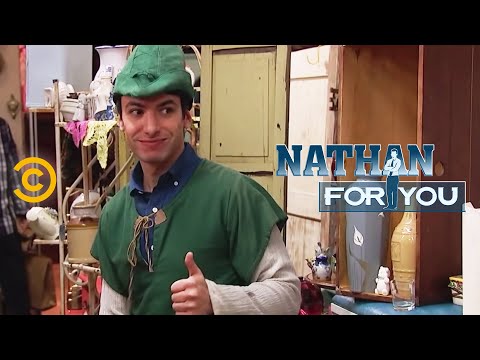 If you wanted to be crude, you could call it a prank show, but it's a lot more like the cringe-comedy of Ali G than Punk'd or Candid Camera. Most episodes are about Fielder meeting a small-business owner around Los Angeles who is struggling to get by. He makes them a pitch: follow my proposed plan and I'll improve your business. He's here to make dreams come true.

The only problem? The proposals are often overly elaborate and borderline insane. A recent episode saw Fielder "helping" an antiques shop owner by instituting a strict "you break it you buy it" policy, while also transforming the store into a 24-hour establishment in the hopes of luring drunk patrons from a nearby bar. The episode ends with a drunk man, recruited by Fielder, wearing a sumo-wrestler suit as he wiggles through the store in pursuit of a free piece of pizza, breaking $280 in antiques along the way. It makes sense when you watch it. Sort of.

Fielder's proposals often contain a kernel of logic or truth-- there's a reason he's able to convince business owners to go along with him -- but they quickly escalate into bizarre stunts, squeamish encounters, and performance art gone awry. It can get pretty dark. And, yet, the show retains a curiosity and sweetness to it that something nihilistic like Borat lacks. 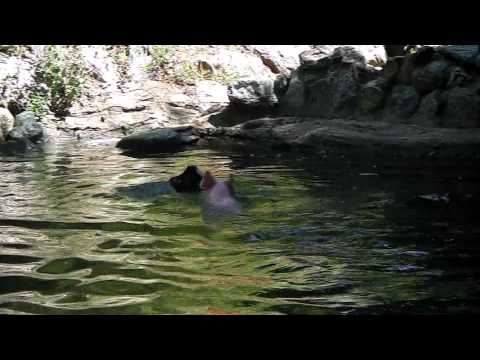 Fielder has an interest in virility as a concept, particularly the way absurd bits of ephemera can become full-blown media events. He's staged a few internet stunts that you've probably seen if you hang around online enough. Maybe you saw a video with the title "Heroic Pig Saves Baby Goat From Drowning At Petting Zoo"? That was part of one of his schemes. Laughed at an article about "Dumb Starbucks"? Pure Fielder.

While these viral hoaxes are by no means the bread and butter of the show, they have helped him get some attention. Similarly, Fielder has used his Twitter account for hilarious bits like when he had his followers text "got 2 grams for $40" to their parents, then say "Sorry ignore that txt. Not for you." Then people sent him the screenshots. Obviously, the stunt is a little evil, but it's also a joke where it's hard to know exactly who the punchline is on. The parents who fell for the lie or his followers who were willing to follow his ridiculous commands? The ambiguity is what makes it work.

But you're probably not watching yet

Despite all the critical praise heaped upon it, Nathan for You is hardly a huge hit. In its most recent season, the show never cracked .5 million viewers for a single episode. Many of the show's YouTube videos have hundreds of thousands of views, but the show lacks the instant viral appeal of sketches from channel-mates like Key and Peele or Inside Amy Schumer. Unlike Broad City, Hillary Clinton probably won't stop by for a cameo.

The difficulty of describing the show's premise probably accounts for its lack of mainstream appeal. Make no mistake: this is an odd, often uncomfortable show. The show's participants are not "in" on the joke and that can lead to moments of extreme social awkwardness.

"Usually if someone gives you a social cue that he feels uncomfortable with something you’ve said, you’ll jump in with a caveat and move on," Fielder explained to the New York Times Magazine back in 2014. "Everyone’s default state is this pleasantry state. My goal in the show is to undercut that as quickly as possible. If you really do let it sit, it’s sometimes amazing what comes out of people.”

It's worth the binge!

It may sound strange, but Nathan For You is worth investing time in. Season one episodes like "The Claw of Shame" simply have to be seen for their absurdity, while the recent stunts, like season three's finale "The Hero," which saw Nathan assume the identity of another man and walk a tightrope for charity, have a surprising poignancy to them. We named it one of TV's best shows last year, and there's really no telling where the show could go when it returns for season four later this year.

Along with Adult Swim's The Eric Andre Show, TruTV's Billy on the Street, and Late Night writer Conner O'Malley's sublimely out-there online videos, Nathan for You is part of a new wave of vaguely punk-ish, always hilarious anti-comedy. But Fielder's vision is the most biting and the most vulnerable. It's uncompromising. It's ridiculous. And, like investing in any small business, it's worth getting in early.

Dan Jackson is a staff writer at Thrillist Entertainment, and will watch any show with a Johnny Depp impersonator. He's on Twitter: @danielvjackson.