The Guy Behind Netflix's 'The Discovery' Explains the Mind-Bender Ending

Warning: This post contains massive spoilers for the movie The Discovery, which is now available on Netflix, and discusses the ending in detail. Reader discretion is advised.

Rejoice: Heaven is for real. At least, that's the theologically questionable premise of The Discovery, Netflix's new science-fiction brain-teaser starring Jason Segel (Forgetting Sarah Marshall) as the estranged son of a brilliant scientist (played by Robert Redford) who has "proven" the existence of an afterlife. A mass-suicide epidemic follows, with millions killing themselves in the hope of seeing the light on the other side. It sounds like hell on Earth.

Against this bleak backdrop, Segel's soft-spoken neurologist, Will, returns to life with his father in fog-drenched Rhode Island, where he falls for a woman with a dark past (Rooney Mara), participates in deadly-looking, Flatliners-y experiments, and gets caught up in a tech-mystery straight out of a Charlie Kaufman movie. Shit gets wonky.

If you saw director and co-writer Charlie McDowell's previous movie, the indie breakout The One I Love, this shouldn't be a surprise. The 33-year-old filmmaker specializes in synapse-busting stories that glide between comedy and drama, teasing out whoa-worthy questions explored on theory-ready shows like Westworld and The OA. But in talking to him, it's clear his ambitious films come from a more modest, human place. "Me and Justin Lader, my writing partner, try to approach everything from a character place," he explains over the phone. "It all felt like it came from the love story, which for me was always the most important story to tell in this film."

That's fair. There is a tender, witty relationship at the center of the movie. But there's also a labyrinthine, Nolan-like puzzle quality lurking underneath. In the hopes of filling in some of the gaps left by the film's mystifying finale, we grilled McDowell about the film's closing 15 minutes. 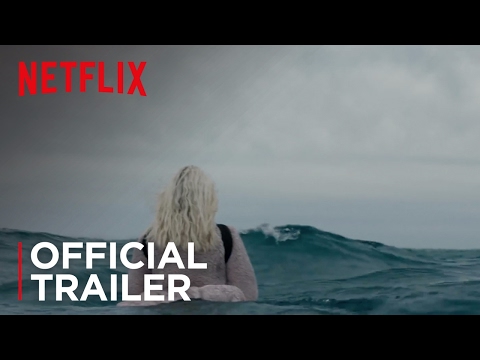 After a startling opening, which finds reclusive genius Thomas Harbor (Redford) explaining his "discovery" to a journalist, played by McDowell's real-life mother Mary Steenburgen (Back to the Future Part III), The Discovery whisks us away to a ferry where Will (Segel) meets Isla (Mara). The two share some terse but playful banter. "Why the fuck are you going to this dreary island?" she asks him. Will thinks she looks familiar. Isla is seasick. It's not exactly love at first sight, but the scene is later revealed to be the key to unlocking the film's central mystery.

After Will saves Isla from a watery suicide attempt, incited by the tragic death of her son, the two become an item of sorts, walking around the grounds of Redford's Scientology-like compound together and eventually making a Scooby-Doo-esque trip to a morgue. When they find out Will's father has a new device that can record images from the afterlife, they steal a corpse and test out the lo-fi brain machine on it. Instead of a celestial light show filled with clouds, angels, and harp music, they see a hospital. They decide to investigate further.

Eventually, Thomas ends up using the device and discovering that the "afterlife" takes you to a moment you regret from your life and lets you change the outcome. In his vision, Thomas gets to save his wife (Will's mother) from killing herself. "I always said the afterlife was a different plane of existence," he says when he returns from his trip. "But what if it's a different plane of this existence?"

It's a vision of heaven that spoke to McDowell on a deep level. He and co-writer Justin Lader worked on many drafts of the script, tinkering with the various religious and spiritual implications of their specific afterlife. The "regret" version stuck. "We settled on that because I just hope that's what it is," he says. "As humans we constantly feel moments of regret or wish that we could have done something differently and wish we could go back and change something."

The twist on top of the twist

McDowell's approach to the afterlife is also an ideal narrative device: When Isla is killed in a violent outburst at the facility, Segel knows exactly what to do. (It's almost like he's seen Primer, Looper,  or other time-travel thrillers.) He makes some modifications to the wire-heavy device, straps himself in, and goes for a wild ride to… the ferry. With Isla. He's back at the beginning of the movie. And so are we.

But something is clearly off. In this version, Will knows he's been sent back and Isla is equally self-aware. "This is just your memory," Isla tells him. "You were never able to stop me from killing myself until this life." It becomes apparent that Will has been returning to this moment over and over, each time hoping to save the mysterious woman on the boat who killed herself. Only now it's different: He knows he's in a loop and he's looking for a way out.

"Obviously, you're playing into some magical element of it," says McDowell. "So, when his subconscious in the character of Isla shows up it's because he's in this state of being half alive and half dead. That just comes from the way he went under. That was a way for us to have the Isla character explaining all of this to him, but ultimately it's his own subconscious."

From there, things get even stranger. Will starts to hear his father and his brother Toby (Jesse Plemons) as they work to reinstate him on the other side, the different planes of reality blending together. "I'm not ready to go back yet," pleads Will, but Isla tells him he's about to die. There's nothing he can do about it: He already saved her. Death awaits.

With a big crescendo of unnerving music -- the movie's score owes a debt to Jonny Greenwood's work on The Master -- Will wakes up on a beach. (Of course, he's still in his stylish blue coat.) But this isn't a relaxing tropical vacation heaven This is the beach where Isla's son died years before and Will is being given yet another opportunity to make things right. It's a powerful, emotional moment but it also inspires countless questions. How did he get there? Is this reality? Does he still remember Isla?

McDowell is comfortable with letting people decide for themselves. "We're saying that this relationship and this love is something more than we can comprehend," he says when discussing the beach scene. "[Will] realizes that he may never see [Isla] again, so in his mind this ultimate act of love is connected to her son because the only reason she ever wanted to take her own life was because she lost her son. So he finds a way in his mind to get to the beach."

Then there's the look on Segel's face: Is it one of recognition or bewilderment? Is he beginning another loop of regret? Or has he finally found peace? Again, McDowell is comfortable letting the questions linger. The chin-strokers can ponder the larger meanings, while the more literal-minded theory hounds can rewind the movie at will and use Netflix to search for clues.

Or -- as the movie posits -- if you never watch it and spend the rest of your life regretting it, maybe you can catch a screening in the afterlife.