Who's the Badass, Sword-Wielding Woman on Netflix's 'Iron Fist'?

Colleen, whose path becomes inextricably intertwined with Danny Rand's, is a badass in every sense of the word. She owns a dojo. She goes by "Daughter of the Dragon." She wields a katana. She wrecks meatheads in cage fights. Damsel in distress? NOPE. 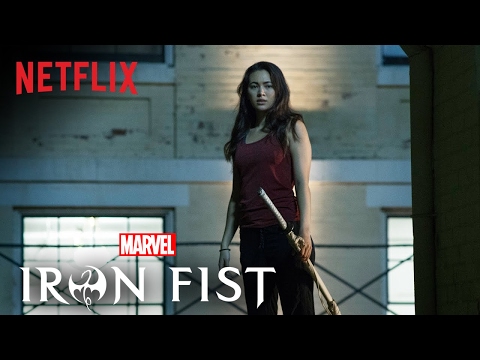 "The most defining word that comes to mind is alone -- in all its positives and negatives," Henwick toldInterview Magazine ahead of Iron Fist's premiere. "She doesn't want to be anyone's love interest." Instead, Colleen kicks butt, a role with which Henwick is familiar. 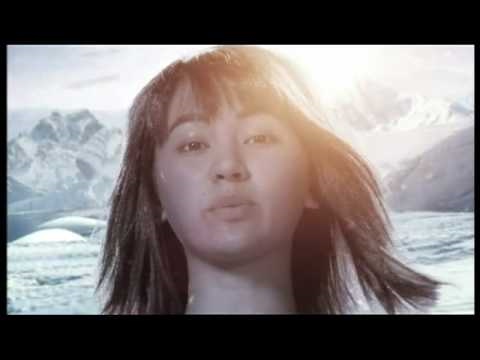 After training at Redroofs Theatre School and with the National Youth Theatre, Henwick found her breakout role as the star of Jo Ho's Spirit Warriors, a live-action CBBC series about five London kids who get sucked into an ancient Chinese spirit world. As Bo, a Buffy-like heroine, Henwick became the first East Asian actress to play a lead in a Brit TV drama. "It broke barriers," she toldInterview. "I turned down a lot of work [afterward]. I didn't want to ever feel defined by my ethnicity."
Where to watch: Stream on Vimeo

Henwick went on to snag parts in The Thick of It, Obsession: Dark Desires, Silk, Inspector Lewis, and Katie Posner's stage adaptation of Running on the Cracks -- one critic lauded her "tremendous physical presence" -- before landing her next major gig: Jessika "Testor" Pava. Though Henwick notched minimal screen time in The Force Awakens, her character quickly became a cult favorite à la Boba Fett, generating fan fiction and, more importantly, earning buzz as the first female X-wing pilot to grace the big screen (and not get cut).
Where to watch: Starz

Henwick's no stranger to rabid fandoms. In addition to the Star Wars and Marvel universes, Henwick plays Nymeria Sand on Game of Thrones. As one of the Sand Snakes -- i.e., one of Prince Oberyn Martell's bastard daughters-cum-warriors -- Henwick gets to show off her acting chops and bullwhip proficiency. Her role's big for another reason: She was the first Asian actor to be cast as a recurring character on the show. "It's scary that I’m the first," she toldThe Philippine Star in 2015. "But I take it in stride and hope I can lift up that responsibility."
Where to watch: HBO

You might also recognize Henwick from Fortitude, The Head Hunter, and "The Heart of the Forest," which nabbed a Best Original Script nod from the Asians on Film Festival. As the daughter of a Singapore-born mother, Henwick wants to use her background to "inspect" Asian stereotypes, not exploit them. "I want to tell stories that would have affected me when I was a young Asian girl," she said in a recent AOL Build interview. "I want to tell stories that are uniquely Asian, that really reflect what it's like, the experience. I'm just waiting for those roles."

You'll next see the rising star alongside T.J. Miller and Kristen Stewart in Underwater, William Eubank's action-thriller about underwater researchers who brave a devastating earthquake, and back as Colleen in Marvel's The Defenders, where she'll likely generate cries for a Daughters of the Dragon spin-off.

Oh, and Game of Thrones? I mean, we'll know for sure soon.