It's like a hybrid of 'The Mindy Project' and 'Freaks and Geeks.'

Outside of The CW, Netflix is arguably the preeminent supplier of teen television. Whether you're in the mood for something quirky like Sex Education or murder-laden like Elite, it pretty much has you covered. The latest entry into this ever-growing catalog debuts today, and it is an utter gem. Never Have I Ever is a sweet, funny, smart teen series that brings the drama of high school down to Earth. The series, co-created by Mindy Kaling and Lang Fisher, centers on Devi Vishwakumar, a 15-year-old star student with dreams of popularity.

We are first introduced to Devi praying to the Hindu gods for the wishes of many desperate teens: She wants a boyfriend, a hot one, not some dork and she wants to go to a real party with alcohol. But Never Have I Ever is more than just a diverse, 21st Century Square Pegs. As the pilot quickly establishes, Devi (Maitreyi Ramakrishnan) is dealing with a lot more than just simple angst. The year prior her father unexpectedly died, and Devi's legs stopped working. In a psychological and not physiological incident, she couldn't walk, leaving her even more of an outcast than usual. So the first season is as much about Devi's journey to accepting her dad's death as it is about her falling for the hottest boy in school, Paxton Hall-Yoshida. Along the way she grapples with her Indian identity and her strict mother who is also grieving, just in a different way.

Kaling and Fisher deftly balance these various poles, and ultimately becomes a series largely about loneliness, even as it never loses the laughs and thrills that make a teen show worth watching. Here are some other reasons it should be your next watch.

Devi definitely feels like a baby version of a typical Mindy Kaling character like Mindy Lahiri on The Mindy Project. She's boy crazy, fashion driven, and, frankly, sort of a jerk! Kaling loves a woman who is at turns both self possessed and selfish. Devi is by no means entirely admirable even as she deals with her own shit. Her desire for status drives her to treat her friends like garbage, which makes for yet another lesson she has to learn in the 10 episodes. But Devi also feels, moreso than most young women on TV, like an actual depiction of a high achieving youngster. As much as she's Mindy Lahiri, she's also got a healthy dose of Freaks and Geeks' Lindsay Weir, yet another honor student who wants to break free from her "good girl" persona.

Never Have I Ever wouldn't work without a protagonist like Devi, but it is made all the better by her well-crafted pals. Her two besties are equally developed nerds with arcs all to themselves: robotics expert Fabiola (Lee Rodriguez) and drama queen Eleanor (Ramona Young). While Devi is naturally at the center of the narrative, Fabiola and Eleanor are just as crucial to the success of the series. They are far beyond goofy sidekicks: as Fabiola inches toward a greater understanding of her sexuality and Eleanor deals with the surprising return of her absent mother, they both provide the show some of its most touching moments. 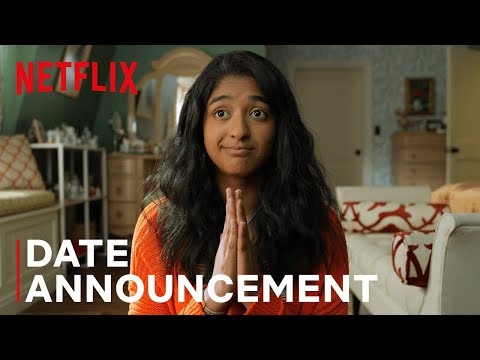 This cast is great, across the board. Poorna Jagannathan gives a layered, funny, and sometimes heartbreaking performance as Devi's mother. Richa Moorjani is extremely amusing as Devi's insanely hot cousin Kamala. Niecy Nash is great, as always, as Devi's skeptical therapist. But it's all about the kids, and it's especially all about Maitreyi Ramakrishnan, the total newcomer who plays Devi. Ramakrishnan is an 18-year-old from Canada who had never acted professionally before getting the part, and she's amazing. She's got a natural comic timing that feels unpolished. The way she throws around jokes and jabs has the cockiness of an actual teen -- which she is -- figuring out which boundaries she can push.

Even when Never Have I Ever gets dark, a thread of absurdism runs through it, largely thanks to the ingenious decision to have tennis superstar John McEnroe narrate (almost) the whole thing. As he explains in the pilot, there's a reason for this choice, and it's a devastating one: Devi's father was a huge fan of McEnroe. His voice is both a constant reminder of what she's lost and a goofy perspective that accentuates every punchline.

The standalone episode puts a clever spin on the format

It's not entirely uncommon these days for a series to devote an episode to a secondary character. (Think how in Hulu's High Fidelity we got one from the perspective of Simon, one of the record store employees.) Never Have I Ever's is an all-timer, though. First, we get a new celebrity narrator: Andy Samberg, who tells the story of the "loneliest boy in the world," Devi's enemy, Ben Gross (Jaren Lewison). Up until this point, Ben had mostly been an antagonist. He's the other smartest kid in school, who is also an insecure, rich braggart. He and Devi pick on each other, but there's an underlying respect: They know that they are on each other's level. But the sixth installment delves into Ben's psyche: He's just as sad as everyone else. He's has few friends and uninvolved parents who spends his days arguing about Rick and Morty on Reddit in a big empty house. Watching Ben hammers down the primary preoccupation of Never Have I Ever: Being an adolescent is a soul-crushingly isolating experience no matter who you are.

I've barely gotten into all the romantic plots! And there are a lot of them! And they are squeal-worthy! For most of the season, Devi's attentions are focused squarely on Paxton Hall-Yoshida (Darren Barnet), the Jordan Catalano of the school if you will, a.k.a. the heartthrob who is maybe not the brightest, but is also secretly very sweet. After brazenly asking him if he'll have sex with her in the pilot, Devi develops a confusing friendship with Paxton in which he alternately flirts with her and treats her like a bro. And then there's Ben. As the audience's affections for him grow, so do Devi's even if she doesn't totally realize it. So, yes, we've got a love triangle on our hands, all building to a conclusion that will have you wanting more immediately.