It's called "Antibodies (Do You Have The)." 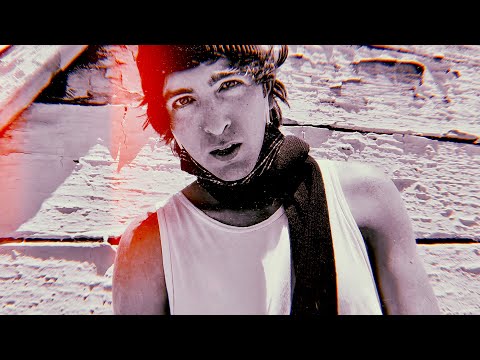 Last year, when I spoke to Nicholas Braun, otherwise known as Cousin Greg on Succession, he told me about his other career as a musician. He wasn't putting out anything "officially," but he was making stuff, "just to not let that muscle die." Well, quarantine brings out creativity in all of us and now Braun, a newly minted Emmy nominee, has released a coronavirus-themed music video for his song "Antibodies (Do You Have The.)"

Braun, of course, is best known as the ambitious, doltish Greg, but in the "Antibodies" video he looks like he was dropped in from the the 2007 Warped Tour, complete with a beanie, skinny jeans, a scarf, and, occasionally a mask. Affecting a quasi-British accent he sings, "Do you have the antibodies? Do you want to be with me? Do you have the antibodies, because if you don't you better stay away." He also, later admits, that "we're not entirely sure what [having antibodies] actually means."

The song was composed in collaboration with his fans after he put out a call for ideas on Instagram, where he debuted his idea for the chorus. (Sabrina the Teenage Witch herself, Kiernan Shipka, was among those who participated.) In an interview with Rolling Stone, Braun said he was initially inspired after going on a secretive quarantine date. "I guess the combination of paranoia and romance is what the song is about," he said. (His date is actually in the video as the person he hugs. She's an artist named Camilla Engstrom.)

Some of the proceeds from the song are going to the organizations COPE and Partners in Health.