Norm Macdonald's Bizarre, Amazing Roast of Bob Saget Is the Perfect Way to Remember Both Men

The hilarious legacy of Norm Macdonald and Bob Saget lives on in one of the funniest clips of all time.

Editor's note: This post was originally published in September 2021 when Norm Macdonald died. In January 2022, Macdonald's friend and collaborator Bob Saget, the target of this roast, died at the age of 65. This routine is a great way to remember them both.

As soon as I heard the shocking and upsetting news that comedian Norm Macdonald died at the age of 61 after a long and secret battle with cancer, I thought about one joke: “When you go to the men’s room later, you’ll see a sign that says 'Gentlemen'—pay no heed, go right in. There’s no room that says scoundrel on it.”

It's a line that Macdonald says at 2008's Comedy Central Roast of Bob Saget and is directed at the comedian Gilbert Gottfried. It's met with confused chuckles and groans. So is most of the set, which also has such gems as, "Bob has a beautiful face, like a flower. Yeah, cauliflower. No offense but your face... looks... like a cauliflower." 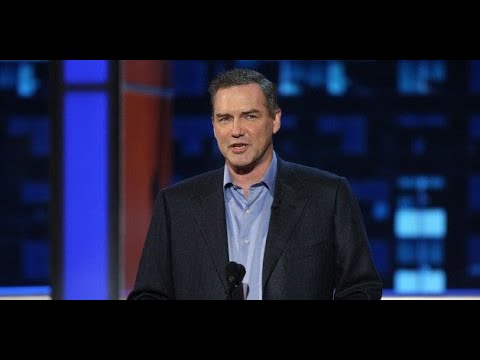 There are plenty of ways to memorialize Macdonald, a brilliant, absurdist comedian who turned deadpan delivery and lame jokes into poetry. You could highlight any number of his clips from his time on Saturday Night Live as Weekend Update host or his smirking impression of Burt Reynolds onSNL's "Celebrity Jeopardy!" sketches. (Two words: Turd Ferguson.) There's his genius "moth joke" and that time he was on Conan's show with Courtney Thorne-Smith.

But for me, the prime example of what Macdonald could do will always be the Bob Saget roast. It's a genius revision of the "roast" format. Sure, there are insults, I guess. But they are so simple that they are both baffling and thoroughly charming. This is ostensibly "anti-humor" at its purest form, but only Macdonald is able to pull off a routine with such a high difficulty level, and he does so with a twinkle in his eye. He knows what he's doing, and he's enjoying ever second of it. Watch the full Roast of Bob Saget on Paramount Plus.