Everything We Know About 'Orange Is the New Black' Season 7

This story contains spoilers for the first six seasons of Orange Is the New Black.

It's been six years since Orange Is the New Blacktook Netflix by storm. The series is one of the streaming platform’s most popular original programs, is an awards-show juggernaut, and has been a pop culture force since its debut in 2013. And now we know that it's coming to an end: Season 7 will be the show's last.

Based on Piper Kerman’s memoir of the same name, the series has followed Piper Chapman, a well-to-do woman who is sent to prison for a 10-years-prior drug trafficking crime, as she navigates the criminal justice system. Her upper-class, WASP lifestyle is challenged by the women around around her who expose her to worldviews far beyond her own.

For six seasons, Piper and her fellow Litchfield Penitentiary inmates have gone through the rigamarole of prison life, from abusive situations with guards to romantic personal relationships to pregnancies to addiction to police brutality. All of Season 5 was dedicated to a police riot at Litchfield after Poussey was murdered by a guard, with Season 6 a return to the show’s normal structural form, though focused on the fallout of the riot.

Given the circumstances of the Season 6 finale (more on that in a minute), it looks like Season 7 will follow in Season 5's footsteps and experiment with form, now with an eye on offering resolution to the characters' story arcs. Here’s everything we know about Orange Is the New Black Season 7, and though we may be in the dark about the resolution, rest assured that creator Jenji Kohan has already conceived of an ending.

Sad news for long-time fans of the series, but the seventh season will be the show’s last. The news was confirmed by Netflix in October 2018, after rumors start trickling in that series creator Jenji Kohan and star Taylor Schilling were getting ready to say goodbye to the series.

"After seven seasons, it’s time to be released from prison,” Kohan said in a statement after the announcement. “I will miss all the badass ladies of Litchfield and the incredible crew we’ve worked with. My heart is orange but fade to black.”

Before news was official, Schilling hinted that she would be done after Season 7, telling THR, “It’s as surreal as it was when the thing came out of the gate and was so powerful those first few seasons. It’s equally as surreal now to be ending it all.”

The show may be winding down, but it’s still got a lot of story to get through before it arrives at the finish line, and a lot of loose threads to weave together.

When will 'Orange Is the New Black' Season 7 be released?

In May 2019, the streaming service announced the final season of OITNB is scheduled for release on Friday, July 26. 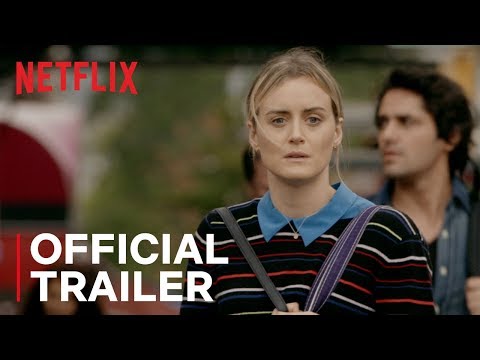 On June 26, just a month out from Season 7's release date, Netflix dropped the full-length trailer for the final season. The somber clip shows that as much as the series is wrapping up, nearly everybody at Litchfield is still reckoning with the aftermath of the riot, recent verdicts, and feeling weighed down by life inside Max.

It also gives a glimpse at the season's focus on how difficult it is for ex-cons to assimilate back into society, showing Piper struggling to readjust to normalcy: "I recently got out of federal prison and I’m trying to get back on my feet." There’s a brief look at nearly every fan favorite, but the inclusion of a shot featuring Piper on the outside talking to Alex, who's still incarcerated, seems to really encapsulate the direction the last season aims to go, looking at the two worlds the ensemble cast continues to navigate.

There's also a teaser you can watch

When Netflix announced the premiere date, they also shared an emotional teaser for the upcoming final season. The clip doesn’t necessarily show any new footage, but it is a bittersweet farewell to some beloved familiar faces from the long-running show. In the short preview, leads from the ensemble (Uzo Aduba, Danielle Brooks, Natasha Lyonne, Taylor Schilling, and more) are shown singing a rendition of the opening theme music, Regina Spektor’s "You've Got Time," while strolling through set or getting ready in the makeup chair. Watch it for all the feels, but try not to cry too hard.

You can also take a look at the official poster

Along with the release of the trailer, Netflix shared the official Season 7 poster featuring fan artwork from around the world. You can't necessarily theorize what the upcoming plot might be, but it sure does look pretty and is a sweet ode to these characters we’ve invested so much time in for the past seven years.

Piper will come back

Piper Chapman (Taylor Schilling) was finally released from prison in the Season 6 finale. Orange Is the New Black is prominently focused on Piper, which may lead you to wonder what the show might look like now that she's no longer behind bars.

"[Showrunner Jenji Kohan] wanted to be able to tell stories about post-prison," writer Brian Chamberlayne told The Hollywood Reporter about the Piper twist. "It wasn't just a season-six end, it was partially about getting into the arc of where Piper goes. It's about what is significant about the criminal justice system and what is significant about Piper's story and journey, so there's plenty to be told."

"In my mind, it feels like our Piper has sort of been an Alice in Wonderland, and now she's somersaulting out of that world," said executive producer Tara Herrmann.

Piper and Alex's relationship will be tested

Piper and Alex (Laura Prepon) have had a wild romance; Alex is the reason Piper was incarcerated to begin with, and their reunion in prison has had its ups and downs. But after Piper finally ditched her at-home fiancé Larry (Jason Biggs), and things with Alex heated up, the two settled into a healthy domestic partnership. That culminated in a prison marriage before Piper's release, with Nicky (Natasha Lyonne) officiating.

But now that they're married and physically separated, what will become of their relationship? Alex was getting back into her old drug-hustling ways in Season 6, which might be how she survives the rest of her four-year sentence without Piper around. That certainly doesn't bode well for the marriage.

Piper wasn't the only inmate to get an early release in the Season 6 finale. Sophia (Laverne Cox) and Blanca (Laura Gómez) were also set free. Sort of… while Piper and Sophia were seen reuniting with their families, Blanca was handed over to ICE and sent to immigration detention.

According to The Hollywood Reporter, Gómez -- who is an immigrant from the Dominican Republic herself -- is working with the Season 7 writers to develop Blanca's story. "The fact that we are dealing with a situation so intense in our current political climate -- it felt almost dangerous to me," Gómez said. "So I decided I was going to embrace that and use it for this character."

Most of the Litchfield women had heavy storylines in Season 6. Taystee was (wrongfully) convicted of second-degree murder and sentenced to life in prison for killing a corrections officer in the riot; Daya developed an addiction to heroin; and Suzanne came off medication for her psychosis. It's unclear what will become of any of these storylines, but we can't imagine Season 7 just hanging them out to dry. Suzanne should play an especially important role since, in addition to her deteriorating mental health, she's also the only one who knows Taystee and Daya have been wrongfully accused of murder.

"I hope to God somebody will tell the truth," said Taystee actress Danielle Brooks of her character's fate. "Maybe that will be the hope. Maybe somebody will come out in Season 7 and say, 'Hey, this is actually what happened.'"

And as though Taystee weren't dealing with enough, according to a press release, her former close relationship with Cindy (Adrienne Moore) will continue to be large focus of the final installment as their friendship hangs by a thread. You may recall that it was Cindy who gave false testimony against her best friend, and while Taystee awaits the reality of her life sentence, this seems to be something the two are still struggling to live with until they confront one another (which by the looks of the trailer, is bound to happen).