Everything We Know About the 2021 Oscars Ceremony

Yes, the Oscars are still happening in 2021. It's just that, due to the pandemic, the ceremony is taking place a couple of months later than usual. Despite the unusual year that largely shuttered movie theaters and caused big studios to postpone the tentpole fare that often dominates awards season, there's no shortage of worthy movies and performances to celebrate—and the list of nominees reflects that. Still, with the pandemic factoring in, it'll be interesting to see what the Oscars telecast will look like this Sunday. Here's everything we know about the ceremony so far.

The Oscars are going to be on ABC at 8pm ET on Sunday, April 25, which is by far the latest they've ever been. Before the global pandemic set in, this year's Oscars was scheduled to take place on February 28, 2021, but in June 2020, the ceremony got pushed back and the eligibility date for movies was extended. This year, the Oscars will be celebrating the movies of 2020, plus some released in the first two months of 2021.

Apparently there won't be one, according to a report in Deadline. After the Kevin Hart fiasco of 2019, the Oscars decided to go host-less again in 2020, when Parasite and director Bong Joon Ho reigned supreme. Now it's practically tradition.

Which movies and performances got nominated?

The full list of nominations was announced by Nick Jonas and Priyanka Chopra Jonas on March 15. As we expected, many films that might have been overlooked in a "normal" year received Best Picture nominations. History was also made in the Best Director category, with two women—Chloé Zhao for Nomadland and Emerald Fennell for Promising Young Woman—getting nods. To help you with your Oscar pool, check out our predictions for Best Picture, Best Actor and Best Actress. 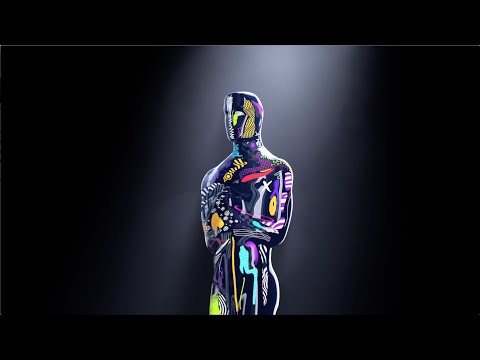 Will the Oscars be held in person?

Yes. Academy President David Rubin confirmed on nominations morning that the ceremony will take place at both the Dolby Theatre, which is traditional, and at Los Angeles' Union Station. In using an outdoor venue like the landmark train station, it appears that the Academy is following the lead of the Grammys—the rare example of a successfully produced pandemic awards show. According to a chaotic letter sent to nominees from the producers, the plan initially was to have the show happen entirely in person in Los Angeles.

"Regarding the practical aspects of the show, our plan is to stage an intimate, in-person event at Union Station in Los Angeles, with additional show elements live from the Dolby Theatre in Hollywood. Of course, your first thought is CAN THAT BE DONE SAFELY? The answer is YES, IT CAN," the letter reads. "We are treating the event as an active movie set, with specially designed testing cadences to ensure up-to-the-minute results, including an on-site COVID safety team with PCR testing capability. There will be specific instructions for those of you traveling in from outside of Los Angeles, and other instructions for those of you who are already based in Los Angeles. This will all come directly to you from the Academy to ensure you have a safe, carefree evening (a glimpse of the future?)."

There will also be a 90 minute-long pre-show hang in Union Stations courtyard for everyone attending. (Does that mean that all the guest will be boozed up by the time the cameras roll? Possibly. That would be fun.) Like the Grammys, the guests will be rotated on and off camera so as the main area doesn't get too busy, according to producer Steven Soderbergh. The whole thing, he maintains, will be like a cocktail party.

But the anti-Zoom stance led the leaders to announce on a Zoom call (ironic) documented by The Hollywood Reporter that they were adding venues in Paris and London following widespread ire given how difficult travel is during the pandemic, even with the CDC recently easing domestic travel restrictions, and the number of international nominees. Still, there is hope that as many people as possible will show up in person. There are plans for the Academy's hotel and airline partners to cover the cost of travel and quarantine for nominees from outside the US and a "state-of-the-art testing facility" is being constructed just for the show. Nominees and their guests are also going to be considered "essential workers" to facilitate their attendance.

The producers are requesting that people dress up for the occasion as they would any other year. So it's unlikely we'll have a Jason Sudeikis in a hoodie moment like we did at the Globes. "You’re wondering about the Dress Code (as well you should)," the note continues. "We’re aiming for a fusion of Inspirational and Aspirational, which in actual words means formal is totally cool if you want to go there, but casual is really not." And what about masks, a necessary pandemic fashion accessory? Well, the guest will be wearing them during commercial breaks, but not on the telecast. This is because the production is being treated as a film shoot and therefore masks are not required when participants are on camera.

Who will be there?

Soderbergh has reiterated that he wants the experience of watching the ceremony this year to be like watching a movie, so the presenters are now considered the "cast." Among those starring in this year's Oscars are last year's winners: Bong Joon Ho, Laura Dern, Joaquin Phoenix, Brad Pitt, and Renée Zellweger. Also in the quote-unquote ensemble: Angela Bassett, Halle Berry, Don Cheadle, Bryan Cranston, Harrison Ford, Regina King, Marlee Matlin, Rita Moreno, Reese Witherspoon, and Zendaya. Current nominees Viola Davis, Riz Ahmed, and Steven Yeun were also announced as part of the "cast." Instead of a traditional red carpet pre-show the telecast will be introduced by a program called Oscars: Into the Spotlight starting at 3:30 pm PT and 6:30 pm ET. The special will be hosted by Ariana DeBose and Lil Rel Howery and will feature performances of all the nominated songs. "Húsavík" from Eurovision Song Contest: The Story of Fire Saga will be recorded in the actual town of Húsavík. The others will be at the Academy's new museum. Following the ceremony, Colman Domingo and Andrew Rannells are hosting an after show, which will include interviews with winners by critic Elvis Mitchell and footage of the victors getting their trophies engaged, a tradition usually relegated to the Governors Ball.

Who is producing it?

Perhaps most fascinatingly and excitingly, aforementioned director Steven Soderbergh is among the producers for this year's ceremony. Soderbergh has been at the forefront of the industry's move into streaming (his three most recent movies—High Flying Bird, The Laundromat, and Let Them All Talk—have all been streaming releases), and was appointed to head the Directors Guild committee for determining how to get people back to work safely amid COVID restrictions. Basically, that makes him the perfect man for the job of honoring a year during which coronavirus and streaming services dominated movies. Also, he wore a Sgt. Pepper's costume for his official photo. He's joined in the gig by producers Jesse Collins and Stacey Sher.