The summer -- a time for playing songs loudly on your car radio, staycation binge-watching shows you've neglected, and chilling out with movie theater air conditioning -- is nearly over. We're not ready to say goodbye just yet: all this week we're giving shout-outs to our favorite pop-culture moments of summer 2016, so that we can keep the good times rolling into the fall.

On Sunday night, Desiigner arrived at the MTV Video Music Awards clad in a salmon-colored suit with no shirt beneath his jacket. Standing next to pre-show host Lizzo on a stage outside of Madison Square Garden, across the river from his Bedford-Stuyvesant neighborhood, the 19-year-old Brooklyn rapper looked resplendent, a gravelly voiced sunbeam pulsating through your TV screen. "I'm trying to be chill a little bit," he said, practically vibrating with energy. Desiigner is many things. Chill is not one.

Granted, he has very little to be chill about. In December last year, Desiigner uploaded "Panda," a song with a beat by 22-year-old Manchester, UK producer Adnan "Menace" Khan that he bought for $200, to his YouTube and SoundCloud pages. As it bubbled up through the internet, the pounding all-chorus track caught the ear of Kanye West, who sampled over a minute of the song on "Father Stretch My Hands Pt. 2" off his magnum opus The Life of Pablo. If you casually follow rap music, you probably first heard the grimy beat of "Panda" at West's much-hyped MSG album-release party and fashion show and thought, "What the hell is this?" Then you replayed that part.

In February, West signed the "Panda" MC to his G.O.O.D. Music label, and quickly, "Panda" was climbing up the Billboard Hot 100 chart. Unlike any of the tracks on West's album -- or any song released by Future, the artist Desiigner is most often (unfairly) accused of sounding like -- "Panda" became the No. 1 song in America in May. Months later, it's still the song you're most likely to hear blasting from a car driving by on a hot day. It's inescapable, yet elusive. It's probably the song of summer 2016. 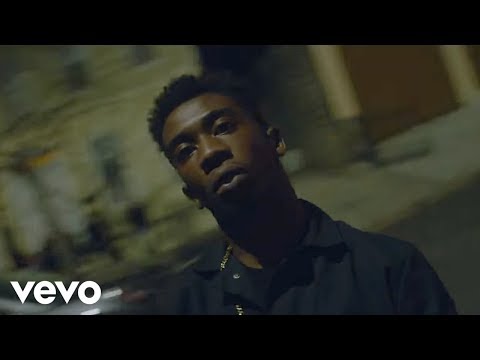 By any measurement, Desiigner is having a great summer. Sure, he released a poorly received mixtape in June, the repetitive and drill-derivative New English, but it didn't kill his momentum so much as briefly pause it. That same month his XXL Freshman freestyle, typically a forgettable exercise in showmanship, became a minor viral sensation, leading to elegant covers, countless remixes, and an almost feverish anticipation of an expanded version. When we eventually got the Mike Dean-produced studio version of "Timmy Turner," it was equally as evocative and mysterious, a gurgling and chilling synth concoction with a beating heart at the center. Released in July, it charted at 37 on the Billboard Hot 100 in August, giving Desiigner his second top-40 hit this year. You couldn't call him a one-hit wonder anymore.

But what is it about the "Panda" artist that makes him so representative of this particular moment? As the upper echelon of important contemporary artists -- Rihanna, Drake, Beyoncé, Kanye West, Frank Ocean -- becomes increasingly reliant on elaborate album rollouts and semi-public partnerships with corporate streaming platforms, the singles chart remains the place where emerging young artists like Desiigner, Lil Uzi Vert, or Lil Yachty can break out. As Slate's Chris Molanphy pointed out, the song's chart dominance mostly relied on "non-Vevo YouTube views." That's how what essentially sounds like a mixtape track can bubble to the surface, upending the monotony of the charts.

Also, it's just catchy as hell. After months of listening to it, "Panda" still makes you want to body-slam people. As a piece of music, it's one of the stranger, more splintered songs to become such an enormous hit in recent years. Lacking the ballad-like cadence of Fetty Wap's 2015 hip-hop chart hit "Trap Queen," or the dancehall vibes of other 2016 hits like Drake's "One Dance" or Rihanna's "Work," "Panda" is all jagged edges and throaty ad-libs. It's intense. When Desiigner performs the song, which he's done countless times this summer, it looks like he's trying to exorcise a demon. Maybe it's a panda demon.

Then there are the lyrics: by now you probably know it's not about a real panda. (The repeated "panda/panda/panda" line is a reference to the BMW X6.) At one point in the track, he says, "I've got broads in Atlanta," but he's clearly not from Atlanta. "The fact is that Facebook is this lit: I did have a bitch in Atlanta," he told Genius. If you're generous, this is yet another example of A$AP Rocky-like post-regional rap; if you're not, it's another New York rapper taking the style of another city, and blowing up off the hard work of others.

Where does Desiigner go from here? First off, he's got emojis to sell. This summer, he went to Central Park and played Pokémon Go with GQ, leaping around the green grass, smiling with fans, and making ad-libs as he caught a Pidgeotto. It's hard to watch the video and not draw a parallel between the overnight teenage rap sensation and the mobile game. Both the rise of Pokémon Go and the rise of Desiigner have come with lots of hand-wringing about durability. Is he just a fad? It's impossible to know.

There's money, fame, and acclaim out there, and Desiigner is trying to catch it all. He's diving in headfirst. As the salmon color of his suit suggested, he'll keep swimming.

Dan Jackson is a staff writer at Thrillist Entertainment, and he doesn't really trust pandas. He's on Twitter @danielvjackson.