How 6 Psychedelic Movie Sequences Were Made

Visual effects are often used to make movies feel more realistic, but in the case of the mind-bending Doctor Strange, they are important for crafting trippy psychedelic visuals.

While the bending skyscrapers and fractal-filled dimensions of Strange are a step above anything we've ever seen on screen before, visual effects have a rich history of crafting hallucinatory scenes in movies. Let's take a trip inside some of the best psychedelic shots in film history -- mind-altering substances not required. 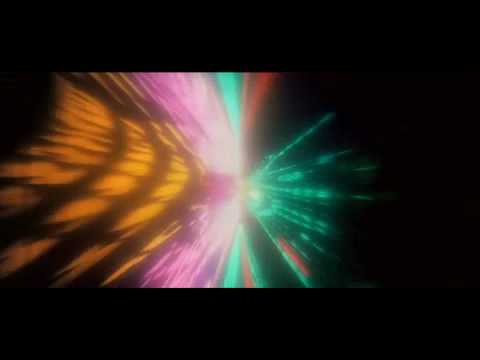 Until Doctor Strange, there was no trippier sequence than the journey Dr. Dave Bowman (Keir Dullea) takes around the nebulas in Stanley Kubrick's 1968 masterpiece. This "Star Gate" sequence not only contributed to the film's eerie tone, it broke ground for new visual-effects techniques.

To compose the sequence, Kubrick's team filmed a combination of backlit colored artwork and chemicals with slit-scan photography. This involved capturing 60-second exposures through a specialized camera rig that made the imagery appear to whiz past Dr. Bowman -- and the viewer.

What Dreams May Come

When Robin Williams' character dies in Vincent Ward's 1998 film, he is thrust into an afterlife populated by impressionist-painting versions of the physical world. Again, it's a trip for both character and audience as the "painted world" begins as a real landscape (above), then gradually transforms into a 19th-century-style painting (below).

Incredibly, the shots began as actual filmed scenes that were painstakingly manipulated with then-brand-new particle-effects systems and "optical flow" tools, which tracked and mimicked brushstrokes to create the surreal, painterly feel.

Richard Linklater managed to produce some vivid dreamlike imagery for his animated Waking Life (2001), which dives into the world of existentialism and lucid dreaming. The film was not your typical animated feature: It used a method called rotoscoping (via a tool called Rotoshop by Bob Sabiston), which takes video footage of actors and reinterprets what was actually shot into smooth, fluid, trippy motion. Because individual artists worked on different scenes, the overall effect was of a movie that constantly seemed to change. Linklater employed similar -- though more precise -- techniques for his follow-up feature, A Scanner Darkly (2006).

Director Gaspar Noé calls his 2009 film Enter the Void a "psychedelic melodrama," and it's not hard to see why: His camera rushes around Tokyo's neon-lit nightclubs or hovers over a character's shoulder while he's in a drug-induced out-of-body experience. Visual effects were key to this hallucination-like imagery.

French visual-effects studio BUF employed several techniques to convey the character's drug visions and point of view. It would distort imagery, accentuate depth of field, and add various flicker effects. It also used a mix of real and digital sets and locations, resulting in some mind-bending camera moves through Tokyo.

For the Wachowskis' live-action adaptation of Speed Racer (2008), the directors went for an over-the-top cartoonish and psychedelic experience. It's exemplified in the film's climactic race scenes, which feature plenty of out-there visuals made possible with VFX studio Digital Domain's fresh approach to shooting high-dynamic-range photographs for backgrounds -- almost like high-resolution panoramas, stitched together to form "bubble environments." CG cars were then powered through the anime-inspired worlds, often with extreme levels of motion blur, to produce these extremely trippy race scenes. 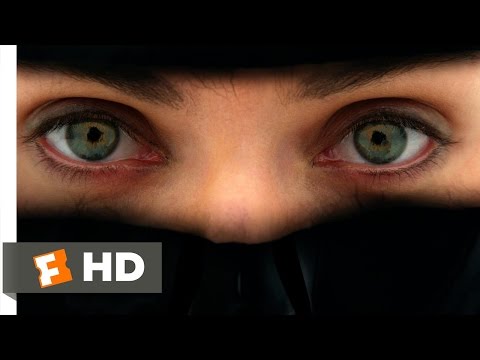 Scarlett Johansson's psychokinetic abilities in Luc Besson's Lucy (2014), induced when she is given a nootropic drug, lend themselves well to psychedelic visual effects. That's particularly the case when we travel inside Lucy's mind… and subsequently throughout the universe's vortexes and nebulae.

Going inside Lucy's brain required some hypnotic imaginings of the big bang. The visuals for the out-of-body experiences that Johansson's character experiences -- designed to show her brain reaching 100% of its potential -- were mainly the work of Industrial Light & Magic, which even looked to the work of What Dreams May Come artist Perry Hall for inspiration.