Ragnarok, a new Norweigian Netflix series about a teenager discovering his divine superpowered destiny (and has nothing to do with the Marvel movies), opens with the beats of M83’s "Midnight City," the 2011 song whose music video featured superpowered adolescents breaking out of the facility they are confined in. Nobly driven by climate alarmism and inspired by Norse mythology, Ragnarok is a pastiche of several pop culture staples from the past two decades. There are mythical beings living among mortals in the vein of American Gods and Percy Jackson. Skam’s semi-realistic high school aesthetics are featured (as are three of that show’s actors). There are shades of Twilight’s supernatural romance and The Arrowverse’s teen jubilation in discovering preternatural abilities (on a television budget, of course).

This seeming lack of imagination might deter those who like their television to be audacious. But in Ragnarok, those appropriated elements, if not electric, feel like a pleasing throwback to those who are nostalgic for the kind of episodic dramas that premiered on The WB in the early 2000s. Remember Smallville or Roswell? Familiarity can be a balm when one has to confront the all-too-real threat of climate change. 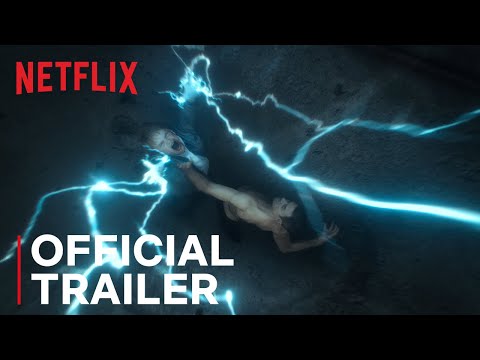 The show centers on Magne (David Stakston), a dyslexic high schooler who moves back to the town of Edda (aptly named after the collection of medieval Icelandic works that is one of the primary sources for most tales from Norse mythology) with his mother and prankish younger brother. He suspects the involvement of the Jutuls, the wealthy family at the centre of the town’s economy and its education, in the mysterious death of Isolde (Ylva Bjørkaas Thedin), an environmental activist and his classmate. Vidar Jutul (Gísli Örn Garðarsson) is a local tycoon who owns the town’s polluting factories. Ran Jutul (Synnøve Macody Lund) is the school principal. Their teenage son and daughter are the local rich brats. They are also, as their family name suggests, Jötunn -- the immortal destructive beings sometimes referred to as giants who stood in opposition to the Gods. Magne, whose powers are awakened by a mysterious old woman, represents a threat to their dominance. As his abilities heighten, he can throw a hammer almost a mile away, bend metal with his bare hands and beat Usain Bolt’s world record for 100m. He may also be the mighty god of thunder, Thor, himself.

While Ragnarok’s first episode features the memorable image of a naked man staring out from a cliff while eating a raw deer heart, it is aimed at a younger audience than Netflix’s other teen dramas like Chilling Adventures of Sabrina and Sex Education. The show is the unlikely creation of Adam Price, the creator of Borgen, the Danish drama about the fictional female prime minister of Denmark.

Borgen managed to wring a surprising amount of depth from party politics and shaky alliances; Ragnarok, however, features an endless array of clichés. There’s an old woman who only speaks in aphorisms. She is occasionally accompanied by a one-eyed old man in an eye-patch. (It’s Odin. Get it?!!) When the villain is introduced, the oppressive soundtrack almost whispers in the audience’s ear, This is a very evil man. Magne talks to his brother about their late father and asks, "Do you ever think about him?" Maybe there really are teenagers who speak to each other in such painfully telegraphed prose. The stakes are huge but the action is limited to a small set of characters. The limited budget also means that our imagination is left to fill in the gaps.

Yet Ragnarok also shows a surprising amount of zest. It is at its unabashed best when it leans into its weirdness. There’s a scene in the second episode featuring a gonzo dance sequence at a school party where three characters dance as if possessed while Ran is having a threesome with school students. There’s another delightfully hokey sequence in which Magne looks at the mirror and sees Thor staring back at him. At one point Vidar’s son, after being asked to murder Magne, retorts, "No. There'll be no violence this time. We hold all the cards. Teachers, psychologists, juvenile detention is ten times worse." The show is also sprightly, only six episodes long, showing none of the infamous Netflix bloat.

Ragnarok’s climate crisis elements also gives its proceedings a topical spark. There are interesting arcs for a few characters in their transition to environmental consciousness. The show also highlights striking panoramic shots of Edda’s natural beauty contrasted with smoke-spewing factories. The show makes the mistake, like many of its cli-fi predecessors, in reducing a global crisis of mass complicity into a narrative with clearly demarcated (and non-human) villains. Yet, it also melds its Norse mythology with climate concerns in interesting ways. Vidar tells his family that humans used to worship the Jötunn and there are interesting parallels in the way that Edda’s residents deify and make peace offerings to the staunchly capitalist Jutuls. Climate is a particular preoccupation of Norse mythology and the show’s title itself harkens to a world-ending battle that, like the climate crisis, will decimate human civilization and end with the world submerged in water.

Hopefully Netflix renews Ragnarok for a second season with a bigger episode order which will allow the show to unpack all these layers of its fascinating mythology instead of hurtling towards cataclysm. In this era of peak television, shows that feature apocalyptic stakes are aplenty. What we really want is the kind of throwback fun Ragnarok seems capable of -- a show where the monsters of lore and the climate crisis are vanquished one week at a time.

Karthik Shankar is a contributor to Thrillist.
Our Newsletter