Donut Hole in Port Arthur, Texas figures prominently into his new movie 'Red Rocket,' and it's not the first time Baker has been drawn to shoot in a donut shop. 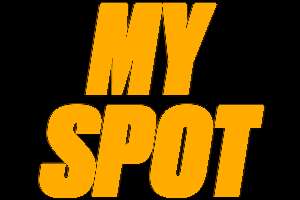 One might assume the director Sean Baker has a special affection for donut shops. Not the kind of nouveau fancy donut shops like The Salty, the one where he was conducting interviews about his new movie Red Rocket in Austin, Texas last month, but a kind of fluorescent lit spot with linoleum tables and styrofoam cups. In Baker's 2015 film Tangerine, shot on iPhones, a Hollywood donut shop is the center of the action where the heroines, two trans women sex workers, gather and gossip. Over a sprinkled, frosted donut, they celebrate a "merry Christmas Eve, bitch."

While at Donut Hole, an emporium nearby an oil refinery, Mikey is immediately taken by the girl behind the counter, so much so that he comes back repeatedly looking for her. Played by 26-year-old Suzanna Son, she goes by Strawberry and is 17—which Mikey clocks makes her legally able to consent in Texas. He flirts with her with an embarrassing donut-themed joke, and she flirts right back with one of her own. Soon, he's a regular at the spot, selling weed to the workers who stop in for coffee and crullers and ingratiating himself to Strawberry, who sees him as a glamorous outsider. He, on the other hand, sees her as a potential porn star, his ticket back into the business that rejected him. And most of this unfolds under the yellow glow of Donut Hole with frosting glistening behind Strawberry. Speaking to us from that very different purveyor, Baker explained why he accidentally keeps finding himself among donuts.

Well, I hate to do this because it's going to almost kill your story. But I would love to take credit and say that this was all intentional and that I'm making a grander statement on perhaps Americans' diet and comfort food. So what happened in this case was that we actually wrote this for a food truck outside of the refinery. And Strawberry was going to be working at this—not a hipster food truck, but—just a food truck. We were location scouting and as we were driving by Donut Hole. It was just one of those moments where we just saw this thing, slammed on the brakes and we were like, "Oh my god. This is like a godsend." This is one of those things where it's like happy accident serendipity that makes your film, you know? I have a lot of those in my movies. We were like, "This works on so many levels." Not just the proximity to the refinery and the colors of the shop that complement the multicolored world of Strawberry, but also the sexual connotations that one might connect to it. And also the connection to my earlier film, Tangerine. It was one of those things where we had to just embrace it entirely even though it was a little bit of a geographical cheat as well. Donut Hole is actually not in Texas City, it's in Port Arthur, Texas.

Especially with the Strawberry subplot in this film, because it can be deciphered in different ways, Donut Hole can even be seen as a fantasy. I'm allowing that to fall more towards the pop sensibility when it comes to the style. Very similar to using the donut shop as the center location of Tangerine, that was extremely poppy. We did the same thing here. We just leaned into it and allowed the colors to become part of the character and obviously part of the overall production design. But ultimately, I'm telling you stories about everyday Americans, everyday people. And this is comfort food. It's flour and sugar and butter. But as Americans, we love it. And I didn't even realize this until I was doing my location scouting in Texas. I always thought that California was donut central, but I actually saw more donut shops in Texas, to tell you the truth. It's such a thing here that I was like, "Okay, this is also very accurate to the culture." Again, embracing what we were given by the film gods.

We're usually dealing with tiny budgets. We obviously want to compensate correctly but we can't compensate on the level of a Hollywood production. So usually it's a compromise. We are paying, obviously, for the use of their place but we also can't dictate schedules, usually, we have to work around their schedules. With Tangerine, that was such a tiny production. It was so tiny that we had to shoot after hours and then we also had to tell them the times that we were going to be shooting in their shop during business hours. We would never interfere with business. The minute that customers came in we would put the cameras down.

We learned the process during my film Take Out where like, "If we're small enough and respectful enough, we can actually shoot in operating businesses during working hours." It helps us really capture that real energy of what a working day is like at an establishment. Sometimes using real customers, if we go about it the right way, and sometimes using real employees. Not in the case of Donut Hole, but we did explore it. We did ask if anybody wanted to be on camera, but they weren't interested. We do our best to really capture reality. It's using all the elements of the actual location.

Mikey's character, being the manipulator that he is, we see him go from being a customer to getting closer to the counter, to getting behind the counter, to enjoying doing little tasks just so that he doesn't get kicked out. What's the character from Leave it to Beaver? Eddie Haskell. Actually, Simon and I used that Eddie Haskell as a reference. We wanted to show a younger person probably working their first job. So we wanted to show the boredom of being a clerk in a small town and how even somebody as immature as Mikey can still be a mystery man to a 17-year-old who hasn't seen much of the world beyond her refinery town.

The donut shop has so much to do with Americana on many levels. Unfortunately, it has some of the dark sides of Americana, like an unhealthy lifestyle. But at the same time, I would say comfort food spots have become our happy places, no joke. That's why they use the word "comfort." It makes you comfortable. It makes you feel at home, it makes you feel good. I'm not going to say it makes you feel safe. Sugar can be a drug, right? And I think America uses that drug more than almost any other country. Especially with these stories that I'm telling that lean towards the sad, lean towards the tragic, lean towards people who are dealing with hardships. And these are spaces in which they can be happy and they can actually be comfortable.

As told to Esther Zuckerman. This has been edited for clarity and context.