'Requiem,' Netflix's New Horror-Mystery Binge Watch, Will Creep You Out 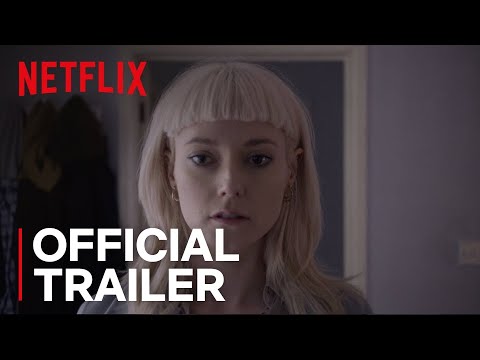 Netflix’s British invasion is in full swing, and its latest BBC co-produced miniseries, Requiem, is here to scare the pants off unsuspecting Yanks.

Requiem follows a brilliant young cellist named Matilda Gray (Lydia Wilson) who's about to leave London for a gig in New York when her mother unexpectedly commits suicide. A grieving Lydia soon uncovers a tantalizing mystery: among her mother’s possessions is evidence that connects her to a young Welsh girl who went missing 23 years earlier. Lydia travels to Wales to investigate, and finds herself in the halls of a spooky old mansion, where she, according to Netflix, "uncovers long buried secrets in this remote community -- including one secret more bizarre, terrifying, and dangerous than anything she could have imagined."

The series, which is currently airing on BBC One in the U.K., has already drawn comparisons to horror classics like Don’t Look Now and Rosemary’s Baby. One look at the trailer confirms that Requiem is a visually striking, totally frightening kidnapping and ghost story gone berserk. Color us intrigued!

In addition to Wilson, Requiem stars Joel Fry, Claire Rushbrook, Tara Fitzgerald, and Richard Harrington, and is written by Kris Mrksa and Blake Ayshford. It’s the latest in a series of Netflix/BBC co-productions, following the Carey Mulligan-starring Collateral.

Check out Requiem when it hits Netflix on Friday, March 23.

Lindsey Romain is a writer and editor living in Chicago. She covers politics for Teen Vogue and has also appeared in Vulture, Birth.Movies.Death, and more. Follow her on Twitter @lindseyromain.
Our Newsletter