Watch the Zany Trailer for 'Rick and Morty' Season 5

The Adult Swim series is barreling through the multiverse in June. 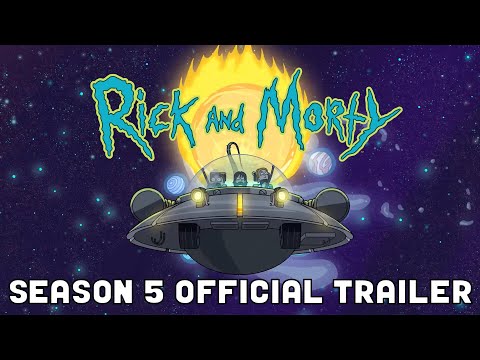 In the first trailer for the highly anticipated Season 5 of Rick and Morty, Rick needs Morty for some bullshit. (Well, he says "bull" in the trailer. The "shit" is implied.) What's new! Cue about two minutes of footage of some new, insane-looking Rick and Morty adventures. There's a "strange horny ocean man" on the Smith-Sanchez family lawn, there's a hint of another "Morty's Mind Blowers"-type situation that includes a timeline where Rick and Morty were Blades as in the movie Blade, at one point Rick is dressed in leather bondage gear but there's a fish in the middle of his body. Jerry does a lot of stupid things. It's a great tease for the new episodes which are set to premiere on Adult Swim on June 20.

What the trailer doesn't really get into is the plot. Season 4 ended, after the Season 3 revelation that there are two of Rick's daughter, Beth (one of the greatest TV characters of this century, in our opinion), following up on Space Beth's adventures. One is the real Beth and the other is a clone that Rick made so that she could experience life outside her grim suburbia. But Rick doesn't know which Beth is, well, Beth, and which Beth is the clone. "Holy shit, I'm a terrible father," Rick says at the end of the finale. Will Season 5 dig more into Rick's reckoning, or is he doomed to be kind of a dick forever? Will there be more visits to Shoney's? All we can do now is wait. In the meantime, go catch up on all of the existing seasons of Rick and Morty on HBO Max.