Episode 2 of the fifth season sort of blew up the conversation around which Beth is the "real" Beth.

Since the concept's introduction in Season 3, it's been the debate ricocheting around the Rick and Morty-verse: Is the Beth at home with her family the real Beth, or is she a clone, the "real Beth" traipsing across the multiverse with a half-shaved head getting into intergalactic adventures? The show made it plenty clear in its Season 4 finale, when Space Beth and Home Beth learn mutual respect for one another, that, ultimately, the answer doesn't matter, and thinking too much about it is an exercise in futility. Still, fallible normie that I am, when I Zoomed with the non-Rick and Morty of the voices behind the Sanchez family—Sarah Chalke (Beth), Chris Parnell (Jerry), and Spencer Grammer (Summer)—ahead of the fifth season's premiere on Adult Swim, I had to ask who they thought was "real" Beth, and how their characters might react to the revelation of truth.

"I think that I always thought that it would be huge and kind of mind-exploding for Beth to find out," Chalke says. "I love the way that Dan and Justin had that play out, that both Beths are like, 'We don't care. It doesn't matter.' And so, I guess going forward, if they did find out, maybe it wouldn't change anything for her? I don't know. I'm so curious!"

What they didn't (couldn't) share, though, is that the premise of Episode 2, "Mortyplicity," thumbs its nose at the discussion altogether. There aren't just two Beths, or many universes of existing Ricks and Mortys; there are "decoys" of the entire family running around out there. Supposedly to keep a troupe of killer squids off the "real" family's tail, Rick cloned the entire family, who figured out how to make clones of themselves, who also learned to make clones, and so on and so forth. It turns into a bloodbath of clones attempting to outwit one another, eventually realizing that even the squids and their unique ships are merely "decoys" in an elaborate disguise to be the last Sanchezes standing. In the episode's loose interpretation of the 1996 movie Multiplicity, starring Michael Keaton as a guy who makes clones of himself with diminishing returns on their fidelity to the original, a couple of the clones don't turn out so good; there are nefarious dungeon-dwellers who look like sacks of goo, and wooden marionette do-gooders trying to unite the clones to stay alive. 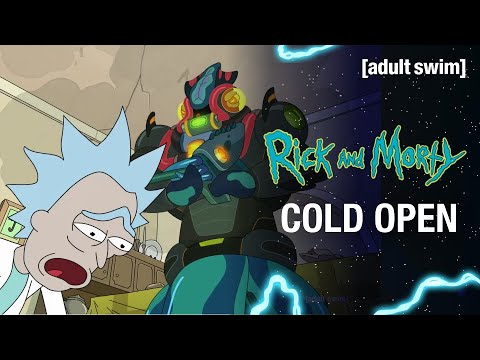 As each cloned unit meets their demise, there are varying degrees of existential crises. Some are absolutely certain they're not the decoy, others panic about their sentience before getting kersplatted, and one of the families finds peace with their fate, cheerfully crossing off some bucket-list wishes before getting evaporated standing in the ocean, holding hands and smiling. The episode's power struggle comes to a close with an all-out clone war. The "real" Rick—on his spaceship with the real family who happened to run into Space Beth on their outing—gets a ping on his watch after the decoys have destroyed each other. It closes the loop, but, ironically, sets off the family on a you did WHAT screed of ridicule, pulling on the loose thread from the tenuous knot of closure tied up when the two Beths made peace with each other. Hell, if there are more out there, who's to say the Sanchezes we end on aren't clones?

"I sort of think that's what it's meant to provoke, right? That, like, they're the same as one another," Grammar says specifically about who's the real Beth when there were only two choices, but it applies just as soundly here, too. "Really, there is no difference between your clone or you. You're just living your life with choices and consequences. What's really amazing about it is that Beth realizes that she has gotten the opportunity to live both of those lives, so it's almost like it cancels itself out. In some ways, maybe it's more reassuring, right? Home Beth knows that she has a Space Beth, and Space Beth knows that she has a Home Beth. And so it's like she really lived her life fully because there were two of her, you know?"

Roiland and Harmon are clever about keeping their ears close to fan chatter. The premiere of Season 4, following the messy 2017 Szechuan sauce release that outed many of the show's most insufferable, 8chan-reading fans, put distance between the show and its toxic viewers, essentially mocking the men's rights movement and announcing itself as firmly anti-Nazi. Similarly, so too does "Mortyplicity" directly address the fandom, begging people like me to stop asking about the status of the Beths.

As for Jerry, forever the family schlub whose marionette clone manages to live in torturous situations for centuries after he snakes away from certain death, Parnell sees him as "a bit more realized" this season. "He's not quite as pathetic, but underneath it all, he's pretty pathetic." Even his decoy can't escape his progenitor's personality flaws, including his wife guy adoration of Beth.

"I think Jerry would be all on board for two Beths," he says, rooting for as many Beths as possible. "It's unfortunate he doesn't feel more excited about his children."