Rihanna's 'Anti' Is a Beautiful, Triumphant Mess You Must Experience

For more than three years, the best thing about Rihanna's new album was that it didn't exist. After seven hit records that arrived like clockwork, almost one each year since her 2005 debut, the Barbados-born singer slowed her roll following 2012's Unapologetic. Instead of releasing a new full-length, she let every blog-inspiring outfit, rolling-a-blunt-on-her-bodyguard's-head pic, fawning magazine profile, blood-splattered video, and bizarre corporate partnership talk that talk for her. By failing to materialize, her new album, evocatively titled Anti, only grew in the minds of her fans, blossoming into an era-defining masterpiece of nothingness.

Now that the album actually exists, it's time for a reckoning of expectations and reality. How can the tracks you stream from your phone compare to the hypothetical bangers Rihanna was listening to with gold-plated Dolce & Gabbana headphones? They can't. You know that. Rihanna knows that. What can Anti offer? An illuminating, frustrating, and deeply human look at what it means to be a pop superstar in 2016. 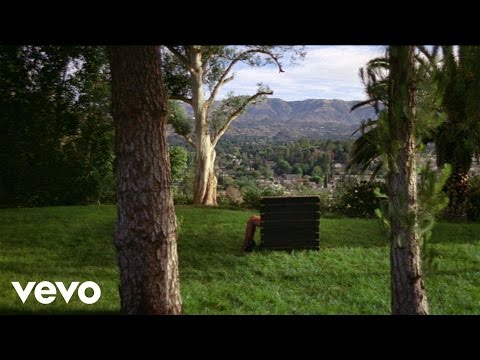 Wait, how did we get here?

Amidst all the talk of surprise album releases and mysterious promotional plans, Anti dropped on Wednesday night like a glass of champagne being knocked off a platter. The album was allegedly leaked on TIDAL, the Jay Z-owned streaming service that Rihanna has deep ties to, before being unceremoniously pulled. The company then released the album officially later that evening as a streaming exclusive, in addition to offering up free downloads to non-subscribers. That sounds like a clusterfuck, right? It's already been downloaded a million times, so I suppose that counts as a success.

In many ways, the album's unceremonious reveal is actually reflective of Anti's curious, sketchbook aesthetic. The record finds Rihanna trying on new personas and musical styles, pushing the boundaries of her defiant, eternally badass identity to emotionally vulnerable places. It's an album filled with artistic risks, so it should come as no surprise that its unveiling would be equally as haphazard.

So, where are the hits?

This will be the question on the lips of club-goers, label executives, and music fans who insist on assessing pieces of art like the stock market. It's not a completely unfair question: Rihanna is a hitmaker, unquestionably. Chart-topping songs like "SOS," "Umbrella," "Disturbia," and "Rude Boy" established her early on as a singer with a well-manicured finger on the pulse of global pop trends, able to bend her expressive, malleable voice to the mutating needs of late-'00s radio formats. She could do R&B, EDM, and sing the hooks to forgettable Eminem songs. For a period, she was untouchable.

But her priorities seem to have shifted. Last year, she released three singles: the vaguely political "American Oxygen," the soulful Paul McCartney and Kanye West collaboration "FourFiveSeconds," and the tough-talking "Bitch Better Have My Money." None of these songs hit the number one spot on the Billboard Hot 100 chart -- a feat she's accomplished 13 times, tying her with Michael Jackson -- and none appear on Anti. The closest thing to a conventional single on the record is the clubby "Work," a paean to taking care of business that works despite a Drake verse that includes the creepy line, "If you had a twin, I would still choose you." Uh, thanks for not choosing my hypothetical twin?

So what's there instead?

Let's be clear: this isn't Rihanna’s Metal Machine Music. It's not a complete rebranding; it's a thoughtful repositioning. While the executive producer stamp from Kanye West on the record means very little on a song to song basis, his presence -- or, maybe, the meddling of his protege and rumored Rihanna boyfriend Travis Scott -- is felt in the album's gallery-ready cover art, noise-pop tendencies, and newfound conceptual rigor. Rihanna already has some strong full-lengths in her discography, Rated R in particular, but this is her first self-consciously cohesive album. That it still feels a bit frantic is a testament to her raised middle finger taste. "Didn't they tell you that I was a savage?" she asks at one point on the stand-out "Needed Me." "Fuck your white horse and a carriage."

Yes, towards the center of the album, Rihanna teams up with Kevin Parker of Australian indie psych-rock band Tame Impala for a nearly identical cover of the group's "New Person Same Old Mistakes" off last year's Currents. The six-minute jam works as a hazy fulcrum for the rest of the album, like a smoke-filled passageway the listener must pass through to make it to the other side. Watch out for the leaky bong water coming from the rafters.

But it’s worth the journey. The record's final stretch is Rihanna's most fully realized, just plain beautiful work as a songwriter and singer. From the Dido-jacking hushed confessionals of "Never Ending" to the doo-wop prom massacre vibes of "Love on the Brain," it's clear she's pushing herself as a vocalist. She's discovered new, soulful ways to express the ideas she's explored her whole career: resilience, loneliness, and the desire to be loved. The record hits its retro-chic peek with "Higher," a haunting, anti-poetic drunk text of a ballad. "This whiskey got me feelin' pretty," she sings over producer No I.D.'s mournful string loop. "So pardon if I'm impolite/I just really need your ass with me."

That desire to be seen, recognized, and acknowledged ultimately defines the album. Does that self-seriousness get in the way of the fun at times? Sure, but I'd like to think Rihanna has earned the right to get a little reflective. There's lots of mirror imagery in the lyrics, suggesting she's been studying her selfies as much as we have, considering her broader place in the culture and her legacy as an artist. With Anti, she's trying on new filters. Hopefully it won't be too long before she sends us another set of pics.

Dan Jackson is a staff writer at Thrillist Entertainment and still likes "Umbrella" after all these years. He's on Twitter: @danielvjackson.