20 Songs From the 'Rocky' Movies, Ranked

With Creed II hitting movie theaters this Thanksgiving, you'll need to get to a gym to offset the stuffing and pumpkin-based desserts you’re about to devour. Luckily, the Rocky movie franchise has given us literally tens of motivational sports jams. Here, I will take you through 20 of them, at least 15 of which are hilarious garbage.

Listen: MC Hammer was on top of the world in 1990, so you can hardly blame him for cashing in. (And if you ever saw his Behind the Music, you know how badly he needed to.) But this contribution to the hip-hop/new-jack-heavy Rocky V soundtrack is wack even by Hammer standards: it comes off like a compilation reel of his most popular catchphrases, and you can’t dance to it. But if the seeds of “Pumps and a Bump” were planted here, we are all richer for it.

Survivor and its new lead singer (the late Jimi Jamison, pour some out) try to recapture the “Eye of the Tiger” magic; don’t. While “Eye” is timeless, “Burning Heart” sounds like 1985, and the lyrics are either way too plot-specific (e.g., Is it East vs. West or man against man/Does any nation stand alone?) or cribbed from under the cap of some kind of 99-cent store energy drink (In the warrior’s code there's no surrender/Though his body says stop, his spirit cries: never!). It’s bad news. 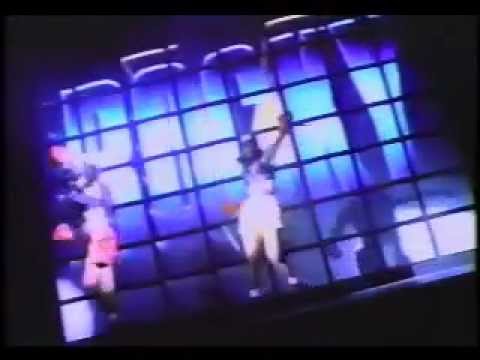 If you had 20 minutes to recreate a Marky Mark album track on GarageBand, you’d come up with this. It must have been the single from the Rocky V soundtrack, because there's a video and it's the most unmistakably 1990 thing that ever happened. Stacks of televisions? Dancers in spandex bike shorts dancing against a seamless white background at a Dutch angle? MC Hammer? It’s all there.

17. "Double or Nothing," Gladys Knight & Kenny Loggins (from Rocky IV)

This one only made the Rocky IV soundtrack as a result of the Simpson/Bruckheimer Act of 1982, stipulating that all '80s movie soundtracks must contain one (1) song by Kenny Loggins.

“Oh, Jesus, there's nothing here for white people. Get Elton on the phone!” -- the music supervisor of Rocky V, at the very last minute

This particular one is about cheating on your tenderoni and improvising an excuse -- an “It Wasn’t Me” for 1990. The even worse news is that one of those excuses is: “Oooh baby, I was raaaaped!” No, really. Listen, it’s great that so much of the Rocky V soundtrack was devoted to new-jack swing, but man was a lot of new-jack swing terrible. Oooh baby, my ears were raped.

If you can make the case that hip-hop in 2015 isn’t stuck in an Auto-Tuned, Drake-ified rut, this song might be for you. I’m bored to tears by it.

JC & the BBB has had a strange career: The group struggled for a decade as a sub-Springsteen bar band (called, simply and unwisely, Beaver Brown) before getting its big break writing songs for the fictional band in Eddie and the Cruisers. The movie flopped in theaters, but JC & the BBB, doing business as Eddie & the Cruisers got a second life on cable, leading to two hit singles (“On the Dark Side” and “Tender Years”). The band then stepped out of the shadows, lengthened its name, and released a sub-Born in the USA album called Tough All Over, then flirted with Go West-style synth-pop on this track. More recently, the band had a track on the Dumb and Dumber To soundtrack. They need to make an Unsung for white bands because these guys would be a perfect episode.

I mean, the ‘80s were not great to the Godfather, so it feels ignoble to pick on him for this one, but it is terrible. Here’s how bad it is: about two-thirds of the way through, he just gives up and starts naming American cities. “Living In America” is not only James Brown’s worst song, it inspired "Weird Al" Yankovic’s worst song, “Living With a Hernia.” (I mean, “I feel... bad!?!” Come on, Al, you were coasting and you know it.) This is, to my knowledge, the one top-10 song to name-check black coffee and a hard roll, though, so it’s not completely worthless.

This song came out of the Sports-Movie Soundtrack Song Generator and was sung by Marq Torien, who went on to be the lead singer of BulletBoys and give the world “Smooth Up in Ya,” a hair-metal classic that must be seen and heard to be believed. He has the voice of a rogue angel, and the fashion sense of Tori from Saved by the Bell. Highly recommended.

Bill Conti tries to adapt to 1990. This happens instead.

So, listen: One of the hip-hop tracks on the Rocky V soundtrack was going to sample “Eye of the Tiger.” One measure of how naive and clueless we were in 1990 is that they gave the job to Snap!

7. "Take You Back," Frank Stallone (from all the Rockys)

This song has a rich history with the Rocky franchise. It’s sung by a vocal group (including Frank Stallone) in the first film, but wasn’t recorded for the soundtrack until Rocky III in 1982. And there are three: the pop mix, the “Tough Gym” version from Rocky III, and the hip-hop version from Rocky V by the 7A3 (featuring DJ Muggs, who went on to be a member of Cypress Hill, which, gross).

6. "You Take My Heart Away," DeEtta Little & Nelson Pigford (from Rocky)

Two of the best names in music history -- Cleavon Little’s sister and the writer of Barry White’s “It’s Ecstasy When You Lay Down Next to Me,” respectively -- in an R&B number that borrows just enough from “Gonna Fly Now.” A rare sexy moment for the Rocky franchise. A touch of romance that is pure Little/Pigford. 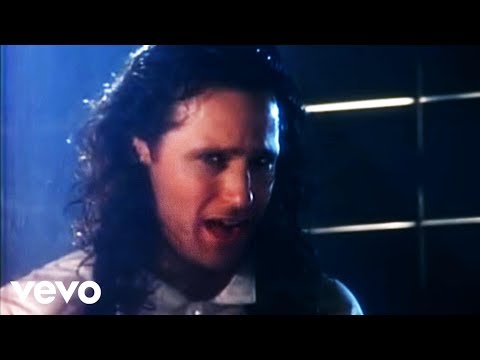 Okay, you have to watch this video: Robert Tepper (who is a dead ringer for Robbie Nevil -- has anyone ever seen them together? Has anyone seen either of them since 1989?) wears a flowing black trench coat, a vest, a brooch, and sensible Cavariccis, trapped for eternity in an empty rock-and-roll sex dungeon with hair that is somehow always soaking wet, pumping a fist at the sky again and again. The overall effect is very proto-Criss Angel: Mindfreak. (Jesus, have you seen Criss Angel together with Robert Tepper and Robbie Nevil? What have I just uncovered? Why are there black helicopters over my house right now?) Still, the slight break in his voice at 2:45 is pure cheese-rock realness and it gets me every time.

I need to find this on vinyl, and then I need two turntables, and then I need to learn how to DJ and start my DJ career in unpopular time slots in unfashionable clubs and build a name for myself and impress the right people and slowly develop a reputation and a business, to the point where there’s that one big party for that big movie premiere, and the superstar DJ is stuck in traffic, and I’m the only guy who can step in at the last minute -- and then I need to pull this out and make the crowd go wild, because it is a BANGER.

The iconic Rocky music, as stirring as ever: aggressive horn section, '70s cop drama guitar... and then there are the lyrics, which if you type them out and look at them are ridiculous:

Bill, you really needn’t have bothered. Still, put this in your ears on a long run, and you will feel a fresh wind at your back.

The sine qua non of inspirational sports-movie jams, from a band whose lead singer dressed like a guardian angel. You will still hear this in a CrossFit gym more often than you will not. My favorite lyric: “So many times, it happens too fast/You trade your passion for glory.” Does it, though? Is that really a thing that happens so many times too fast? To whom? “Eye” is of course the best of the bunch, an enduring classic of the form. But the version that’s even better is the one from the original cast recording of the Rocky Broadway musical. You’ve been working out to a show tune this whole time, and in your heart you knew it.

Dave Holmes is a writer and television personality in Los Angeles, CA. He rose to prominence as an amateur boxer on the mean streets of Philadelphia and has achieved glory five or six times since then. You can follow him on Twitter at @daveholmes.
Our Newsletter