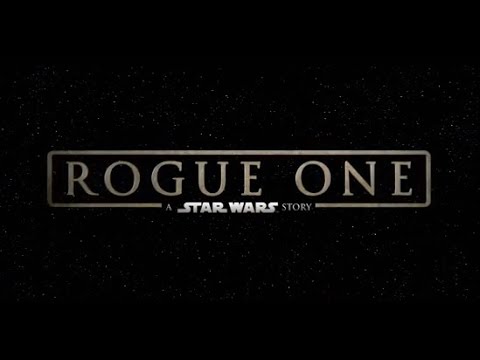 Rogue One, the first Star Wars spinoff ever to hit screens, is a gamble.

The Force Awakens had it easy, continuing the previous saga with Han Solo, Leia, Chewbacca, and a cast of new characters to rival them. If you loved Star Wars, you were going to enjoy that movie on some level. Rogue One departs from the formula: it's a heist movie, a war movie, a movie without too many crutches. The movie stars Academy Award-nominated Felicity Jones (The Theory of Everything) as Jyn Erso, a rapscallion recruited to steal the Death Star plans, a character fans have never heard of. Judging from the first trailer, the gamble should work in its favor -- even while reaping from classic imagery, Rogue One looks to bring new intensity and action to the Star Wars universe.

What are we looking at here? First there's Jones, playing Jyn with maximum bite. There’s an appearance by Mon Mothma, previously seen in Return of the Jedi. We learn how the Galactic Empire actually constructed the Death Star. Diego Luna's smirking sidekick, Forest Whitaker's wise ally, Donnie Yen's ass-kicker, and a glimpse of Ben Mendelsohn (Bloodline), stepping in as the Empire's chilling superior. The set pieces are visceral, with squads of Stormtroopers and AT-AT tanks storming a space beach like it’s Normandy. Director Gareth Edwards (Godzilla) lets every snippet of footage bleed into the next for maximum terror. Yes, Star Wars can be straight up scary.

Rogue One: A Star Wars Story arrives December 16, 2016. We know very little about it! But here's everything we do know, from facts to spoilers to outlandish theories.

Matt Patches is Thrillist’s Entertainment Editor. He previously wrote for Grantland, Esquire.com, Vulture, The Hollywood Reporter, and The Guardian. Star Wars is complete catnip for him. Find him on Twitter @misterpatches.