Samurai Jack and Ashi Finally Do What Needed to Be Done

This season saw Samurai Jack come back from certain death to kick serious ass, overcome his demons, and finally get his sword back. This episode devoted an entire half hour to the question the show's danced around all season: Will Jack and his nemesis-turned-partner Ashi ever hook up?

Cue up the schmaltzy music, folks.

It took them eight episodes faced with certain death, culminating in a totally ridiculous monster-of-the-week fight against some slug thing named Lazarus, but, yeah, they finally just went at each other, to Dean Martin's take on "Everybody Loves Somebody." It was lovely. I've had my gripes with Ashi's development and setup as a love interest for Jack before, but I can't deny this felt pretty satisfying. Let's get into how we got to this point before getting into what this means for the last two episodes left.

The last episode that mashed these two together in a tandem adventure felt sorely one-sided. Ashi barely spoke except to yell or lash out at Jack, and Jack saved their butts mostly repeating how wrong she was and carrying her around chained to his back. Kinky, perhaps, but not exactly the height of gender parity. The writers blew it again when they implied she'd been walking around naked for most of the show and sped through any emotional blowback she might have felt after killing her mom last week. As compelling as the rest of Ashi's arc has been, these wounds cut into the credibility of a woman who -- while clearly a badass -- plays second fiddle to someone as wracked with the same demons as Jack is. It would have been great to show them connecting, for even one scene, over their shared traumas.

Still! The creators filled this episode with genuinely funny, awkward moments, coupled with a lot of action. Watching them dance around each other's emotions while trying to take public transit on a giant camel contrasted nicely with the more emotionally fraught scenes in the last two episodes. Genndy Tartakovsky and his team paid as much attention giving their closeups affection, nervousness, and warmth as they paid to the angry intensity you see in their eyes during fight scenes. Samurai Jack does The Notebook, but with hotter leads.

It didn't hurt that two big fight scenes distracted them, too. Venomous slugs chewing through Ashi's clothes felt like a bit much -- just as Jack's red-faced, stammering about how, "men and women are different" and "private things" felt like like a bit much, but at least Ashi called him out on the latter. But violence and peril threw them together in the first place. It's only fitting that they'd kill a stupid hive-mind slug monster and end up sweaty, breathing heavily, and too DTF for words -- or the classic will.i.am ending theme. Every couple has a song, and "Everybody Loves Somebody" hits "Jashi" squarely on the nose.

That'll make Ashi a target -- for Aku or Jack

She already was, of course, just by association, but this will up the ante considerably the second Aku finds out Jack has a girlfriend. This also calls Jack's destiny into question: How does he go back to the past to defeat Aku if it means Ashi's existence will become a paradox? He could erase the only person he's ever loved (and had sex with?) from the fabric of time. As fun as this episode was, it only further confirms my suspicion that Ashi was tossed into the season mostly to serve Jack's arc and pathos, and less to develop the universe with a fully formed character who happens to be a woman. As far as Ashi's skill and army-dispatching power have carried her thus far, she'll probably turn into a damsel in distress by the end, and I don't look forward to it.

The Guardian's coming back next week

This Adult Swim promo for next week's episode, "C," looks crazy. Jack should visit a familiar battlefield and possibly visit his old rival the Guardian. In the early seasons, he was one of Jack's most powerful foes, a keeper of a time portal, and a man Jack never defeated. 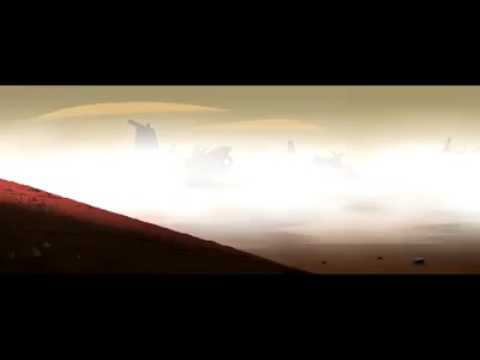 If you recall from the season 3 episode "Jack and the Travelling Creatures," this is the opening to Jack's epic duel with the Guardian. At the end of Jack's duel with the Guardian, it was prophesied that Jack would return to face and defeat Aku -- older, bearded and crowned as a warrior king, holding his sword -- using the time portal in the distant future. Since Jack's gotten a makeover this season, that future might no longer be in play or it could just be retconned into a new future. For my money, it still is in play, but in a tweaked form. Otherwise, why revisit the place where he fought the Guardian at all?

Shots from their original duel cut pretty close to shots in Adult Swim's new promo. Alive or dead, consequential or not, Jack will face the Guardian next week. Should be interesting.

Correction: Twitter user @JoseRosado helpfully pointed out that the version of "Everybody Loves Somebody" used in this episode was sung by Dean Martin, not Frank Sinatra as I originally wrote. Thanks, Jose!