Last week's Samurai Jack premiere on Adult Swim's Toonami felt like a comeback concert for our favorite samurai fighting against evil. The second episode took a darker turn, filled with mounting dread and an emphasis on dualities that get more and more uncomfortable the more you think about them. Unlike its earlier seasons, this 10-episode finale tells one long, multi-part arc, which is available to stream in full at Adult Swim. Before unpacking what the latest entry means for the rest of the season let's recap the events really quickly:

• Aku returns with a full scene for Greg Baldwin, Mako's replacement voice actor, and the dark lord's giving himself psychological counseling by shape-shifting a piece of his body into a shrink while the rest of him slumps into a chair.

• Mid-chase, Jack argues with a manifestation of himself in his own head, which all but voices his own death wish. Jack insists that he'll beat the daughters and that he always finds a way.

• Jack kills one of the disciples in a fight, realizes she's not a robot, then jumps (while mortally wounded) out of an exploding castle wall. His status at the end of the episode is ambiguous.

• In a parallel story, a white wolf (whose forked path in a forest echoes Jack's own), is killed after a gruesome fight with sabertooth tigers.

In its original run Samurai Jack best demonstrated what you could do with an intentionally simple dichotomy: Jack was good and cool-headed and self-motivated in his mission to defeat Aku; while Aku was evil and short-tempered and constantly scheming to kill Jack. Now we know what 50 years have done to that relationship through a host of other dichotomies laid out here. Not only do Jack and the wolf both theoretically perish at the end of the episode, but Jack and Aku both give themselves difficult psychological critiques and each comes up short.

That's new, emotionally complex territory for a series that previously focused on all the ways you could tell a story through action and beautifully wrought set pieces, but not necessarily words. It's also insane that it manages to thread the probing through a seven-cats-and-a-mouse chase that the Daughters of Aku play with Jack. The scenes of Jack running through the ruins of the castle, Jack fighting in darkness illuminated only by the clanging sparks of swords, and Jack spinning to counter and finally kill one of the deadly Daughters in close-quarters combat, are all classic callbacks to the show at its best.

What lives up to this epic sequence? Here are some of the greatest fight scenes from the original show where Jack's found a way, in spite of everything. Many of them echo the events of this episode. All deliver on a mantra we hear Jack utter in "XCIII": "I'll find a way. I always have."

Jack vs. the Guardian

The Guardian in is perhaps the only foe -- aside from Aku -- that Jack could never defeat. He also ended the fight not by killing Jack, but by watching an insane prophecy that points to Jack's destiny to defeat Aku after years and years of fighting looking like a warrior king. He'll be back this season. Count on it. 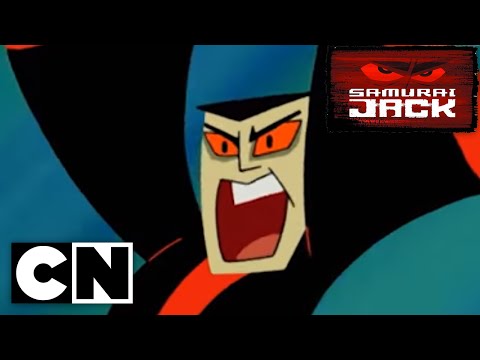 One of the first times we saw Jack really argue with himself. In fact, Phil LaMarr who voiced Jack, went back to this episode to get his intonations right for this new batch of episodes. 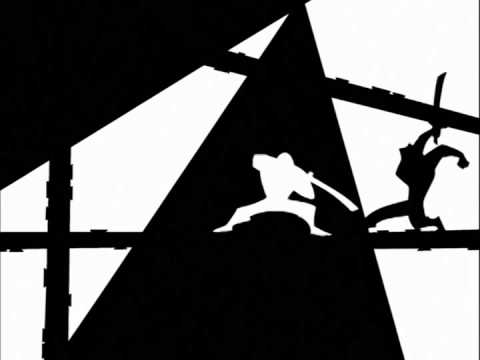 Jack vs. the Shinobi

In one of the most beautiful fights of the series, Jack duels a ninja in an interplay of blacks and whites. I'd be amazed if they didn't return to this sequence when animating the shots in the dark.

Jack vs. the Shaolin Monks

Jack showing off his hand-to-hand skills without a weapon in hand.

Jack fights the "shogun of sorrow" himself -- without his sword. 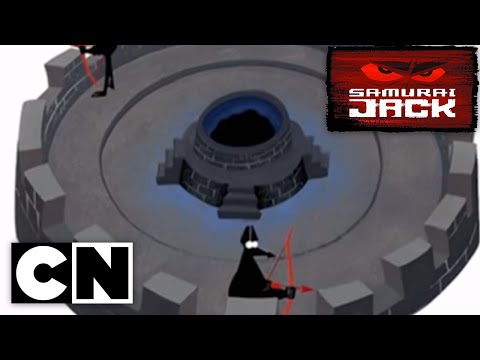 Jack vs. the Three Blind Archers

Here's why Jack's sword matters, complete with a Star Wars nod: "All too easy."

Note: If I've missed any great ones send them to me at evb@thrillist.com and we'll add them to this list.

Eric Vilas-Boas is a writer and editor at Thrillist who obsesses over swordsmen too much. Follow him @e_vb_.