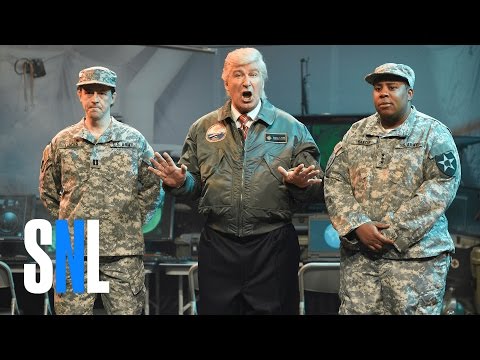 Though Alec Baldwin has said his days impersonating the president are numbered, the actor returned to Saturday Night Live this weekend to kick off a big Trump show. The cold open (above) sent Baldwin to a U.S. military base to rally soldiers combating a rather lop-sided alien invasion.

"Here's the deal: We are going to beat these aliens, because we have got the best military," he began. "The aliens are laughing at us. They're killing us, and they're laughing at us." What followed was a timely piece that called out a slew of Trump's recent lowlights, including his scuffle with Arnold Schwarzenegger, love of Infowars, business ties in questionable places, and inability to wrap his head around the word "hereby."

SNL then hit Trump with the sketch version of Rick and Morty's "Lawnmower Dog" -- how would you feel if you found out that not only could your dog talk, but he or she was also super Trumpy? 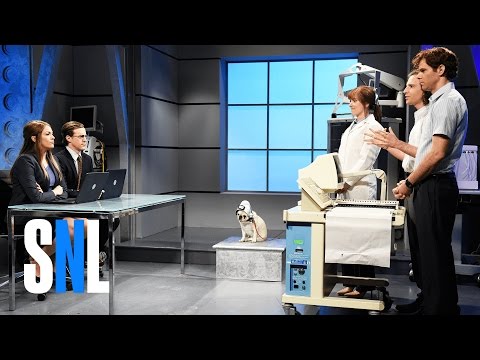 "Trumpcare," the bill that could eventually overhaul America's healthcare system, got the Weekend Update treatment: 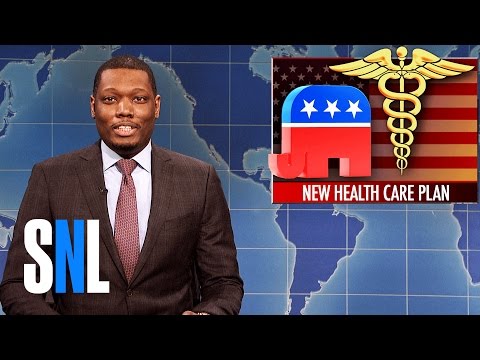 Pete Davidson, who revealed he's been working on getting "sober for the first time in 8 years," dropped by to shit on the Trump administration: 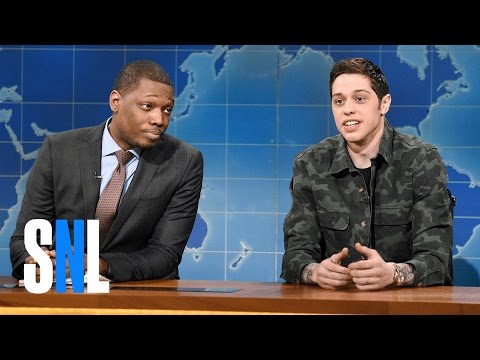 And five-time host Scarlett Johansson played Ivanka Trump in a potent faux commercial that introduced a new fragrance, one that sought to hold the president's daughter accountable for her proximity to the madness. The good news here? Even if Baldwin bows out, SNL reminded viewers that its team knows more than one way to lampoon the White House.