Netflix's new documentary Seaspiracy, directed by Ali Tabrizi and produced by Kip Andersen of the similarly-titled Cowspiracy, covers a lot of (for lack of a better word) ground. Beginning with a voiceover from Tabrizi, explaining how what was originally going to be an oceans documentary styled after his heroes Jacques Cousteau and Sylvia Earle became a vivid exposé of the world fishing industry's worst-kept secrets, Seaspiracy draws a wobbly line from commercial whaling to overfishing to microplastics to fish farm slavery, connecting all the dots together in an indictment of the myth of sustainability.

Tabrizi takes us from Japan to France to Scandinavia to Africa, uncovering the ways in which humans drain resources from our planet's largest carbon sink. Leading with commercial whaling, which is legal for certain species in seven countries (including the US) and two territories, the film turns a sharp eye on the practices of hunting some of the largest and smallest creatures in the sea, asking which way, if any, can endure into the future, or if we're doomed to scrub clean an entire ecosystem by the middle of this century.

Tabrizi speaks mostly to conservationists and activists, so this is mostly a documentary whose focus is less on examining every angle of a situation and more on shocking viewers into action with the most upsetting and controversial stuff first before getting into the meat of the issue. Scenes of "sustainable" whaling practices, in which a group of fishermen reduce a pod of pilot whales to beached mounds of flesh floating in their own blood, follow shots of "sustainably" farmed fish packed into floating cages being eaten alive by an epidemic of lice. (The images in these scenes are, obviously, graphic and the takes are long and lingering, so I wouldn't recommend this to anyone who would rather not see that.) 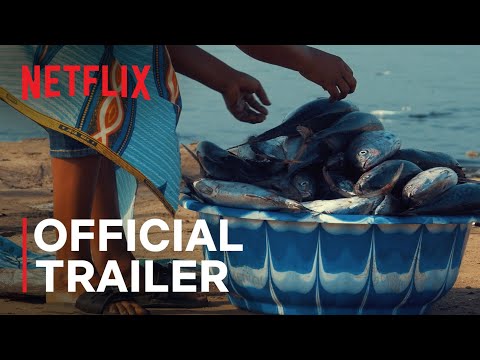 The movie reels you in with hot-button topics like the Japanese whaling industry (covered in the Oscar-winning 2009 documentary The Cove), which is much more complex than Seaspiracy apparently has the time to address. The bigger picture: In economically devastated post-World War II Japan, the American military granted fishermen permission to hunt whales, and an entire generation grew up eating whale meat regularly. The hunting of great whales has been under a moratorium nearly worldwide since 1986, with concessions put in place to preserve indigenous subsistence practices and for scientific research, the latter of which Japanese whalers have been using to allegedly hunt commercially, claiming to stay within the bounds of the law. Japan publicly began hunting whales commercially again at a small scale in 2019, causing an international uproar that many in Japan see as the global West attempting to impose more imperialist values on the East.

It is, as films like this tend to be, firmly one-sided. In one segment, Tabrizi participates in a nighttime raid on an illegal fishing vessel with Sea Shepherd, a controversial conservation organization who, often appearing in documentaries like Seaspiracy, have been declared pirates by a US court ruling. (One of their logos is an admittedly badass skull with a crossed shepherd's crook and trident.) When Tabrizi sneaks into fishing conventions or the offices of the heads of eco-friendly fishing organizations, it's merely to film their lack of response to questions about how exactly you enforce sustainability in an industry that is difficult to regulate by design. In the film's most telling scene, Tabrizi speaks with a representative of Earth Island Institute, which is in charge of putting a "dolphin safe" label on certain packages of fish, indicating that no dolphins were killed as bycatch in the nets. When asked if there's a way the organization can guarantee that no dolphins died, he simply says no, explaining that even their observers, who are only occasionally sent out on the boats, can be bribed.

Seaspiracy is both well-researched and informative, and at times genuinely shocking—toward the end, Tabrizi speaks with Thai fishermen who were basically enslaved to keep the economic costs of the fishing industry down. There are a lot of numbers, and plenty of (poorly labeled) graphs to indicate that, at the rate humans are overfishing the world's oceans, and we are, there won't be much left by the time we get to 2050. It's not enough to buy from only the self-described eco-friendly labels, just as it's not enough, as we all recently learned, for individuals to keep recycling our plastic when the billion-dollar megacorporations that could actually have some effect on our epidemic of trash simply aren't. Any one of these topics mentioned above could have been the subject of its own feature-length documentary, but are instead presented here in a thematic jumble, with barely enough time spent to give the full picture of any single aspect. If shock and awe are what it takes to get the message across, then Seaspiracy is effective, if not particularly multifaceted.