Methodical in its sloppiness and crafty in its stupidity, Netflix's Secret Obsession knows what it's doing every step of the way. The ultra-cheesy stalker thriller stars Brenda Song (Disney Channel's Suite Life with Zach and Cody) as Jennifer, an innocent young woman who wakes up after being struck by a car while being chased by a knife-wielding psycho and discovers she's suffering from severe-brain-trauma-induced amnesia. Luckily, her "husband" Russell, a glasses-sporting hunk played by Mike Vogel of NBC's recent military drama The Brave, is there to help her get through the difficult transitional period that follows. He gives her flowers, pushes her in a wheelchair, and tells her a story about having an allergic reaction to shellfish on their first date. What a nice guy, right?

If you've watched the trailer for Secret Obsession -- or seen any similar "woman in peril" captivity movies -- you can probably guess that Russell isn't exactly who he claims to be. His possible duplicity is telegraphed early on when Jennifer asks Russell about her parents, a perfectly natural subject for an amnesia-stricken patient to inquire about, and Russell basically says, "Oh yeah, sorry, they died in a fire."

His diabolical "plan" feels carefully laid out in some instances and cobbled together on the fly in others, like whenever he hits another character in the head with a rock, something he does multiple times in the film. He takes Jennifer home to a secluded home that's "been in the family for a while," but he also sneaks out of the house to kill a mysterious man who attempted to give Jennifer flowers at the hospital and then buries his body in the backyard in the middle of the night, one of a handful of plot threads that goes nowhere. You probably won't mind. 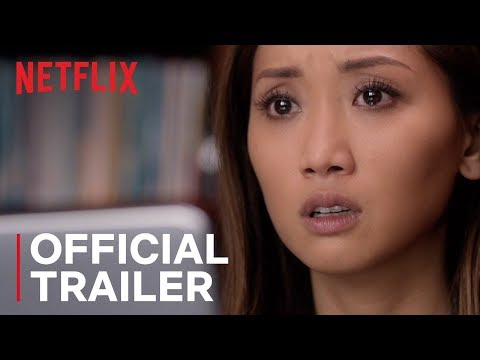 Directed, co-written, and produced by Peter Sullivan, a filmmaker with considerable Hallmark and Lifetime movie experience, Secret Obsession is clearly not part of Netflix's prestige division. No one is going to confuse this with Roma or Private Life; it's not a violent horror genre play like the Stephen King adaptation Gerald's Game or this year's Alison Williams classical music revenge tale The Perfection. No, Secret Obsession is clearly an attempt to mimic the self-consciously hokey, unapologetically cheap-looking cable TV movies that play in all-day marathons on Saturday afternoons, the kind of programming you stumble on and get sucked into while channel surfing. You laugh, you gasp, and probably watch a dozen commercials for personal injury lawyers. If Netflix truly wants to create a fully terraformed, sealed-off version of the old school cable package, they've gotta make some shlock like this, which fits right in with the platform's ever-expanding slate of mindless Christmas movies.

The trick to enjoying a movie like Secret Obsession, one that revels in its own absurdity, is to embrace the incredulity it inspires. Just accept that the well-meaning hospital employees would make so little effort to confirm that Russell, a guy who seemingly walks in off the street and demands to see his wife, is actually who he claims to be. Simply go with the idea that Jennifer quickly accepts Russell's convenient narrative that she wanted to quit her job, move to the woods, and start a family with him. Nitpicking the ridiculous twists, criticizing the oddly vacant home decor, and puzzling over the unanswered questions is part of the whole shiny, goofy package.

Thankfully, Secret Obsession boasts a fun, game performance from Song, who hits all the required emotional notes and makes all the appropriate shocked faces as she uncovers each new clue. (What's wrong with the cell phone Russell gave her? Why doesn't the wifi work? How come he won't invite over any of her friends?) Vogel, who has the same mischievous smirk as The Guest star Dan Stevens, is a bit less inspiring, particularly as the movie requires him to get more evil and unhinged. Luckily, 24's Dennis Haysbert is also snooping around as Detective Frank Page, a cop with a rote backstory and a tendency to walk right into dangerous situations, and he adds an odd wrinkle to his perfunctory Law & Order-esque scenes.

As stilted and goofy as the movie gets, it never veers into any potentially transgressive or genuinely risky territory. Even if you like movies like this, you'll probably wish it was a little weirder. It's possible to imagine an alternate version of this story that's more keyed in to contemporary culture, one that playfully tweaks the tech utopianism of its San Francisco setting or explicitly calls out the villain's sinister incel energy. All the internal conflicts and psychological dynamics are as smooth as the granite countertops and wood furnishings in Russell's catalog-ready home; the poorly Photoshopped framed photos have the only jagged edges to be found.

With a movie like Secret Obsession, the lack of nuanced social specifics and lifelike details is part of the appeal. It doesn't aspire to exist in the "real world" where people have conversations about politics, pop culture, or even insurance bills. (The flashback banter here between Jennifer and her "real" husband is hilariously bland.) Instead, it creates a nebulous, context-less version of reality where a character can deal with trauma, escape an abusive partner, and confront the past with a singular focus. It's a universe where all problems can be solved by driving off into the sunset -- or, if that doesn't work, bonking someone on the head might offer a temporary solution.