Is 'Serial' Season 2 Worth Listening To?

By Anna Silman, and Matt Patches

Sarah Koenig's episodic investigation into the murder of Hae Min Lee gripped America in the fall of 2014, turning This American Life's spinoff series, Serial, into the first podcast phenomenon. Season two landed with a splash on December 10th, but reactions to the first episodes were mixed, prompting many to wonder if Serial was still Serial if it didn't explore possible wrongful imprisonment, as it did with Adnan Syed. One of our writers, Matt Patches, loves season two; another, Anna Silman, is skeptical. They talked it out.

Matt Patches: Anna, you and I were committed listeners of Serial season one and both cued up the premiere of season two as soon as it crept onto our podcast apps on one lukewarm, December morn. Real talk: I was thunderstruck by the premiere, which, for those lagging behind, teams Koenig up with Hurt Locker and Zero Dark Thirty screenwriter Mark Boal to tell the war story of Bowe Bergdahl, kidnapped by the Taliban-aligned Haqqani network in Afghanistan in June 2009, released in May 2014, and should conclude before Bergdahl is tried in court for his original act of desertion. The premiere was intense material that didn't rely on page-turning tactics, feature writing where the character voices came in loud and clear. A breath of fresh air, really. When people rolled into the office, I exclaimed, "Season two rules!" I'm paraphrasing your response, but I think it was something along the lines of, "This kinda blows."

Anna Silman: OK, so maybe I was a little hard on Team Serial at the beginning. Having listened to the first three episodes, I'll concede that it's cleverly done. But for me, and I think for a lot of people, the amazing thing about the first season of Serial was its riveting pacing. Sarah Koenig took this story that nobody knew about, with this cipher of a guy at its center, and just pulled us back and forth on this emotional journey. Every time we had made up our minds about Adnan's guilt or innocence, the rug was pulled out from under us. The journey was addictive. It's not that season two has a bad story -- and it would make a great book, or a great movie, as I'm sure it will be soon (thanks Mark Boal, Megan Ellison and Annapurna Pictures!) -- but for a serialized podcast that requires a ton of investment, it lacks an element of urgency or mystery that forces me to tune in again. I pretty much believe Bergdahl's version of why he left the base, and while the details of his captivity and the broader interrogation of military bureaucracy/the ethics of war etc. are interesting, what is Serial really adding here? Why should I devote X hours to Koenig and Boal's version of this story instead of just combing through a few longreads and calling it a day?

Patches: I think you've hit the nail on the head: Serial was addicting. Whodunits are a drug. In small doses, they provide a nice little, imagination-spinning high. They can also turn us into junkies. When page-turning mechanics become the driving force of a story, we become more concerned with question-asking than character-observing, racing to the nearest Reddit thread for one more hit of fuzzy facts. Was anyone thrilled with Koening's sendoff to Adnan? The reporting was incomplete. She knew it would be when they started, intending to mix journalistic reporting and amateur sleuthing in hopes of discovering deeper meaning down the road -- or not. But the week-to-week schedule gave audiences time to fill in the blanks. Serial was out of her control, paralyzing both Koenig's story and listening experience. Weeks after the season finale, people were still piecing together clues, interviewing tangential players, and trying to "crack" the case. Serial season one wasn't a story. Season two asks us to ditch our whodunnit habits for a thriller with substantial intrigue. This time, instead of figuring out what happened, Koenig will go off and find out why it went down.

Silman: I definitely think there's satisfaction to be gained from season two's more sweeping and substantive narrative, but it was season one's open-ended nature, and the way that it snowballed out of Koenig's control, that made it singular. I really think you've got to evaluate Serial season one as more than just a podcast; the show galvanized public interest in a way that few stories do nowadays, morphing into this interactive DIY detective project that transcended the true-crime genre. Season two doesn't have the ability to become a conversation-starter in that way -- we've already heard a lot about Bergdahl's story in the press, and Koenig won't be the preeminent authority on his case like she was on Adnan Syed's. This time, she's chasing a bigger, pre-existing story and trying to make sense of it. Unless Bergdahl pulls a Bobby Durst and confesses to being a Taliban sympathizer on a hot mic in Mark Boal's bathroom, I think it will continue to disappoint those captured by the first season's imprinted importance.

Patches: That's fair. The jazzy style of season one was a huge risk that paid off huge reward. Replicating the experiment might look a little cheap, not to mention feel terrible for Koenig. I remember a joke she cracked during a 2015 talk at the Brooklyn Academy of Music: "I really miss the days when nobody gave a crap what I was doing." But that's probably true! How do you snoop when everyone's watching? I get the sense that Koenig's biding her time with season two, piggybacking off Boal's reporting, facilitating this story in podcast form, an effort to keep the Serial machine running while she researches a more personal season three. The Bergdahl cases is anti-internet, in a way. Gone are teenage characters (super relatable), the high-school backdrop (super nostalgic), the meme-worthy evidence (super tweetable), and the gory details (super Law & Order: SVU marathon on TNT).

But I do think there's something for the clue-finders, here. Anna, you said you believe Bergdahl. I mostly do, too. And yet his early reflections still startled me. (1) He seems like a crazy person for agreeing to talk to Boal at length before his trail and (2) he has a serious hero complex. Because walking off the base and forcing a DUSTWUN is idiotic! There's one reason I think digging deeper and deeper into the documented (and undocumented) narrative can still "reveal" something: Bergdahl stands to be court-martialed in trial. He could receive a life sentence. Would he deserve it? And based on the first few episodes, do you find yourself caring?

Silman: I do think the show stands to do some really interesting and important storytelling. Kind of like how Making a Murderer is riling people up by exposing the flaws in America's criminal justice system, I think that as Bowe's trial progresses, Koenig -- who is a pointed, but sympathetic storyteller -- has the chance to unsettle all these military myths about duty and loyalty and individualism and patriotism and punishment and all the themes she's scratching at right now. Bergdahl's DUSTWUN caused this massive clusterfuck (not an official military term!) that endangered so many lives and cost so many valuable resources. People want to see him punished (and killed, if you believe her interview subjects). But I found episode three, "Escaping," which delved into the details of Bergdahl's torture and captivity, really affecting. I don't want to see the poor guy go to jail and suffer more than he already has.

One of the best parts of season one was getting to "know" Adnan and really feel like we were on the other line with him, and as the trial unfolds, I certainly think listeners will get more invested as they get to "know" Bergdahl, and as we see his legal fate unfold in real time. That said, I miss the element of intimacy that came from having Koenig and Adnan speak. Having Bergdahl filtered through Boal's recordings creates detachment. 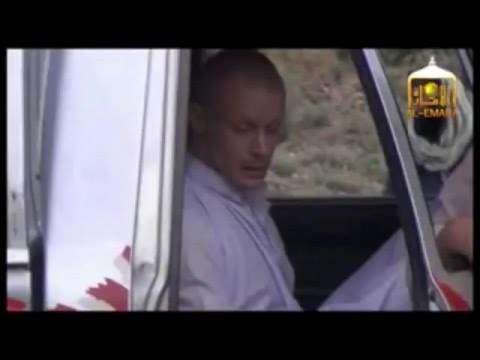 Patches: True, although what we lack in collect-call bonding time, we gain in composure and confidence. Koenig is a natural interviewer, but season one swung back and forth between time-crunched conversations and wheel-spinning chitchat with the main players. In season two, our host scene-sets as ferociously as Boal's Zero Dark Thirty did with actual picture, she collaborates with journalist Sami Yousafzai to connect with the Taliban, and every bit of info feels doled out at exactly the right time. She even makes a Star Wars joke to the Major who planned Paktika Province scout missions! Those revelations about the military's inability to actually get anything accomplished -- right after 9/11 and during the days of the Bergdahl search -- are exactly what's sucking me in this season. Bergdahl is a product, challenger, and nuisance of a flimsy system. I have no idea who I'll side with in the end. I'm thankful I can pick up the story and put it down at the end of the day. Who needs another all-consuming season of Serial? Screw plot twists and cliffhangers. I want my profundity!

Silman: So maybe Serial season two's response to season one is a less nail-biting story with a more satisfying conclusion. I'm open to that. But for all my high-minded talk, if Sarah doesn't start rolling out some big juicy revelations soon, I feel like it's just going to get knocked off my listening queue. I'm sorry! Maybe I'm callous and shallow. Am I callous and shallow?

Patches: You are not callous and shallow. But you do have me wondering if Mark Boal keeps a hot mic in his bathroom.