Saturday Night Live's game show sketches can be hit or miss, but many that have aired over the years have been instant classics -- especially when they were derailed by Burt Reynolds and Sean Connery. So suck it, Trebek, and join us as we look back at some of SNL's finest game show parodies. 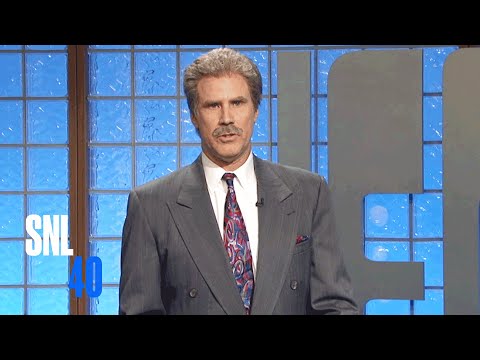 Trust co-hosts Tina Fey and Amy Poehler to give us one of the edgiest game show parodies we've seen in years. In this controversial sketch, unsuspecting men Kenan Thompson, Taran Killam, and Bobby Moynihan are introduced to their "second wives," who range from eighth-grader to unborn fetus. The sketch may be jarring to watch, but it's certainly not unrealistic. Right, Donald Trump?

Even if you're sick of this sketch after the third or fourth or 100th repeat, Kenan Thompson's feel-good energy never stops being contagious. We hope Jason Sudeikis's jumpsuit-wearing sidekick Vance is still out there dancing somewhere. 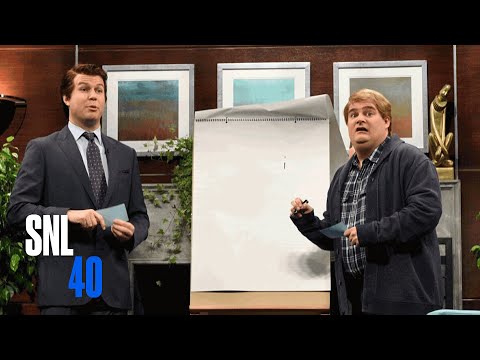 This "Win, Lose, or Draw" parody managed to be both provocative and tasteful about a sensitive subject, all while teaching you what not to do on your next family Pictionary night.

This recurring '70s game show sketch gave us one of Kristen Wiig's greatest characters: washed-up Broadway actress Mindy Gracin, star of hit flops like "Kenya Karen and the Watubi Crew," "The Incoherence of Miss Tiffany," and "Wigwam Suzy and the Corn Maize Crew."

The sketch that gave us Kate McKinnon’s Jane Lynch (“America’s No. 2 lesbian”) is a worthy successor to "Celebrity Jeopardy" in terms of wacky-brilliant celebrity impressions.

From a time when racial tensions on SNL were high (something Chris Rock has spoken about at length), this sketch about an Italian-American game show host (Joe Pesci, at his best) singling out a black contestant packs a real punch.

This glorious sketch seems to have been lost to the annals of history (at least online). You can still read the transcript (click the sketch title above) -- although no script can do justice to Billy Crystal's Sammy Davis Jr. impression. Martin Short, playing the titular albino lounge singer, proves why he's one of SNL's all-time MVPs. 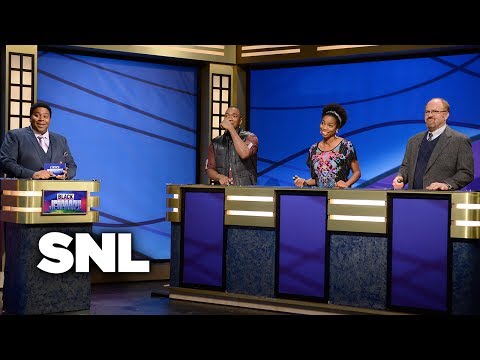 It's hard to do something new with the Jeopardy format, but this recent sketch shows how sharp and funny SNL can be when it stops treating race with kid gloves. Elizabeth Banks is delightfully clueless as the show's lone white contestant.

Chris Farley is hilarious as a befuddled American tourist who ends up playing a particularly brutal Japanese game show -- even if Mike Myers and Alec Baldwin playing Japanese characters would never fly nowadays.

Jay Pharoah, Kenan Thompson, and Jamie Foxx play contestants trying to tell the difference between photos of similarly named, similar-looking white dudes Dylan McDermott and Dermot Mulroney. If I can come up with a comedic idea this self-contained and perfect just once in my life, I will die a happy woman.

On this game show for Seinfeldian stand-up comics, Jerry Seinfeld spoofed his influential cadence and joke-telling style ("What's the deal with [blank]?!") to very funny effect.

This delightfully '70s Match Game parody has some pretty great character work all around, most notably Shia LaBeouf's performance as unicorn-T-wearing "Master of Illusion Dirk Densten." 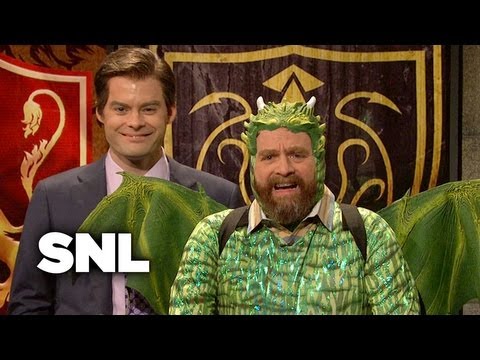 If you're the kind of person who knows the sigils of every house in Westeros but not the capital of Wisconsin, this is the game show for you.

Turns out that repeatedly yelling about Ditka and "da Bears" in a thick Chicago accent is just as entertaining in game show format.

This spot-on spoof of melodramatic Lifetime movie tropes is anchored by a perfectly creepy Bill Hader, whose natural gravitas and impressive range of eyebrow movement made him the go-to game show host during his SNL tenure.

SNL has done a lot of Family Feud parodies in its day, but the simplest approach -- putting in a bunch of your best original characters (and original cast members) and letting them run wild -- is still the best one.

Contestants Will Forte, Ashton Kutcher, and Kristen Wiig are challenged to name anything they can -- literally anything -- about the extremely popular cable show Burn Notice. They can't, probably because Burn Notice is a total Dad Show.

Anna Silman is a staff writer at Thrillist Entertainment. She'll take the penis mightier for $200, Alex. Find her on Twitter: @annaesilman.